Canton improvements on the horizon 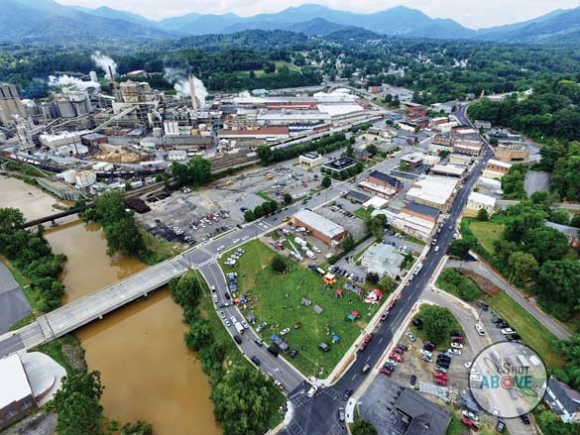 The town of Canton has scored several small victories of late in its effort to diversify its economic base and improve services and amenities available to residents.

Now, a recently completed capital improvement plan will make it even easier for members of the town board to prioritize future upgrades and expansions in eight town departments or divisions.

“Basically it’s more or less a planning document for what type of projects we have going on, or what we’ve discussed,” said Jason Burrell, Canton’s assistant town manager and economic development director.

Burrell, a Candler-area native with a political science degree and master’s of public administration from Western Carolina University authored the plan, “pecking away” at it over the course of a month. The board formally adopted it Sept. 22.

“It’s more of a tool that can be used and looked at moving forward, especially around budget time,” he said.

Burrell hopes the document can serve as definitive information for Canton’s decision makers, who will have the ultimate say as to whether or not projects are prioritized or funding is allocated.

“So next year, come budget time, we can go, ‘OK, these are things we’ve talked about doing or implementing — do we still want to do that, or not?’”

The plan also serves a larger purpose — not just an internal one, but also an external one.

“For grant funding, you have to have a capital improvement plan,” Burrell said. “They want to see that you’ve thought about this project far enough in advance that you‘ve got a good handle on it.”

Most granting agencies view such plans as a basic competency check reflective of the town’s leadership, organization and ability to pull off large-scale projects (see Recreation master plan story, p. 42); such plans also assure grantors that their funding will go to the most qualified entities, and not just those who apply for funding simply because it’s available.

Some of the more expensive projects originate in the Water and Sewer Department. For example, a failing water line that serves six customers on Warner Drive could cost up to $20,000 to replace, but consolidation of the Crossroads Hills Water Association into the town’s water system could cost up to $2.3 million without grants.

“Water and sewers is where you get into that far-reaching infrastructure expansion,” Burrell said. “But I think recreation is good because we’ve been focusing on and the board’s been focusing on how to better develop our recreational assets.”

Improvements to Camp Hope, the Rough Creek Watershed and the IP Sports Complex could run as high as $930,000 without grant funding and present board members with some hard choices about where, exactly they wish to expend their political capital.

Regardless of what board members do — or do not — choose to pursue, Canton’s capital improvement plan foreshadows improvements the town hopes will continue to attract businesses like the recently recruited Western Carolina Freightliner and BearWaters Brewing.

“I think the capital improvement plan is just putting everything on paper, but I think, too, the projects are representative of the vision and goals of the board and staff in terms of progressing,” Burrell said. “At the end of the day that’s what it boils down to — I think we provide a very high level of service for what people pay in terms of property tax and everything else. At the same time, how can we focus on adding value to that at the same time not going up on property taxes?”