Thoughts on diversity from a white guy 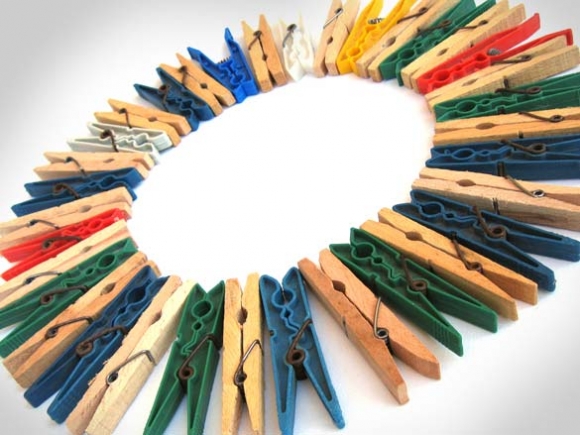 More than 20 years ago, I attended a diversity training in Raleigh. A component of the training was to pair up with a partner, choose a group we identified with, and name something about that group that we never wanted to hear said again. The group identity I chose was white male.

I thought of that diversity exercise when I read two recent blog posts on one of my favorite websites, On Being (www.onbeing.org). One was entitled “The Questions We Dare Not Ask, and the Moments before Birth” and the other was “What I Said to My White Friend When She Asked for My Black Opinion on White Privilege.” A quote from one of the posts read, “I hope what I’ve shared makes you realize it’s not just strangers but people you know and care for who have suffered and are suffering because we are excluded from the privilege you have to not be judged, questioned, or assaulted in any way because of your race.”

I don’t recall what I said during the diversity training, but the experience of being judged and questioned that this quote represents is close to why I chose white male as my group identity. At the time, I was directing my life and work away from journalism toward faith-based human services, and I sought out activities and people that would broaden my understanding of inequality on several fronts — race, gender, sexuality, etc.  Today, I think I seek more inclusiveness because of those conversations.

Still, I am a white male from a lower middle class household in Charlotte, and while I don’t tend to claim or express pride publicly in those identities, neither do I want to put my own experiences or ideas on a shelf in order to be more inclusive. And if I ever had the privilege of not being judged, questioned  or assaulted because of my race or gender, I didn’t feel like I had that privilege by the time I attended the diversity training. Nor do I feel like I have it today.

My own experience with these types of feelings dates back to the early 1970s when I was in middle school. Due to a federal lawsuit, the Charlotte-Mecklenburg School System had devised a busing plan to achieve better racial integration. For six years, I spent two hours each school day riding a bus to middle and high schools in predominantly black areas of Charlotte.

It was an invaluable social and cultural experience for me, but about the only violence I witnessed was racially motivated, due in part to tensions created by this busing program. It didn’t affect me directly, though, until my last day of middle school, when I got in a fight with Jerome, a black male from a neighborhood called Hidden Valley. Jerome and I rode the same bus, but didn’t know each other.

The fight occurred in the final hour of a daylong festival for ninth graders. My teacher had sent me to sell the remaining sodas, so my friend Cindy and I set out for the other classrooms. When we returned to our building, Jerome and two other black males demanded that I give them a soda. I declined, and Jerome knocked the box I was carrying out of my hands and sodas rolled everywhere.

I’ve never been one to use the N-word, but I did suggest that Jerome had an inappropriate relationship with his mother as I scrambled for the sodas. Jerome and the other two circled me, and Cindy ran off. Fortunately, we landed only a couple of blows before a teacher arrived, and my middle school experience ended in the principal’s office. Jerome and I didn’t speak when we boarded the bus, but a little while later an empty soda can beaned me on the head. Jerome got off at his stop and I never saw him again. I suppose his block in Hidden Valley got sent to a different high school.

Maybe that Charlotte busing experience was on my mind when I took the diversity training, but it also may have had to do with using inclusive language for God. Several men and women in my church were lobbying leaders to use more gender inclusive words for God in sermons, hymns and scripture readings and a congregational meeting was scheduled to discuss it. My own thoughts were moving away from God as male or female, toward the idea presented in Exodus where God tells Moses “I Am Who I Am,” but that’s not what I said during the congregational meeting. What I said was that we might also want to stop referring to Satan as male. It seemed to be a minority opinion.

More recently, I’ve discovered a sense of Southern pride I didn’t know I felt until a conversation brought it out. A couple of years ago, I dated a woman from Miami Beach whose family used to fly to New York for holiday shopping because “there was nowhere to shop in the South” in the 1970s and 1980s. Really? We had good highways, airports, and chambers of commerce throughout the South. It seemed cool enough to me.

And I love North Carolina, but hadn’t claimed that as a source of pride until Bruce Springsteen canceled a concert here a few months ago because of our infamous bathroom law. My thinking is in line with Mr. Springsteen’s and LGBTQ activists advocating for a transgender person’s right to choose. Still, I feel like we were targeted for this particular political battle and that doesn’t feel good. We may have a bad public bathroom law, but my alma mater, our oldest and most famous university, is facing the worst allegations in NCAA history for letting students take fake classes so they could participate in athletics.

So North Carolina obviously has some soul searching to do that touches on a broad spectrum of gender and race issues. Should Mr. Springsteen’s fans here have to wait until our state’s politics are synonymous with his before we hear him sing “Land of Hope and Dreams” live again? What if another member of the mighty E Street Band dies before that happens?

I guess what I’m saying is I too feel judged for who I am. I have for most of my lifetime and I accept that as part of the process of being inclusive. I think we owe it to ourselves to stand together as witnesses and survivors in a culture that tends to exclude not only people, but the idea of inclusiveness. We should cure ourselves of our belief in absolute rights, and that anyone possesses the absolute knowledge or power to define the next step. We need to close the distance between progress as defined by laws, policies and procedures and progress embodied in the human act of caring, and that can only come from conversation that values everyone’s experience.

I can’t remember if my female partner in the diversity training was white or black. I recall that we listened to each other, and named what we named about our identity groups, then stood and spoke on each other’s behalf to the other participants.

That remains a powerful moment for me as I continue to ponder what it means to be a white guy from North Carolina who very much wants to be part of a more inclusive culture.

(David Teague is a writer and works with intellectually and developmentally disabled persons. He lives in Waynesville. This email address is being protected from spambots. You need JavaScript enabled to view it..)