Campolo urges churches to get involved and change lives 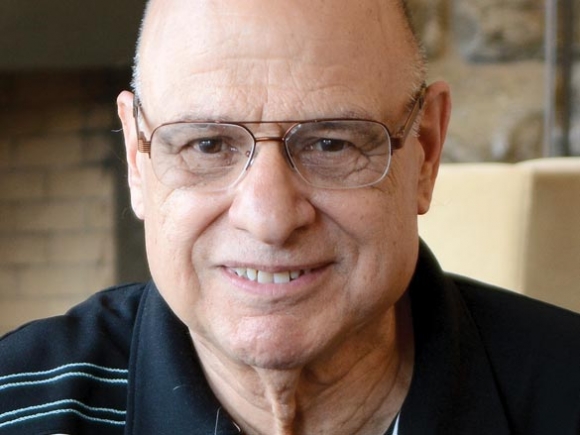 For Tony Campolo, spending last week amid a gathering of senior citizens from across the Southeast was just about the most exciting thing imaginable. And that’s even taking into account that he views “exciting” as an overused word that’s best avoided.

“But it is exciting how much these people are still seeing themselves as movers and shakers in local churches and in their communities,” said Campolo, partway through his week speaking at Lake Junaluska Conference and Retreat Center’s Festival of Wisdom and Grace. “You don’t have a group of people who have ‘retired.’”

Campolo, 81, is internationally known for his work as a preacher, teacher, author, activist and evangelist. He’s written more than 35 books, is an emeritus sociology professor at Pennsylvania’s Eastern University, founded a movement of Christianity called the Red Letter Christians — the movement takes its name from its emphasis on the “red letters” of the Bible that contain Jesus’ words — and has traveled the world in the process. Suffice it to say that in Christian circles, Campolo is a big name.

But Campolo’s passion lies with the small pictures that make up the big one — the individual people and communities whose small impacts combine to make a collective splash in the world.

“Margaret Mead said it well,” Campolo said, referring to the quotable anthropologist. “The world has been highly influenced by what small groups of people have done when they got together. Then she paused and said, ‘It’s the only thing that has ever changed the world.’”

It’s been refreshing to see the energy with which the senior citizens attending the conference grabbed onto that truth, Campolo said.

In fact, Campolo doesn’t see himself as having anything new and previously unheard of to declare to these wise, experienced people sharing the week with him. Instead, he sees his role as reinforcing and articulating the feelings that have already been bubbling up inside them.

It’s an assertion underscored by a woman who interrupted Campolo’s interview with The Smoky Mountain News to give him her thanks.

Jack Ewing, director of Lake Junaluska Assembly, would agree. Ewing can remember hearing Campolo speak decades ago, when he’d come to preach at the church in Minneapolis Ewing attended at the time.

“I can still remember stories that he told and titles of sermons that he gave,” Ewing said. “He is a very memorable preacher.”

Campolo, himself in that age bracket of older Americans, sees clearly the need for passion in America’s churches. He looks out and sees a political landscape characterized by childishness and character defamation, race relations strained to the breaking point, violence making refugees out of millions, unfettered consumerism and a church that’s often placid and ineffectual in making a difference.

It’s often said that young people are the future of the church, the nation, the government, what have you. And that’s true, Campolo said. But older people are the here and now, and they’ve got a dazzling array of tools at their disposal to make a difference. Time, for those who are retired. Expertise and wisdom gained from a lifetime of living. And, often, money that can be directed toward a cause.

“These older people are saying, ‘We’ve been too passive,’” he said. “’We haven’t gotten our churches involved as they should have been involved.’ What a speaker like myself tries to do is say lets not bemoan the past — let’s go change the future.”

For all the failures he’s witnessed churches make during his years in ministry, Campolo still very much believes in the institution. A gathering of people united by their love for God and people — what could be more powerful?

“I think the church is the greatest thing since sliced bread,” he said, “and I think we have lost so many young people because they don’t really get the message that being part of the church is the best way to impact the world.”

In the past 25 years, he said, rates of illiteracy, lack of access to clean water, and child starvation have all plummeted. Campolo believes the church has been a big part of that.

“Who drilled so many of these wells?” Campolo said. “If I go down to that group of elderly people who are here and say, ‘How many of you have traveled to a third world to help drill a well?’ hands would go up all over the place.”

Not that need is limited to far-away developing countries. Much of it is right here at home. If churches across the country woke up and figured out just a few small-scale, concrete things they could do to fix the ills sweeping the nation, a lot would probably change, Campolo said.

“It can be as small as meeting a young man coming out of prison and helping him get a new start in life,” Campolo said. “It can be as simple as making sure the government knows there’s a family, there’s a church that wants to help settle a refugee family.”

Small gestures, affecting just one or a few lives, but in real and impactful ways that spread ripple effects for years to come.

Not that Haywood County — including both the 24 percent of its people who fall into that 65 and older age bracket and the 76 percent who are younger — doesn’t have engaged churches. From the widely supported Haywood Pathways Center that transitions homeless and recently jailed people back into a productive community life, to Haywood Gleaners, which gets produce that would otherwise rot in the fields to people who can use it, Haywood’s got its share of energy. But there’s always need for more.

And on a relationship level, not necessarily a political one. While Campolo is forthright in saying he’s a Democrat — he spoke at the Democratic National Convention this year and was Bill Clinton’s spiritual advisor during that administration — he’s also adamant that Christianity isn’t a political thing.

“The church has got to come to grips with the fact that the kingdom of God is not going to come down from Capitol Hill,” he said. “It’s going to emerge from the bottom up.”

Some churches try to make Jesus into a Republican, and others try to make him into a Democrat, but in reality Jesus wouldn’t be looking to hop onto either party bandwagon, Campolo said.

There’s a different vision out there, and it transcends party politics.

“The world is hungry,” he said, “for not just young people but old people who are dreamers and visionaries.”