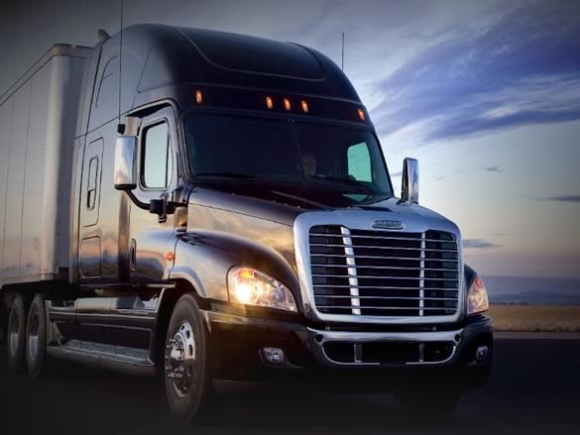 The recent announcement of one business’s relocation plans in Canton may lead to other Asheville-area corporations — and residents — considering the town as a convenient, affordable alternative to living and working in Buncombe County.

Asheville’s “Land of the Sky” motto is strikingly similar to Canton’s “Where the mountains kiss the sky” tagline, and the similarities don’t end there — both offer easy access to Interstate 40 and both seek to diversify their economies.

But what Canton has that Asheville doesn’t is cheap real estate and room to grow.

What Canton also has that Asheville doesn’t have — or, rather, is about to lose — is a West Carolina Freightliner truck dealership.

“We have a facility in Asheville at [Interstate 40] exit 44, and our facility there, we’re leasing the property,” said Rick Gibson, president and general manager of West Carolina Freightliner. “Basically we’re landlocked with no room to expand, but we want to stay in the Asheville area.”

Gibson said that after looking up and down I-40 for about six months, they found the perfect piece of property in Canton — the former An-Ton Chevrolet Dealership at 750 Champion Drive, just yards from I-40 exit 31. Around five acres in size, the property was purchased for $1.75 million.

“We want to be the market leader, and in the facility we’re in, there’s no way we could do that,” he said.

In press release, executive director of the Haywood County Economic Development Council Mark Clasby said that the full-service Freightliner and Western Star dealership that also offers parts and service would bring 35 “good-paying jobs” to the area.

Gibson said that West Carolina Freightliner’s lease is up next April; he hopes to be operating in Canton by March.

“It’s not the most desirable building and we’ll have to spend a ton of money to fix it up, but the ease of getting up in there was a factor,” said Gibson, who wants to double the number of service bays available.

One Canton town official can’t wait to welcome Gibson and WCF to Canton.

“I’m very excited that a new tenant will be occupying the vacant An-Ton property,” said Alderman Zeb Smathers, who is also a member of the Haywood County Economic Development Commission. “An-Ton was an important part of Canton’s economic past, and I feel Freightliner will help write the next chapter in our economic development.”

Smathers said he hopes that Freightliner will become a catalyst in helping the town promote its I-40 corridor.

“Freightliner will create a permanent need for related services such as food and retail,” he said. “I think it will also inspire businesses to locate on an exit that is crucial for people leaving and entering not just Tennessee, but Western North Carolina,” he said. “Not one person can travel to Cherokee, Western Carolina University, or other great locations without first passing through Canton. We serve as the new ‘Gateway to the Smokies.’”

Although Smathers may be a bit premature in usurping Waynesville’s claim as the Gateway to the Smokies, Freightliner could help Canton ameliorate the dubious distinction of having the highest municipal property tax rate in Haywood County.

“A tax rate is just one factor businesses consider when relocating or opening,” Smathers said. “My belief is that Freightliner saw the success of other businesses like Ken Wilson Ford, the proximity to Asheville and Tennessee, and our eagerness to assist with economic development and job creation to make their decision. In the end, Freightliner believed in Canton, the Haywood County workforce and our attitude that we’re open for business.”

“We want to double our capacity and be there for a long time,” Gibson said. “We’ll be looking for technicians and talent in Canton.”