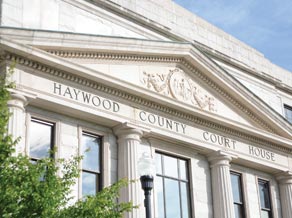 If you’re against it, he continued, it’s called a “doghouse.”

Such is the catty contention surrounding the controversial new $3.35 million proposal to replace the existing animal shelter on Hemlock Street with a new, state-of-the art facility. Despite the disagreements, though, Haywood County Board of Commissioners took several actions at its most recent meeting to continue moving forward with the project.

Haywood County Finance Department Director Julie Davis called for a special information meeting for members of the public to be held at 5:30 p.m. on Monday, June 20, in the Historic Courtroom of the Historic Courthouse on Main Street. The meeting is a prerequisite to apply for a U.S. Department of Agriculture Rural Development loan for the construction of the proposed facility.

Davis also went on to call for a public hearing regarding the acquisition of an interim construction loan for building and outfitting the facility; this, too, is a prerequisite to applying for the loan.

Later in the meeting, Davis received unanimous approval from the board to pay a $1,250 application fee to the North Carolina Local Government Commission for the construction loan.

None of these actions obligates the county to move forward with the proposed facility; instead, they all keep the project on track for a final vote on July 18. Paying the application fee now helps ensure the project — if it’s approved by the Board of Commissioners — can move on for approval by the Local Government Commission August 2; if the project ends up not being approved at any point, that $1,250 fee is generally non-refundable.

Although the proposed facility would only cost county residents about $2 each, each year, for the 30-year term of the financing, it’s not been without dogged debate. Commissioner J.W. “Kirk” Kirkpatrick said he’d been approached by his constituents about the issue far more than any other as of late; Commissioner Michael Sorrells concurred with Kirkpatrick.

Commissioner Kevin Ensley expressed concern about interest rates, which are currently at or near historic lows and are most likely headed upwards sometime during the 30-year term of the financing; Upton agreed and expressed reservations about that 30-year term, during which the county would be responsible for about $128,000 a year if rates don’t move. Kirkpatrick, Upton opined, was probably the only commissioner who would be around in 30 years.

While Upton seemed most concerned about burdening future generations with debt they might not be able to handle if the county hits a rough patch, Commission Chairman Mark Swanger is an unabashed supporter of the project and countered Upton by citing the fact that the county is retiring debt faster than it is acquiring it; he referenced the Haywood County Justice Center, Haywood County Law Enforcement Center, and the Historic Courthouse projects, which will be paid for by 2017, 2021, and 2025, respectively, relieving the county of substantial debt service payments before the proposed new facility is even 10 years old.