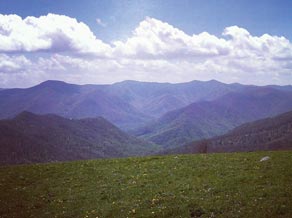 America has never been great.

Let’s just get that out of the way. Sure, we’ve had plenty of high points, moments solidified in time as historic milestones for humanity. But, all in all, we do right now live in, what many could say (myself included) is the greatest era of our country.

Throughout the entire 20th century, we had wars, economic collapses, political turmoil and societal upheaval. Discrimination, racism and sexism were running rampant in every corner of our culture. The poor got poorer and the rich got richer, and that was decades ago, a sad fact that still rears its ugly head today. And what about before the 20th century? Yikes. Well, if you weren’t a white male, life wasn’t peaches and cream, far from it, where it was more about suppression and injustice.

From my perspective, we as a modern society have no basis of history. Either you were too young to remember anything of substance to compare and contrast in your current outlook, or you’re sincerely naïve in saying the “good ole days.” Well, my brothers and sisters, take off those rose-colored glasses, because, hot damn, the “good ole days” were actually a big pile of shit that sentimental folks either weren’t exposed to or are so far removed from they forgot the smell.

War, a teetering economy, social change and the unknowns of tomorrow are common sentiments in any era of the United States. Hell, that’s the entire mentality of our existence on this planet. It is just part of the growing pains that a country like ours goes through as we evolve and figure out just who we are, and where we want to go.

Now, in all my travels as a journalist, I can confidently say that the average person in our great land is a genuinely good person. It’s true. The problem lies in that the loudest voices, in terms of pushing the national agenda, tends to be those of very limited personal interest and vast political and monetary influence. In essence, John and Jane Q. Public — you know, your neighbors — are pretty great, but too bad they don’t hold any clout in D.C. 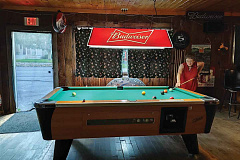 For me, I grew up in an “older” household, you might say. My parents were married some 13 years before they had kids. My father was a teenage football jock of the 1950s and my mother was a flower child of the 1960s. So, as I came along, I had first-hand history in my household of those eras as the foundation for my curiosity of America and our place in the world.

It’s funny when people talk about the “good ole days,” especially if their voices come from a body that’s older than 60. OK, yeah, if you were white and living in suburbia, all was right in the world, or your backyard at least. You had the Kevin Arnold and Winnie Cooper childhood, and it’s no wonder you look back fondly on your adolescence.

But, what about the things that were beyond the horizon of your neighborhood, beyond your scope of understanding? What about the Jim Crow laws of the South that oppressed African-Americans? What about women being told they would never leave the kitchen and pursue their dreams? What about the gay community in utter fear of being found out and possibly sent to jail for loving someone of the same sex? What about the Hispanic field workers who were looked at as nothing more than, well, cheap slave labor? What about the environment and the pure insanity of death and destruction conducted by corporate chemical companies?

The 1960s were a tumultuous time for African-Americans, women, gays, immigrants, and the environment. Sound familiar? Just spin the clock ahead 50 years and you’ll see we’re still fighting the same fights, still trying to find traction in a society that still has it’s feet stuck in the muck of misinformation and fear cast down upon them by the powers that be.

Track down the old newspaper clippings at your library, the black and white footage on YouTube, or the perfectly depicted CNN series “The Sixties” (now streaming on Netflix). Dig a little deeper and see just how fucked up this country was, and has always been.

And yet, I still believe in the good of humanity. Because for every one step we take back in social progress, we trudge hard to earn two steps forward. I think of the 1960s. I think of Civil Rights leaders against great odds, of Gloria Steinem and the “Feminist Movement,” of Cesar Chavez and the “Brown Movement,” of the Stonewall Riots and those in the LGBT community who fought back, of Rachel Carson and the eventual Clean Water and Clean Air acts that ensured the future of public health.

I think of those people, those events and movements, and I feel pride as an American, and as a human being, that there were people who stood up against the scrutiny of their time and knew humanity could do better. I think of those people, and I wonder where their modern day torchbearers are? We’ve come so far, and yet, there’s still so much further to go. The road is long, but bountiful to those in search of truth and pure intent, kindness and acceptance of fellow man.

1 Poet and novelist Fred Chappell will read and sign his new fantasy novel A Shadow All of Light at 6:30 p.m. Friday, May 13, at City Lights Bookstore in Sylva.

4 Paint Nite Waynesville will be held at 7 p.m. Friday, May 13, at the Panacea Coffeehouse.

5 The Strawberry Jam will be held May 14-15 at Darnell Farms on Governors Island Road in Franklin. The festival will open at 10 a.m. daily.