A polite listener for those bizarre stories

I have always been an Art Bell fan, and judging from the extensive archives on YouTube, I am not the only one. For the past 20 years, Bell has been acknowledged as the “King of nighttime radio” and usually holds forth around midnight from some remote site in Australia or the Mohave. His program is always a call-in show with names like “Coast to Coast,” or “Dreamland” or currently, “Midnight in the Desert.”

Despite his popularity, he frequently announces he is resigning and vanishes for long periods, leaving his program in the hands of other personalities who retain the show’s topics and philosophy. Bell always returns at the request of faithful audiences.

However, in his most recent resignation he stated that he was no longer willing to subject his family and/or himself to “stalkers.” Apparently, he is being harassed by both mentally unstable fans and “people who are determined to stop his programming.” He may be truly gone this time.

What do Art Bell’s callers want to discuss?  Essentially, it is “the strange, the unusual and the unknown.” Specifically, that includes UFOs, demons, the paranormal (telepathy, poltergeists, etc.), “out-of-the-body experiences, angels, Big Foot (in all of his incarnations), Roswell and Area 51 (the site of the alleged UFO crash), archaeology sites that have uncovered the remains of both giants and “little people.” Occasionally, Art has guests who are usually experts in some field such as astronomy, biology, chemistry, etc. who are willing to discuss bizarre aspects of history, or topics such as the Shroud of Turin which is a relic that many believe is actual burial shroud of Christ. A popular guest is Whitney Strieber, a well-known sci-fi author who claims to have been repeatedly abducted by aliens.

There have been a number of distressing episodes in which Bell found himself interviewing people with dangerous agendas. This is especially true of conspiracy theory advocates and people with associations with political violence. Bell usually manages to control these situations although there have been a few in which he lost his temper or found it necessary to end the interview.

However, the real secret of Art Bell’s popularity is his method of talking to people. Every person who calls in and every person who appears on Art’s show is treated with respect. If a housewife from Texas calls to tell Art about “a glowing rectangle” that descended in her garden and then vanished, Art will be the perfect host, asking what time of day, were there any witnesses? Any evidence of the visit left behind? Art is never skeptical; however, he is always curious. In a field that is fraught with cults and hysteria, he is able to explore his topics with courtesy and rationality.

The Source bears the same objectivity. Art and Brad Steiger have explored “the arcane and sometimes bizarre” for many years and here is the best and the most controversial. Among my favorite topics are:

• Where did we come from?  Is it possible that we are truly “star dust”? Art talks to famous historian, Dr. Javier Darqua Cabrera, who is quite willing to discuss the possibility that we were brought here 400 million years ago.

• How do we account for how structures all over the world, (like the Great Pyramid and similar structures in Peru and Japan) were built?

• Was there a cover-up at Roswell? Was there truly a UFO crash (with two dead aliens and another that was whisked away?

• Art’s co-author, Brad Steiger, claims to have had an “out-of-the-body” experience himself. For Steiger, it was prompted by a near-fatal injury in a farm accident. Steiger compares his own experience with hundreds of others. If the experience is real, what does it suggest about life after death?

• The section that discusses angels, demons, possessions, ghosts and poltergeists is the most provocative in the book.

The Source is not a new book. First published in 1999, it immediately sold out and has been out of print for quite some time, with copies selling for $50 and $60 on ebay. Now it is back and readily available.

There is also a resurgence in interest in all things discussed here. Some of the old classics such as Charles Fort’s Book of the Damned is being reissued primarily because the information in Fort’s book is being reconsidered. The same is true of Eric Van Daniken’s Chariot of the Gods, which had much to say about the possibility that the earth was visited by aliens millions of years ago. (This book spawned a seemingly endless series of sequels that continue to investigate evidence of “an alien presence” in Egypt thousands of years ago)

Recent developments connected with The Freedom of Information Act indicates that information that has been long suppressed is being released daily. This is especially relevant in regard to topics such as Roswell. In addition, both the Internet and television networks are carrying some lush advertising for a new series by Michael Tellinger, who has just produced two impressive “free” programs dealing with new discoveries that will tell us some shocking details about the very items listed in this review: the origin of life on our planet, the pyramids, aliens, crop circles, etc.

Yes, it is all there, but it is not new. This reviewer has already watched both of the shows advertised and, yes, it is wonderful and I want to know more. In the meanwhile, I think I will go listen to another Art Bell interview on Youtube.

Suddenly, some radical changes in attitudes are being boldly stated, whereas for the past 20 years there has been a tendency to view writers like Eric Van Daniken, Charles Fort and Brad Steiger as “crack pots.” Yet, the “new revelations” that Michael Tellinger is proclaiming are the same revelations that Van Daniken announced 20 years ago. Even the Internet is announcing “amazing new discoveries” relating to a secret program called the Genesis Project. Well, I am delighted. Now that “The X Files” are returning, anything is possible. 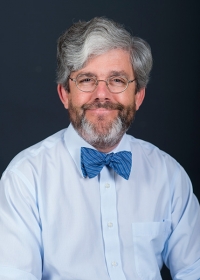 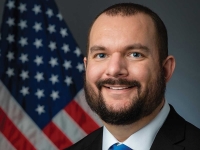 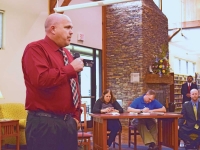 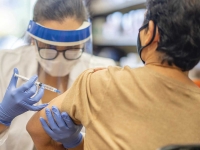