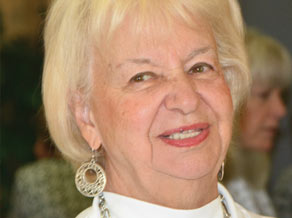 Jonnie Cure, a challenger in the Waynesville mayor’s race, has a history of liens, unpaid property taxes, foreclosures, small claims and personal bankruptcy over a 20-year span.

Cure ran her own real estate firm, Southern Exposure, for 15 years until 2008. During that time, she was hit with $200,000 in multiple liens for unpaid state and federal income taxes and related late penalties, according to court records.

Cure also racked up $24,000 in unpaid property taxes over four years in the late 2000s on two commercial buildings in downtown Waynesville that she owned through a joint trust with her son. The town and county eventually filed a foreclosure suit.

Cure’s dispute with the IRS and N.C. Department of Revenue over income taxes ultimately led her to file for personal bankruptcy in 2012.

“It is an unfortunate situation people can get into,” Cure said.

“Bankruptcy allows you to restart. It is a reboot button. You reload. That’s what I have done. I have recovered,” she added.

Cure said she had an ongoing dispute over many years with the IRS over how much income tax she owed. Every year that went by, another year’s worth was tacked on, along with interest and late fees, and the sum got bigger and bigger, leading to an inflated picture of what she actually owed.

She occasionally whittled away at the income tax claims against her but didn’t want to pay taxes she didn’t agree with. As a result, however, the sum just kept growing.

“At one time I paid a huge amount of taxes. I sold property and sold vacant land and thought I had settled everything with the IRS,” Cure said.

Over a period of several years, the IRS filed numerous liens against Cure totaling $177,000 for unpaid income taxes and late penalties, according to court records.

The liens typically lagged behind the year the taxes were for. First, the IRS had to catch the unpaid taxes. Then the IRS would attempt to collect. And when that failed, a lien would be filed — usually showing up in the court record three to five years after

The following is a list of IRS liens that appear in court records by tax year. The sum includes the unpaid income tax plus late penalties.

The ballooning IRS debt eventually led Cure to file bankruptcy. Cure said she enlisted professional advice of attorneys and tax advisors during her IRS battle, but eventually she arrived at the last resort.

“They said ‘Jonnie give it up. The IRS is too big and too powerful to argue with. You cannot fight the IRS. There is no solution to this. Declare bankruptcy,’” Cure said.

So she did. In 2012, Cure filed chapter 7 bankruptcy. Cure’s bankruptcy moved quickly, less than six months start to finish. It was quickly apparent to the bankruptcy trustee assigned to her case that she didn’t have any assets to liquidate or enough wages to garnish.

“It went away,” Cure said. “That’s what bankruptcy does for you.”

Cure’s bankruptcy filing also listed a few other claims, including a bill of $3,500 owed to Haywood Regional Medical Center and an unpaid bill for $9,000 from her tax advisor and consultant.

When filing bankruptcy, all assets have to be disclosed, including any interest or stake in a partnership, trust or joint venture. But Cure listed none, nor any savings.

With her only income being Social Security and monthly rent payments from renting out her house, she didn’t make enough to pay the huge IRS bill, or the other bills for that matter, and the bankruptcy court discharged all her debts, according to federal bankruptcy court filings.

“Bankruptcy is a legal remedy offered to people for many reasons. People use this remedy when they have insurmountable financial problems due to loss of a job, illness, tax problems, economic downturn, bad investments, medical bills, divorce ... and the list can go on and on,” Cure said. “I was advised that the appropriate legal way to resolve my problem was to declare bankruptcy allowing me to recover from the results of a mistake that led to the potential loss of my home.”

IRS payments weren’t the only thing piling up on Cure. By 2010, Cure faced liens of $24,000 in unpaid county and town property taxes on two commercial buildings in downtown Waynesville. The two buildings were held in a joint trust with one of her sons, Jorge.

Cure and her son had purchased the two buildings in the early 2000s as a business investment in the booming downtown Waynesville market. For a while, all was well.

The county and town eventually foreclosed on the two buildings to collect the unpaid property taxes.

Cure said she initially delayed paying the taxes because she wasn’t sure if she was going to keep the buildings or if she would refinance them.

“You are waiting for the sale and then you pay all your debts at the time of sale,” Cure said. “The back taxes and pending taxes are paid off at the closing.”

Cure saw no problem getting a little behind on the property taxes while she and her son figured out their plans for the two buildings.

“Sometimes you have to stretch out your tax payments and that’s what you do — you stretch them out,” Cure said. “That is a business practice that is very well known.”

But it dragged on longer than expected, and by 2008, the economy was in recession and Cure’s real estate firm was shutting down.

“Your world came to an end,” Cure said. “This snowballed on us.”

Ironically, Cure in part blames Mayor Gavin Brown — who Cure’s running against — for the hang-ups on her two commercial buildings. Brown had been the real estate attorney for the sale when Cure bought the buildings. She said he “screwed up” the deeds in a way that made refinancing them impossible when a balloon payment came due.

So the Georges paid off the taxes themselves to make the foreclosure go away, and then took back the buildings from the Cures. One of the two buildings, the Cures have since bought again from the Georges, however.

“We were good buyers. They had owner financed many properties to us,” Cure said. “When we offered to buy the property back, we wrapped back taxes into the resale of the property back to us.”

Other liens and small tax bills

However, Cure said many of these are bills racked up by tenants renting property from her. Unable to collect from the renters, the businesses filed liens against Cure as the property owner, like bills for heating oil that renters skipped out on.

Some appear to be linked directly to Cure, however, from an unpaid $300 bill to Southern Bell phone company in 1995 to unpaid bills totaling $715 for ads run in the Macon County News for Cure’s real estate training school.

Some liens were either settled out of court or dropped. Others resulted in court orders that Cure pay up, such as a $139 carpet cleaning fee for an office on Main Street.

While operating Southern Exposure real estate firm, Cure twice had liens filed against her by the N.C. Employment Security Commission for not paying unemployment tax. Both times were small amounts — $68 for the first quarter of 2003 and $99 for the fourth quarter of 2001 — and were paid off within a few months of the claim being filed.

Cure failed to pay her business personal property taxes in 2005 and 2006 for her real estate school, the Cross Country School of Real Estate.

Cure’s unpaid bill from 2005 was just $54 and was wiped away last month because the 10-year statute of limitations expired.

Cure still owes $27 in business property taxes and late fees dating to 2006, but those will likely be written off come next year — when the 10-year collection window on 2006 taxes automatically expires — unless the new county Tax Collector Mike Matthews decides its worth his time to pursue such a small sum.

Cure’s real estate training school went dormant for several years during the recession. She reopened in 2014, but failed to submit her inventory of business personal property with the county tax assessors office when she began operating again.

Business owners are legally required to catalog any equipment they use to operate their business — from desks to computers to kitchen ovens to shovels — with the county tax assessor’s office.

When the assessor became aware Cure was operating a business, they sent her a form to fill out and send back listing business personal property. She never returned the form, according to county tax assessor records.

“It could be that it was just lost in the shuffle,” Cure said, on why she didn’t list her business personal property. “Even though it is an absurd tax.”

Cure historically ran late on town and county property taxes on her primary residence, often not paying the taxes until months after they were due, ending up with penalties in the process.

Cure said that it is important to note the huge amount in property taxes that she has paid to the town and county on the various property she has owned over the last 20 years.

“It would blow you away,” Cure said.

Critic of taxes has less-than-stellar record paying them

Waynesville mayoral candidate Jonnie Cure has long been an outspoken critic of taxes in the county government arena and wants to dramatically rein in the role of government.

“The government takes so much of your hard earned money that is not theirs,” Cure said during a recent interview.

Cure has staunch views on what frugal government means, often skirting close to the edge that separates limited-government Republicans and Libertarians.

Here’s a public comment Cure made to county commissioners during a public hearing on the proposed county budget in 2009:

“I, as a property owner in Haywood County, according to your thinking, must provide not only for essential services such as fire protection, rescue, social services, health and schools, I am also required to build soccer fields and football fields and tennis courts and playgrounds. I am required to help you buy land for future uses. And I am supposed to pay for you to enforce ordinances you create. I pay for these and other activities whether I want and use them. You will simply pass a budget. The horror is you spend our property tax money. It is money taken from us without our consent,” Cure said.

“My picture of this whole event is I feel like somebody is picking my pocket a little bit at a time. Expenses here, expenses there. It is you the county commissioners taking our money and spending it,” Cure said.

He pointed out the irony of Cure’s complaints about taxes given her history of delinquent on her own taxes.

“What offends me is why you don’t pay your taxes,” Ensley said to Cure at April 2013 commissioner meeting following her public comments.