Visitor centers may be fading, but not into oblivion 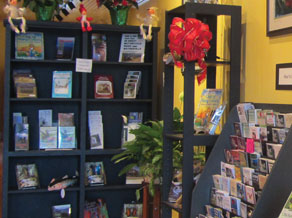 Do visitor centers still have a role in the new world of travel intel? That’s the question Haywood County tourism leaders have been pondering for the past year. And it’s not been an easy one to answer.

“We do know that the visitor center numbers are dropping which means the cost to operate them per person who walks through the door is going higher and higher,” said Lyndon Lowe, the chairman of the Haywood County Tourism Development Authority.

A special committee set out to study the visitor center conundrum last August and determine whether the money spent on visitor centers was worth it. In the meantime, the future of two visitor centers run by the Haywood tourism authority — one in Waynesville, the other in Maggie Valley — has been in flux.

“Right now we don’t know what exactly we are going to do,” Lowe said. “We are still discussing every possible option we have.”

The committee has oscillated between closing both visitor centers, closing only one of them, or finding a way to reduce the costs to justify keeping them open.

The visitor center study committee will share its latest thoughts and findings at a meeting with the full Haywood tourism board next week.

The visitor center was once an essential clearinghouse, the first place tourists hit when they rolled into town. They could grab a map of the local area, ask for restaurant recommendations and find out ticket prices for attractions. Or perhaps use a pay phone to call ahead to a hotel.

In the era of map apps (Yelp, Trip Advisor and Expedia) visitor centers no longer have a monopoly in the trip planning arena.

“The trend is definitely going toward information over mobile devices,” Lowe said.

Initially, the visitor center study committee leaned toward closing the visitor centers and putting the money toward marketing campaigns to draw tourists here in the first place, rather than help them craft itineraries once they got here.

But Lowe now thinks we haven’t yet reached the tipping point of visitor centers being passé.

“I don’t think we can get by without a visitor center,” Lowe said.

Lynn Collins, executive director of the tourism authority, agrees the traveling public isn’t ready to forsake the tried-and-true visitor center quite yet.

“People still want to talk to someone. They still want a paper map and a paper brochure,” she said.

Every day, tourists who casually wander into the visitor center on Main Street in Waynesville leave more enlightened when they walked in, an investment that ultimately pays off. A trip planner behind a desk can open doors that Google can’t.

“It can extend their stay or encourage them to come back for another visit at another time and tell friends and relatives about the destination and what a great experience they had,” Collins said. “Some of the folks that come in are day trippers and you are able to convert those into overnighters also.”

The visitor center in downtown Waynesville sees more than three times the walk-in traffic as the one in Maggie Valley. It hasn’t seen the same declines either. In fact, it even saw a bump in June and July of this year — there were 7,275 visitor center walk-ins during June and July this year compared to 6,500 for the same two months last year.

The Waynesville visitor center is on Main Street in the heart of downtown, well-situated to capture the casual stroller wandering in, rather than those intentionally seeking out a visitor center.

Walk-in traffic at Maggie Valley’s visitor center has dropped by half in two years.

However, visitor center stats aren’t a reflection of how well the tourism industry is faring, pointed out Beth Brown, a tourism board member from Maggie. Tourism has increased countywide four consecutive years, with the biggest gains in Maggie.

So while the visitor center walk-ins may have declined, tourism in Maggie Valley has done the opposite.

“The question is how do we respond to that,” Lowe said.

There’s another argument for keeping at least one visitor center open, Lowe said. The tourism development authority needs an office for its staff of five anyway.

The Waynesville visitor center currently doubles as their office, but there are downsides. The rent is steep on Main Street and an open floor plan with cubicle partitions for staff allows tourists to overhear the business side of the house.

Ben Glover, a tourism board member who’s also a Realtor in Maggie, came armed to the last committee meeting with a stack of property listings. Over lunch, the study committee pored over the pros and cons of location, price and space.

If the tourism authority only closes one visitor center, it would have to contend with the potential can of worms of which to close: the one in Maggie or Waynesville?

These are some of the many issues the study committee will address when it presents its findings to the full tourism board next Wednesday, which will have the final say on what direction to take.

Visitor centers: by the numbers

The Haywood County Tourism Development Authority operates two visitor centers. Below are annual numbers from the past two fiscal years, plus a one-month snapshot of July. 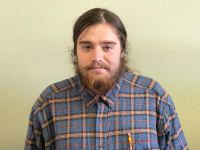 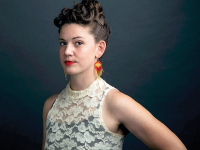 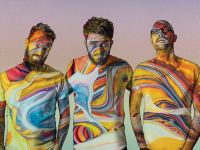 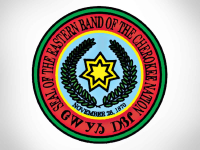