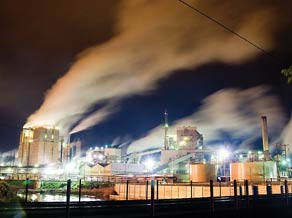 It’s a question I get a lot. “Why do you like Canton so much?”

It is posed to me more than most would think. And, I find myself often defending the character of a town that holds a special place in my heart. On the outside, Canton might not seem like much. But, that’s the thing — the “outside” — for if you really want to see the true beauty of a community, you need to dive deep, and with a curiosity that will only breed the most incredible people, places and things.

When I moved from Upstate New York to Waynesville in early August 2012, I didn’t know really anything about Canton, let alone Haywood County or Western North Carolina. All I knew was I needed work and The Smoky Mountain News took a chance on me.

And I’ll never forget my first night in Haywood County — Aug. 10, 2012. I had just driven through the night, 16-plus hours by myself, with barely any sleep or food. As I parked at our Waynesville office and got my assignments for the weekend, my publisher Scott McLeod informed me my first “official” story for the paper would be to cover Balsam Range’s album release party that evening for their new record “Papertown.” It was to be held at the Colonial Theatre in downtown Canton.

I had no idea who Balsam Range was, how to get Canton or where the Colonial Theatre is, or if I’d be able to write an adequate article on an event, people and genre of music I wasn’t that privy to at the time. But, with my entire truck still packed from New York, I headed for Canton.

The front door of the Colonial was locked when I arrived. I went around back and found an open side door in the alley. I heard someone playing an instrument onstage, warming up for the show. It was Balsam Range mandolinist Darren Nicholson. “Welcome,” he said with a handshake.

Nicholson introduced me to the rest of the band — all sincerely jovial and heartfelt folks, who have become dear friends in my three years since relocating here. I remember that first night vividly. I remember standing backstage in awe of Balsam Range, in amazement of their musical talents and also fascinated by all those faces in the crowd, people I had yet to meet who could (and did) become enjoyable fixtures in my daily existence.

And I’ll never forget what I felt and wrote when bassist Tim Surrett addressed the audience during their set:

“Stepping up to the microphone, Surrett saluted the crowd amid raucous cheers and applause. Outside, the tall steam stacks of the paper mill signal that there’s a lot more work left to do and tomorrow is new a day. ‘We grew up here and we played ball here,’ he said. ‘We live here and we think it smells just fine here.’”

That statement always stuck with me. When the show ended, I walked out the back door, into the warm, gentle air of a summer evening. I remember my slow footsteps back to my car. I inhaled the air deeply, as thoughts ricocheted around my mind. I didn’t know where I was, but I already felt at home.

You see, my hometown (Rouses Point, New York, population 2,200) was also an industry-run community. The economic center (and heartbeat) was a large pharmaceutical company that employed several generations of Rouses Point citizens, including many of my family members. If your mom or dad or relative wasn’t employed there, your friend’s mom or dad or relative was. It was a tight-knit circle of folks, just as it was for my father, who grew up the son, nephew and grandson of iron ore miners in a mining community deep in the heart of the Adirondack Mountains during the 1940s.

Thus, it’s no coincidence that I would find myself attached to Canton. It reminds me of home, and of people I love and miss, hard working, blue-collar men and women who wake up every morning ready to seize their destiny. It also has provided me some of the most cherished friendships and interactions of my life, as a journalist and as a human being. While others may dismiss it as a ghost town or a place forgotten by time, I see a location full of determination, perseverance and heart.

It’s going for endless cups of coffee and all day breakfast at the Papertown Grill. It’s the mesmerizing Balsam Range performances during their renowned winter concert series at the Colonial Theatre. It’s the thousands of spectators and players under the “Friday Night Lights” gridiron of Pisgah High School football. And, for me, as a writer and Haywood County resident, it’s those Canton folks who stop me in the street, in the grocery store or swing by our office and say, “Hey, thanks for thinking of us.”

That is why I care about Canton.