Folkmoot is about more than dancing, watching 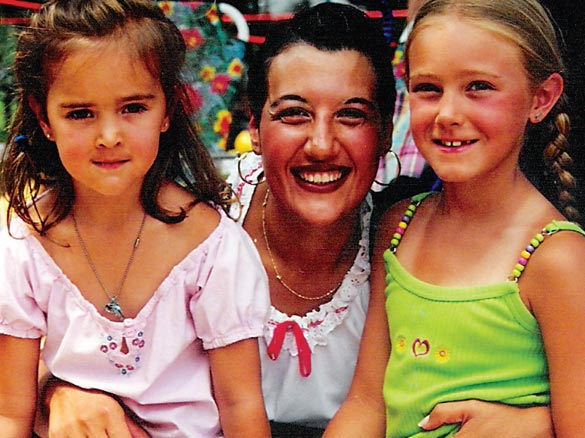 We all have those memories that lurk in the back of our brain, the hazy, maybe-real-maybe-not memories from the time before we gained a sense of self. For me, those memories include being twirled around by, hugged and kissed by, or photographed with, people from all over the globe. While at two-and-a-half I had little idea of what was going on, the sights, smells, and energies of Folkmoot USA were enthralling.

Before I was born — while she was still pregnant with me and then with my brother — my mother has been taking us to Folkmoot performances. An avid traveler herself, she understood that Folkmoot was the perfect way to journey around the world with three toddlers in tow. As I grew and became aware of what the festival was, who these people were that looked so ravishing in foreign garb, and what it meant to have them here, Folkmoot turned into a spectacle that I couldn’t wait to be a part of. It was incredible to sit in the audience and watch, but I thirsted for more.

As soon as I was old enough, I signed up to be a Folkmoot volunteer. For a few years, this satisfied my urge to get inside the festival. Cleaning the center, selling merchandise, helping in the kitchen, or handing out brochures, I started to feel a part of the spectacle that is Folkmoot. From not so far away, I began to observe the unofficial cultural exchanges between dancers from different countries and between dancers and staff, in addition to the official exchanges I had been witnessing for so long.

When I became a guide — the staffers who live with the groups during the festival — I learned and experienced the intricacies of these “unofficial” cultural exchanges. They range from pick-up soccer games to jam sessions outside the auditorium, from late-night small circle conversations to late-night band rehearsal turned fiesta in the gymnasium, from true love to lasting friendships. And while language is an obstacle, it is never a barrier. By the end of a Folkmoot festival dancers and staff alike, especially guides, are expert body- and sign-language interpreters.

Both years that I was a guide while still a high school student, I was blessed with groups that channeled their expression of culture into music that ignited the soul. Brumas el Torrito from Puerto Rico danced to a band made up of professional musicians that included three and four part voice harmonies, guitars, bongos, congos, guiro, cuatro, even a horn section, and more. Similarly, the musicians from the Canadian group had a full-fledged, professional rock band that jammed to the tune of traditional Scottish songs.

My favorite memories from Folkmoot are those during which people were sharing music. (Maybe because playing music is a little closer to my heart that dancing, due to my two left feet). Like the time I had to “scold” the group from Puerto Rico because at three in the morning the director from New Zealand was ready to go to sleep and they were weren’t finished with their band practice turned dance party in the gymnasium (which included the very loud horn section). Or sitting out at night, “poolside,” with the Canadian band sharing songs and singing together while the moon rose and fell. And when the Puerto Rican band director attempted to teach me to play the guira; I don’t know if I’ll ever understand how they can move their hands so fast in such perfect rhythm.

Music seems to flow in and out of everyone inside the Folkmoot Center during the festival. The members of Brumas Del Torrito exemplified this sensation perfectly in a dance that includes one congo player and one dancer. The congo player kept a soft, constant rhythm with random strong bangs on the drum. Somehow the dancer and musician always synced up perfectly, and with each loud bang the dancer’s body was pulled in different directions by the beat.

Music, as well as dance, is common to all cultures, and yet the art form has evolved differently. The differences are emphasized when people of different cultures come together. You don’t have to speak the same language to share music and dance. Folkmoot and other festivals like it provide a platform to learn about our world and the people in it.

I always leave a Folkmoot festival feeling smaller than ever in the grand scheme of things, but it’s a good small; the kind of small that makes you realize your “same-ness,” that you’re one of seven billion other humans who eat, breath, dream, feel, and think in the same way, the kind of small that frees you from the modern-day stress of time moving too fast and us hurdling along trying to keep up with the world. The kind of small that reminds you what is most important in life — human connection on every possible level.

(Hannah McLeod, a college sophomore, is interning with Folkmoot USA and will be blogging during the festival at folkmootusa.org.)