Making the case for my future career 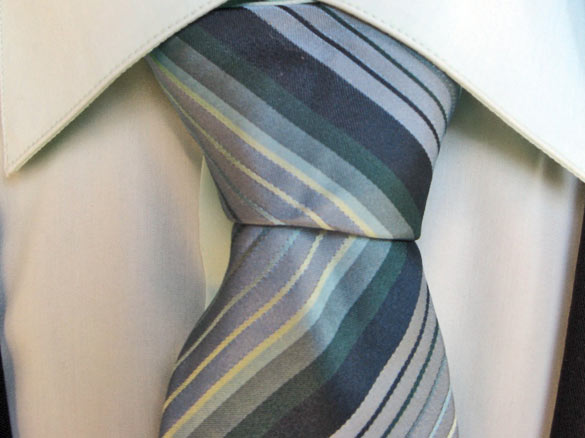 By the time I was in the fifth grade, I knew I wanted to grow up to be a lawyer. While other kids my age grew up with dreams of becoming race car drivers or ballet dancers or senators (surely you remember those student government types), I dreamed of fierce cross-examinations, roasting the accused on the witness stand until they blurted out desperate confessions, anything to escape my searing questions and the inferno of their own guilt, as I composed it like Dante for a jury of their peers.

“Who IS that man?” one attractive juror would whisper to another. “So brilliant, so dashing, so well-groomed and articulate.”

My mother believed I would make a good lawyer because I loved nothing more to debate, though I do not think she necessarily intended this assessment as a compliment.

“You would argue with a fence post,” she would say.

“No, I certainly would not,” I would retort. “A fence post has nothing intelligent to say. I shall not waste my time arguing with it. I’m afraid you’ll need a better example if you wish to make your point convincingly.”

But I knew that the essence of what she was saying was true enough. I DID like to debate. I would debate with my siblings regarding such significant topics as which Pop Tarts are best, Blueberry or Brown Sugar Cinnamon, or whether “The Andy Griffith Show” was a better television show than “The Munsters.”

“If the two of you weren’t such rubes,” I would say to them, “you would know that there are few greater pleasures in life than enjoying a toasted Brown Sugar Cinnamon Pop Tart while watching an episode of ‘The Andy Griffith Show,’ perhaps the one about Aunt Bee’s pickles or the one where Barney buys a car. There has never been a single episode of ‘The Munsters’ to rival either of those episodes, or countless others.”

As I grew older and developed an interest in sports, I could not resist debating my friends — and even some of our school teachers — on any topic related to professional sports. Was Babe Ruth a better slugger than Hank Aaron? Did Joe Frazier have a chance to knock out Muhammed Ali? Which team had a better quarterback, the Dallas Cowboys or the Washington Redskins?

And a short time after that, I discovered the incredible world of rock and roll music. I bought 45 rpm records such as “Don’t Fear the Reaper” by Blue Oyster Cult and “Angie” by The Rolling Stones, and played them over and over on my little Emerson stereo, which sat on my bedroom dresser and had a turntable, eight track tape player, and AM/FM radio all in one compact chassis. Some weekends, we would make trips to Roses in Galax, Virginia, where I would be allowed to get one eight track tape per trip, maybe Led Zeppelin or Foghat or Deep Purple or Kiss.

At school, my friends and I would debate which song was better, “Stairway to Heaven” or “You Can’t Always Get What You Want,” or which album was better, “Destroyer” or “Hotel California,” or which band was better, The Who or The Rolling Stones. This could — and did — go on for hours and hours, sometimes for days and days or even weeks and weeks.

I had an opinion on just about everything, it seemed, and I had that adorable lawyerly instinct to build and lay out a case for my opinion in excruciating detail. I thought of it as honing my craft, which I would put to good use one day in the courtroom. These were, of course, impossible debates, subjective by definition for the most part. But if everything is just subjective, then why not just read the phone book rather than Shakespeare?

You see, an argument CAN be made for the value or the merit of things, and I felt very intensely that those values and merits simply must be examined, evaluated, and, yes, debated. I was going to make a fine lawyer, yes indeed.

So what happened? Why am I not at this very moment a district attorney, or a partner in some prestigious law firm? Why am I not due in court this morning to file a class action lawsuit against some corrupt multi-billion dollar corporation? What happened to all my torts and briefs?

Well, a funny thing happened on my way to law school. I discovered that debating is just a part of it, and in many cases, a small part. When I was a junior in high school, one Saturday night I tried to pass a milk truck going up a steep, winding road, and just clipped him as I pulled back into my lane. No one was hurt, but as a result of the accident, I ended up with a ticket for unsafe movement and had to appear in court, where everything I had learned about practicing law from movies and television was exposed as a gigantic fraud. My entire world, my entire future, was shattered. I sat there for hours and did not see a single fierce cross examination, not one surprise witness, not even a hint of a dramatic plot twist.

Instead, the accused stood in a long line, asked politely for whatever small reduction in charge they could get, meekly signed a form, and then went to the clerk’s office to pay the fine. The lawyers would coach their clients on what to say, and then mostly just stand around drinking Sprite out of Styrofoam cups and checking their watches.

I decided that day that law school was not for me. By the time I got home, I had already come up with seven reasons why majoring in sociology would be better, and when my mom got off work, I would lay it all out for her step-by-step.

(Chris Cox is a writer and teacher who lives in Haywood County. His latest book, The Way We Way Goodbye, is available at local bookstores and at Amazon. This email address is being protected from spambots. You need JavaScript enabled to view it..)