The delicious taste of the wait is disappearing 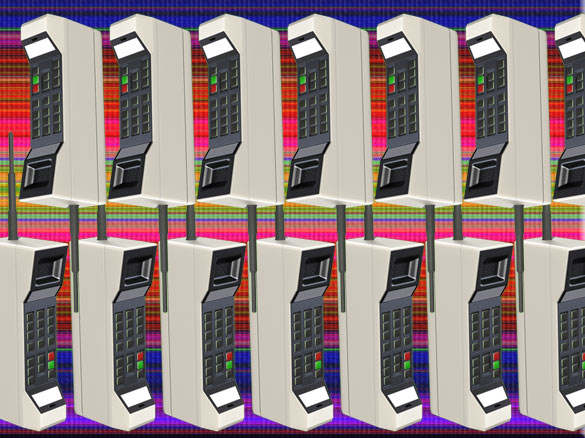 It must have been 20 years or more since I heard a futurist telling a skeptical crowd the extent to which technology would be changing the way we live. He said that we would eventually — probably in our own lifetime — have unfettered and instant access to just about every form of entertainment we could imagine. He said we would be able to watch movies on our phones, and listen to any recording ever made — from Louis Armstrong to Loretta Lynn — on the Internet, and get the news minutes after it occurred. He said we would literally have the world at our fingertips.

I remember thinking, who wants to watch a movie on a phone? I also remember thinking how cool it would be to have that kind of access. Just imagine: as a lifelong fan of “The Andy Griffith Show,” I would someday be able to watch any episode I wanted with one or two keystrokes! As a lifelong music fanatic, I would be able to listen to any song or album I wanted anytime — and anywhere — I felt like it, since everyone would be using laptop computers and we would be able to get on the Internet virtually everywhere we went. Our computers would become the centers of our lives. Everything would become so … easy and fast. Everything would be great, beyond our imagination!

Now, a couple of decades later, all of those predictions have come to pass. Every night, we can pull up all 249 episodes of “The Andy Griffith Show” and watch any of them anytime we choose. One night we might be in the mood for a little Ernest T. Bass, and the next we might want to watch “Opie the Birdman” or the kids’ favorite, “Citizen’s Arrest,” in which Gomer gives Deputy Barney Fife a ticket for making an unlawful U-turn in town. It is all there for us all of the time. Our remote control even has a Netflix button to make it even easier to access.

Of course, it is not just “The Andy Griffith Show” that is available. Most anything you would want to see — television series, movies, documentaries, you name it — is there waiting for you, whenever you are ready.

Naturally, the kids have their own interests. My daughter enjoys watching anime and surfing YouTube for the latest music videos, while my son plays games on the Xbox that I would not have been able to fathom in those long hours I once spent playing Centipede and Asteroids in the local arcade. I have to admit that if these Xbox games had existed when I was his age, I would have gone to school only if forced to at gunpoint. He would play literally all the time if we did not enforce some limitations.

Limitations. That is just it, I think. There are almost no limitations on what we can do or how often we can do it. I can download and listen to any song or album in a matter of seconds. If a Rolling Stones’ song pops in my head, I can pull it up and play it instantly, or I can play the whole album, or I can play Stones albums all day long on one of the many streaming sites now available.

Still, convenient and amazing as it is, something crucial is missing from this experience. I have hundreds of records and thousands of compact discs in my music collection, and the majority of those come attached with some specific memory of having purchased them. Thirty years ago, if R.E.M had a new record coming out on a Tuesday in April, I would have anticipated its release for weeks. I would then make an hour-long drive to the Record Bar in Boone, where I would buy that and two or three others, then drive back home and spend some time with my new records, holding each one in my hands, admiring the cover art, turning the jacket over to read the track listings on the back, all of this before I had even peeled off the cellophane. Then I would very gently take the record out of its sleeve, careful not to touch the grooves with my fingers, holding it aloft to check for warp or scratches, and then finally transporting it to my turntable.

I would then spend the next few hours in a state of total immersion and utter ecstasy, playing each side of each record while I slumped down deep into my listening chair to read the liner notes or study the images on the front of the album covers more closely. I would take as much time as I needed to let the songs slowly sink in, to decode the lyrics if I could, to determine whether this record was as good — or perhaps better! — than the last one, to sort out where it was alike and where it was different, to wonder what other R.E.M fans — who were all going through the very same process that I was going through at the very same time — were thinking about the new record.

I would have to wait to find out. Wait for Robert Christgau’s take in his “Consumer Guide” in The Village Voice. Wait for the Rolling Stone review. Wait to compare notes with Paul at the Record Bar when I went back in a month or two for my next haul.

Now that experience is gone. It is true that my kids don’t have to wait. They may never know how completely delicious it was. Even a futurist couldn’t have seen that coming.

(Chris Cox is a writer and teacher who lives in Haywood County. His most recent book, The Way We Say Goodbye, is available in area bookstores and on Amazon. He can be reached at This email address is being protected from spambots. You need JavaScript enabled to view it..)