Pardon the explanation, but I can’t help myself 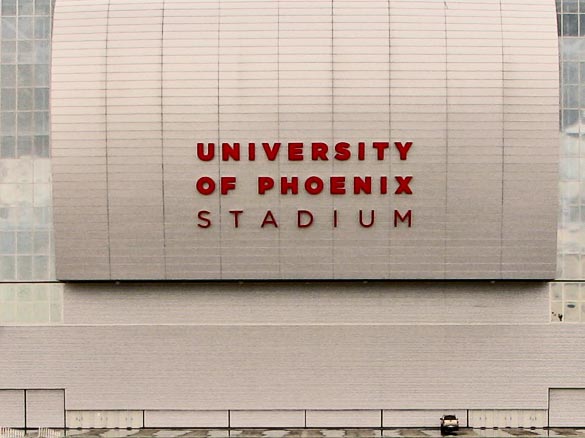 I am living the days I have dreamed of all my life. “One day,” I said, somewhere ages and ages ago, “I will have children, and I will watch the Super Bowl with them just like I watched it with my dad.”

And now I do have children, and I am watching the Super Bowl with them, explaining different fine points of the game, explaining what the game represents and why the game means so much to the players, the coaches, and the fans. I am explaining (I do a lot of explaining — I am a teacher, you see, and a former sportswriter, so it’s not as if I can help myself. I would explain the game to the dog if the kids weren’t here) … wait a minute, where was I?

Oh, sure, I was explaining the game plans of each team, how Seattle would have to establish the run and contain Patriot quarterback Tom Brady, and how New England would have to put pressure on Seahawks quarterback Russell Wilson and control the game with long drives on offense. I was about to explain why Wilson is so dangerous when he is flushed out of the pocket when my son Jack interjected a point.

“I wish it could have been the Seahawks against the Ravens so we could see which bird would win in a fight,” he said.

“Well, sure, who wouldn’t want to know that?” I said. “But do you see how well the Patriots’ secondary is playing? Wilson has all day, yet he can’t find an open receiver. That will have to change. He can’t keep running for his life all day, can he?”

“Dad, will you pass me some more hot wings?” Jack said. “And will you tell me what a horse saving a puppy’s life has to do with Budweiser beer? OMG!”

I have to admit that “OMG” might be the appropriate response to most of the commercials this year, including the Nationwide commercial that presented us with the ghost of a dead child lamenting that he would never, ever be able to grow up and experience things that other children do — which I quickly muted, turning our attention to the various bowls of Doritos, chips and salsa, chips and French onion dip, chips and guacamole, and yet more hot wings all spread out before us, a stunning array of junk food almost completely devoid of nutritional value, much like the commercials themselves.

I explained that the Budweiser commercial was like a shot of maple syrup — sticky and sickeningly sweet — and that the Nationwide commercial was like eating a charcoal briquette. No, I did not. I did no such thing. I waited for the game to come back on and restored the volume until Al Michaels’ sullen baritone rose above the cacophony of children hurling imaginative insults at one another’s teams. Naturally, one child championed one team, while the other child was a diehard fan of the other team. Twelve hours earlier, neither child could have named one player from their respective teams. They had each adopted a team as if it were a stray cat, and now found that their loyalty to the team was surprisingly fierce — and a wonderful new excuse to fight with each other with the full sanction of the National Football League. Sweet!

“Dad, why is Katy Perry riding a giant robot tiger and what does this have to do with football?” Jack said.

“Here, son, have another hot wing. Better yet, why don’t you go play a game on your Xbox. This is going to be a while.”

When Seattle took a 10-point lead in the second half, he began to gloat, showering his sister with piquant phrases such as “in yo face!” and “that just happened!” As I was warning him that his celebration might just be a tad premature, a Victoria’s Secret commercial came on, and I braced for a question on its relevance to the Super Bowl. Instead, he turned on me without warning or mercy.

“Moooommmm, Dad is watching this commercial more than he watched the other commercials!” he said, then turning his attention to me. “Dad, you do not need to be watching that.”

Unfortunately for Jack, my warning turned out to be prophetic when the Seattle coaching brain trust made the single worst play call in Super Bowl history, choosing to throw the ball with less than a minute to go in the game and the ball on the 1-yardline, resulting in an interception and a shocking win for the Patriots.

Of course, I felt compelled to explain.

“You see, kids, when you have the ball a foot from the goal line and you have a running back whose nickname is ‘Beast Mode’ and he has been running roughshod all over the other team for the past two hours and there is a 99.9 percent chance that he is going to score on the next play, you give him the ball. You do NOT throw. You NEVER throw.”

Oh, the agony of defeat. He’ll get over it eventually. And he’ll have a different point of view on those Victoria’s Secret commercials.