Time to break the holiday laws of inertia 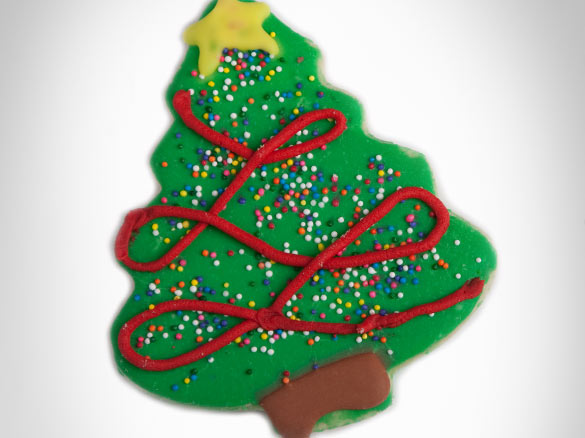 Two miserable characters — the larger one in a terry cloth bathrobe and fleece pajama bottoms, the smaller one in his new school clothes and orange parka — stand at the bus stop, huddled together in a sad and pathetically ineffective attempt to generate some small bit of warmth between them on a brutally cold and windy January morning, the first day of school and work after Christmas vacation.

Teachers worry that their students will lose momentum or enthusiasm for learning during their time away from school right in the middle of the school year, but the boy in his new school clothes has indeed learned something over these past few weeks. He has learned about inertia, not just the dictionary definition of it, but the implacable reality of it.

In short, bodies at rest prefer to remain at rest, and resting bodies that have spent the past 17 days playing video games, eating Christmas cookies, and sleeping in every day prefer to remain doing those same things at precisely the same pace.

The reality of his situation falls on the smaller of the two characters — my son, Jack — at approximately 8 p.m. on Sunday evening when his mother informs him that it would probably be best to go ahead and lay out his clothes for school before bed, as well as locating his long neglected and probably misplaced school backpack. Until this very moment, going back to school had remained for him a mildly unpleasant abstraction. He knew it was coming, but not yet. Not yet.

And yet, here he was up against it. You brush your teeth, you say your prayers, you fight with your sister over who left the bathroom light on, you put out your clothes for tomorrow, and there it is suddenly right in front of you, your view of it utterly unobstructed. Christmas vacation is over. You’re going back to school. Summer is so very far away, the dimmest star in the galaxy. Who can sleep? Not you. So you go downstairs, manufacturing excuses as you go for why you are not in bed. You open the door to your parents’ room and they immediately give you “the look.” You’d better come up with something fast.

“Um, Dad, I was having a nightmare,” you say, a bit uncertainly, trying to find your bearings, writing your story on the fly. “It was about a vampire. Well, he was half vampire and half werewolf, and he was chasing me! He was chasing me all over the place.”

“Jack, you’ve been upstairs exactly eight minutes,” Dad says. “You haven’t had time to go to sleep. You’ve barely had time to brush your teeth.”

“Well then, I am worried that I am going to have a nightmare about a vampire that is half a werewolf,” Jack says, hesitating for a moment before finally opting for the truth, even if it will not set him free. “And I don’t want to go back to school yet.”

And he doesn’t. Christmas vacation inertia is as real for grown-ups as it is for children. The dad in this little domestic drama has spent the past 17 days eating Christmas cookies, watching reruns of “The Wire,” listening to old jazz records, and sleeping in every day until about 9 a.m. or later. In other words, he has been pursuing his own bliss at a speed of approximately 6 miles per hour.

In just a couple of more days, he’ll be back in class, pitching Twain and Dickinson to skeptical college sophomores, selling them on the enduring relevance of literature, and chasing freshman commas like a feral cat chasing field mice. But not yet. Not yet. Can’t he get just one more Christmas cookie? Watch one more episode the “The Wire”?

(Chris Cox is a writer and teacher who lives in Haywood County. His most recent book of essays, The Way We Say Goodbye, is available at local bookstores and online. He can be reached at This email address is being protected from spambots. You need JavaScript enabled to view it..)