Board games – most of the time – are a fun holiday tradition 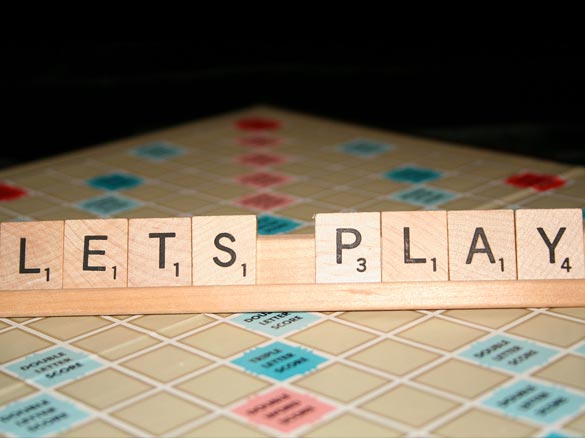 We’re all at home, on vacation at last. Ella Fitzgerald is wishing us a swinging Christmas, as she does every December. First “Jingle Bells,” then “Santa Claus Is Coming to Town,” then “Have Yourself a Merry Little Christmas,” and on and on, her voice like honey butter on a hot dinner roll. Tammy and Kayden are in the kitchen baking Christmas cookies and joking about the utter foolishness of boys of all ages, including the one who keeps darting in and out of the kitchen to swipe Hershey Kisses — which are intended for the cookies — and another one who is sitting in the living room, enjoying a glass of Pinot noir while watching the cat make a punching bag out of a silver ornament hanging on one of the bottom branches of the tree. The dog is curled up on one arm of the recliner, also watching the cat, as he often does.

What will that cat try next? Just yesterday, she knocked a lamp off a shelf, and a few days before that, she unceremoniously dumped a potted plant all over the dining room floor.

It is my daughter’s cat, and I often tease her about it.

“That cat is a menace,” I’ll say. “I read something about cat tasers online. Do you think they sell those on eBay? I thought you promised to train that cat not to destroy the house.”

Of course, the truth is that I’ve grown attached to the cat in the past few months since we got her. The dog has, too, though he makes a big show of chasing her around the house if one of us fusses at her about something. Just now, I am finding her boxing match with Christmas ornaments more entertaining than the novel I have been trying, without much success, to read for the past three days. Maybe it’s the Pinot, but I actually feel very good. In fact, I am so filled with the Christmas spirit this year that I cannot imagine what could spoil it.

“Jack,” intones mom from the kitchen, stretching his name into two syllables. “What did we say about video games? I think you’ve had your fill of those already today.”

One of the things I love most about Christmas is that it gives our family time to slow down from the chaos of “normal life” — work, school, piano lessons, baseball practice, homework, church, chores, scrambling to fit six hours of stuff into four while figuring out something for dinner. Now we can sleep in if we like, watch Christmas movies in bed with heaping bowls of popcorn, sip hot chocolate around the tree while listening to Ella or singing carols ourselves, maybe “Silver Bells” or “Silent Night.” If it is snowing, we get out and make snowmen or snow cream, or have snowball fights.

And we play board games. Trouble, Bingo, Mayberry Monopoly, plain Monopoly, Beat the Parents, you name it. Board games are as much a part of our Christmas traditions as singing carols or reading “The Night Before Christmas” on Christmas Eve. We usually make hot chocolate while we are playing.

In years past, Tammy and I would help the kids if they couldn’t find words in their assembly of Scrabble tiles, but now that they have both become very good readers, we encourage them to find their own words and use us a last resort. Jack has read every Diary of a Wimpy Kid and Percy Jackson book he can get his hands on, and Kayden has read twice as many novels this year as I have.

Yes, I thought, Scrabble should be much more fun this year. And it was Jack’s idea to play, which was a first. We made our hot chocolate and gathered around the board, and right away I noticed that Kayden, who is 13, was in a state. She is as delightful young woman as you could ever imagine — courteous, kind, impeccably well-mannered, bright, and charming. But as a newly minted teenager, she is at the mercy of vicious mood swings that no one, including her, can predict or alleviate. She has no more control over her moods than I have over my hair loss. The difference is that when you sit with me, you know that you are sitting with a balding (yet undeniably dashing) man. When you sit with her, you have no idea who that person is across from you.

“Daddy, you know I can’t stand Scrabble,” she whines. “Do I really have to play?”

“Daddy, can I just wash the dishes or something? I mean, really, I would do just about anything not to have to play this stupid, stupid game. Did I mention that I hate Scrabble?”

We go in a circle, contributing our words. I come up with “miners,” while Tammy and Jack add “peace” and “chimp” to the board. Kayden spends about three minutes looking at the board as if it just threw up on her cell phone, and then places two “t’s” on either side of one of the “i’s” in “miners.”

She doesn’t say the word, but mumbles something about it being a British word. Hmmm, well, Merriam-Webster informs us that the word is indeed UK slang for “stupid person,” so there. We move on without discussing other applications.

“Daddy, can’t we do something else, I mean ANYTHING else?” she pleads, collapsing in her chair like a house of cards suddenly blown apart by a violent gust of wind.

On her next two turns, she contributes “he” and “lol,” the latter of which manages to push the buttons I suppose she is intending to push. I have lost patience.

“You can’t use abbreviations in Scrabble,” I say.

“No, it is not,” I said, drawing a stern look from Tammy, a look that says, at least she’s here, at least she’s playing, can you just let it go and not make a thing out of it? I know that look.

What I want to know is why can’t Ella Fitzgerald just shut up for a minute? We are in the middle of something here, a “kerfuffle,” I believe the British would call it. The dog, sensing the tension, lunges at the cat, who immediately scampers up the Christmas tree like Spiderman scaling a high rise. Ornaments fall like heavy, metallic rain.

Jack says, “We should have stuck with Xbox, Dad.”

A few hours later, all is well again. Scrabble is boxed up and put away, Doris Day is singing “Silver Bells,’ more cookies are baking, and we are discussing whether we ought to watch “Elf” or “A Christmas Carol” or “The Grinch Who Stole Christmas” tomorrow. The dog is half asleep on the recliner, and the cat is now under the tree on her back, staring up into the constellations of twinkling white lights with a mixture of awe and pity.

What will she make of eight tiny reindeer? We’ll know soon enough.

(Chris Cox is a writer and teacher who lives in Haywood County. His most recent book of essays, The Way We Say Goodbye, is available at local bookstores and online. He can be reached at This email address is being protected from spambots. You need JavaScript enabled to view it..)