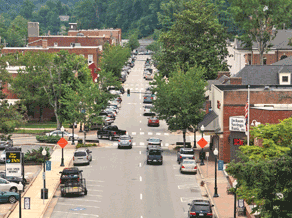 During a recent town board meeting, Sylva Police Chief Davis Woodard told commissioners that stiffing town tickets was commonplace. That people had no intention of paying the fines.

“We’re just having our nose rubbed in it by a few of’em to be honest with you,”  said Woodard.

In addition to not being able to park in fire lanes or loading zones or handicap spaces, parking along Main Street and a few other downtown stretches is off limits to downtown business owners and employees. By ordinance they must park elsewhere, thus freeing up parking for paying patrons of downtown.

“I don’t understand, because when we put this ordinance in it was to benefit the merchants of Main Street,” said Woodard.

The chief suggested that the town up the stakes in pursuit of its parking fines. The best way to do that, he said, was to begin using a parking boot, locking tires until tickets are paid.

“I think it’s going to be the cheapest, most effective way to get people’s attention,” said Woodard.

“I think it’s going to be quick to get their attention, too,” Dowling added.

Sylva commissioners gave Woodard the go ahead to begin working up an ordinance formally detailing the fee tiers and boot particulars. Once a draft is prepared, the town will need to schedule a public hearing on the proposed ordinance.

“I think once the word gets out most people will go ahead and pay those tickets,” said Mayor Maurice Moody.

Later, Dowling explained that the new ordinance would apply to existing tickets — “any tickets on the books” — in addition to ones written going forward, and that the town was exploring the boot option because of the lack of incentive or intention of violators to pay their citations.

“We hear frequently that people think they don’t have to pay town parking tickets, that’s a misconception,” said Dowling said. “We’ve got to do something.”

One person that doesn’t appreciate the concept of downtown parking tickets, or the prospect of boot-enforced compliance, is Dodie Allen, owner of an auction house in downtown on Main Street.

“I’m tired of this nonsense,” Allen said. “They don’t have any vision when it comes to solving the problem.”

Allen is no stranger to Sylva’s parking rules. Shortly after the downtown parking ordinance was passed in 2010, she clashed with the town over a ticket for parking her van in front of her business.

“I refused to pay the ticket, I said I’d go to jail first,” Allen said, recounting a visit before the town board. “I talked for probably 30 or 45 minutes. It was funny because I was doing an auction at 7:30 [p.m.] and that’s the only thing that shut me up.”

These days, Allen still parks her van in front of her business. She loads and unloads without fear of citation.

“I have handicap parking, now they don’t bother me about parking,” Allen said, upset she was driven to such measures. “I said, that’s a sad day — I’m not handicapped, really. I’m 80 years old.

The downtown business owner said the town officials were addressing the parking issue from within a “myopic box” and unfairly penalizing business owners.

“I understand about parking, I know how desperately they need to address parking, I know how they don’t need to penalize small business by marking tires and charging fines,” Allen said. “They just don’t think beyond, beyond either taxing or jigging or whatever you want to call it.”

Sylva officials recently gave the go-ahead to explore an ordinance that would impose increasingly stiffer penalties on people leaving parking tickets unpaid, and would eventually result in having an offender’s vehicle locked in place via a tire boot.

Although the specifics of the ordinance are currently being drafted, Sylva Police Chief Davis Woodard explained recently what the new law might entail: A $25 fee would be applied to unpaid parking tickets after 30 days, with an additional $25 fee tacked on at both 60 days and 90 days. After 90 days a boot would be placed on a violator’s vehicle.

The new law will apply to existing tickets as well as new citations. Sylva has more than $7,500 worth of unpaid parking tickets dating back to 2011. 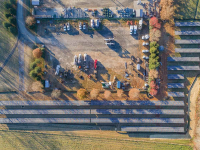 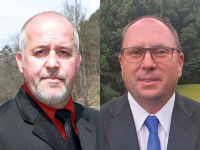 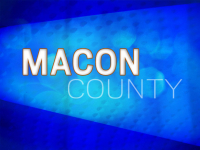