Forest Hills needs to look before it leaps

Having been involved when Forest Hills sought to impose an ETJ on surrounding communities several years ago and having been a long-time critic of Chancellor John Bardo’s “vision” for both WCU and the adjoining communities, there is much I could say about the recent discussions about incorporation. However, I’ll limit myself to a simple question: has anyone from Forest Hills considered the first rule of politics? The rule — count the votes — would seem particularly germane when one considers that the proposed annexations would potentially add a population of students that far exceeds the existing population of the village.

What happens when all those students register to vote? What happens when an issue or issues motivates that population? And, given the involvement the political science department has shown in local affairs, is it really all that farfetched to consider the possibility that the governance of Forest Hills could become a kind of laboratory experiment?

Applying zoning regulations to university land could be trickier than anticipated since there are varying strictures about how a municipal or county jurisdiction may regulate state facilities. The obvious question, and one that has been addressed recently in The Smoky Mountain News, is whether Forest Hills is being used as a vehicle to bring alcohol sales closer to campus. If that is a primary motivation, then wouldn’t a referendum on countywide alcohol sales pose less risk? If the issue is providing a zoning or regulatory structure for the purpose of development, especially along Old Cullowhee Road, then wouldn’t a community-based zoning district like the one created by the Cashiers Development Ordinance offer the same opportunity?

I’ve never understood how getting bigger enhances a local vision of maintaining the charms of a small community. 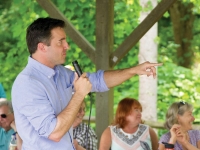 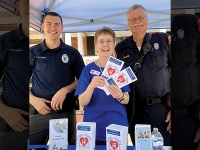