An election protest in Swain County over alleged irregularities in the May 2 primary was dismissed in a 2 to 1 vote by the local election board last week but will be appealed to the state election board for a second ruling.

Ronnie Barker, a challenger for the county commissioner chairman’s seat, is calling for a second election against incumbent Chairman Glenn Jones. Barker lost to Jones by just 37 votes. Meanwhile, a third candidate for commissioner chairman, Andre Gunter, claimed 121 votes. Those 121 votes are the basis for Barker’s appeal.

Gunter tried to withdraw from the race four days before the election after learning about a law that prevents federal employees from holding elected office. Gunter works for the Veteran’s Administration Hospital in Oteen and is considered a federal employee. When Gunter heard about this law, known as the Hatch Act, Gunter called the state election office, who in turn told him to call Washington, D.C.

“They told me I couldn’t run for public office,” Gunter said of his conversation with a special counsel in D.C. “I would be violating a federal rule by running.”

So Gunter wrote a letter to the Swain County election board withdrawing from the race. Typically, candidates cannot withdraw on such short notice, but Gunter said he was told under this circumstance he could drop out. It was too late to get his name off the ballot, however, and Gunter won 8 percent of the vote on election day. 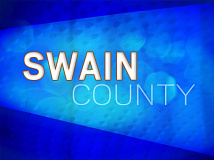 Swain County commissioners recently approved about $200,000 in funding for the school…

Barker said votes cast for Gunter were votes against Jones and would have gone to him if Gunter was out of the picture.

“In my opinion these people were voting for a change,” Barker said. Barker said if people knew Gunter had tried to withdraw from the race, “they would not have wasted their vote.”

Russell Childers, chairman of the Swain County election board, said that even in this circumstance, Gunter was not permitted to drop out of the race. Under state law, candidates are not allowed to withdraw from a race after the election sign-up period has passed, Childers said. The sign-up period to run for office was in February.

“We agree he came to this office and asked to withdraw from the primary, but the fact is his name was on the ballot,” Childers told Barker. “Once his name is on the ballot he’s a candidate and the statue requires us to count his votes.”

But Barker said he knows of one person who went to vote early on the Friday afternoon before the race and was told by the election office that Gunter had withdrawn.

“What’s in question is did this man in fact withdraw from the race?” Barker said.

On election night, a large blackboard was displayed outside the election office with each candidate’s name and the number of votes they received. Election workers left Gunter’s name off the blackboard, but his votes were included in the official tally sent to the state.

“Essentially they dropped the ball when I signed up,” Gunter said. “They should have screened and asked whether you are a federal employee.”

Gunter said he is not sure whether the votes cast for him would have gone to Barker had people known he was no longer in the race.

“I told a lot of people I was ineligible to run and they went ahead and voted for me anyway because they didn’t want either one of those guys,” Gunter said.

“I believe we should let the higher-ups make the decision,” said Cooper.

“I agree with Don that it’s a little bit over our heads,” said Herrin.

But Childers said the local election board should render its own opinion. Childers then made a motion to dismiss the protest. Cooper and Childers voted against the protest while Herrin voted to consider the protest.

Herrin did believe there “could be the possibility of irregularity or misconduct” in the election that affected the outcome.

Barker won the majority of votes on Election Day, but was unable to overcome the results from early and absentee voting, where Jones secured a 152-vote lead.

A concerted effort to drum up early voters was orchestrated by the Swain County Democratic Party leaders on behalf of Jones. Some believe the early voting efforts crossed the line, however, going beyond a simple voter turnout drive but instead amounted to voter manipulation.

Barker said he was filing an appeal not for himself but for the majority of voters who came to the polls on Election Day and cast their vote for him.

“This is the desire of Swain County,” Barker said. “All we want is a level playing field. Say to the people: ‘Pick the one you want.’”

Barker is appealing to the state board of elections. Don Wright, general counsel for the N.C. Board of Elections, said the protest will be heard sometime in early June. Wright said there are only three election protests in the state following the primary.

“It’s a very small number of protests,” Wright said of this year.