For three years, Josh Kelly has been stalking forests in the Southern Appalachians in search of unmapped old-growth forests and very old trees.

“It is like a treasure hunt everyday when I go out and look for these places,” Kelly said.

“Other times I reference topo maps and look for the steepest and most inaccessible, most remote areas,” Kelly said.

On his expeditions, Kelly is looking for more than just big trees. In fact, size alone is not a good indicator of a tree’s age. 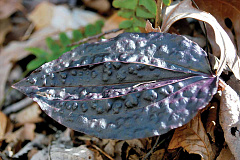 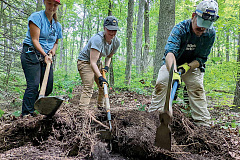 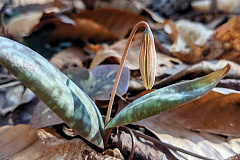 Like any other farmers, Christmas trees growers in Western North Carolina are always…

The same inhospitable topography that deterred early loggers from tackling certain trees provided less than ideal growing conditions, allowing very old trees to remain relatively small. Kelly has found 200-year-old trees only two feet in diameter, and 300-year-old trees only three feet in diameter. Size aside, the signs of an old tree include deep furrows and ridges in the bark, flaring roots, and very thick limbs in proportion to the trunk.

On his expeditions, Kelly takes a core sample from the tree and counts the rings to determine the tree’s age. Sometimes there are more than 300 tree rings packed into an 18-inch core sample — from a three-foot diameter tree — requiring a magnifying lens to count the rings.

Kelly’s work is being funded by the Southern Appalachian Forest Coalition, an umbrella organization for several regional environmental groups. The project has worked to dispel the long-held belief that nearly every hollow and cove of WNC was cut during the great logging era of the early 1900s.

When Kelly finds an old tree, his next step is to determine whether it is an isolated tree that was left standing by the loggers 100 years ago or whether the tree is part of a larger stand of old-growth forest.

“Certain trees weren’t commercially attractive to early loggers,” Kelly said. Trees such as chestnut oak, black gum and hemlock could have been left behind while trees around them were cut. But often, he finds the old tree is in a pocket of old-growth forest.

“There are other characteristics of how to recognize an old forest. They have a different structure than a young forest,” Kelly said. “You are going to see things like standing dead trees, and very big trees that have fallen over and are laying on the ground. In forests that have been logged, the trees are all the same age. Forests that are old growth have a canopy of multiple layers of different heights.”

Kelly has surveyed a 664-acre stand of old-growth forest in Macon County east of Wayah Bald that he calls “fantastic.” On the other end of the spectrum, Kelly has racked up heaps of 10-acre old-growth pockets.

The project, known as the Old Growth Forest Protection Campaign, has mapped more than 7,000 acres of previously unidentified old growth forests. The group hopes the old-growth stands identified by the project will be deemed off-limits to logging by the national forest service. The Southern Appalachian Forest Coalition claims these rare patches of forest provide habitat for a growing list of species and harbor important climatic, geological and biological links to the past.

While some of the stands Kelly has probed are indeed recognized as old growth by the National Forest Service and aren’t targeted for logging, others aren’t recognized. For example, logging has been proposed in a section of the Nantahala National Forest in Macon County that encroaches on a stand Kelly identified as old-growth in an area known as Cliff Ridge, Kelly said.

Meanwhile, some stands that the forest service has set aside for protection as old growth are not, according to Kelly, really old-growth forests.

“There is some agreement and some discrepancy,” Kelly said.

Kelly, 28, studied botany at UNC-Asheville. This year will mark the third summer he has spent working on the old-growth survey.