Bear activity high in some areas 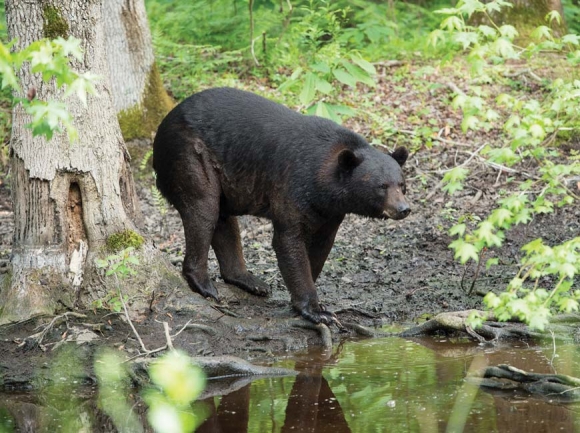 The Pisgah National Forest warns visitors to North Mills River, Bent Creek Experimental Forest, and Black Balsam and surrounding areas on the Pisgah Ranger District to be on the look-out for black bears. On the Grandfather Ranger District, bears have also been active at Table Rock and the Old Fort Picnic Area.

Black bears look for food that campers and trail users bring on their trips.  While black bear attacks on people are rare, such attacks have resulted in human fatalities.

If you are attacked by a black bear, try to fight back using any object available. Act aggressively and intimidate the bear by yelling and waving your arms. Playing dead is not appropriate.

Visitors are encouraged to prevent bear interactions by practicing these additional safety tips:

The large number of bear sightings and encounters in the past few years has led to required use of bear-proof canisters in the Shining Rock and Black Balsam areas. Backcountry users must use commercially-made canisters constructed of solid, non-pliable material manufactured for the specific purpose of resisting entry by bears.