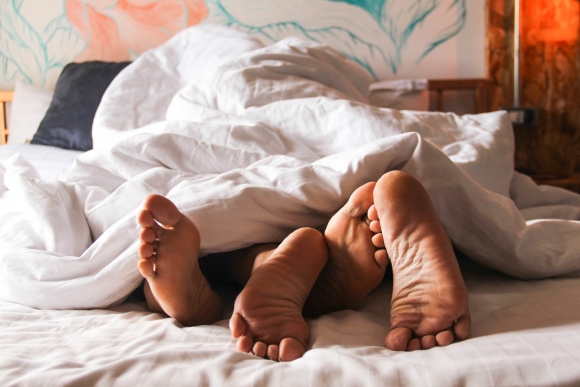 Naema Pierce • Rumble Contributor | Somewhere in the many messages that we have received about sex, most of us have accepted the idea that if a penis is erect and a vagina is wet, then that person is primed and ready to go for sex.

However, that is not always the case.

There are A LOT of times when desire and physical arousal don’t match up.

This very thing has been studied by scientific researchers — the difference between subjective arousal and physical arousal. In fact, it’s been studied so well this whole phenomenon was given a name — arousal nonconcordance.

Arousal nonconcordance is when your cognitive or subjective arousal doesn’t match up with your physical arousal, or vice versa.

The difference between the two of these things is incredibly important to understand for anyone that is sexually active. Essentially arousal nonconcordance is saying that it is completely normal and possible for you to feel mentally turned on but for your body to not physically respond.

Or it’s completely normal to feel physically aroused and have a genital response, even if whatever sexually relevant stimulation that is occurring is not appealing to you.

A few of the most common examples for females are as follows:

For men it goes as follows:

In a difference scenario, he gets erect because of some sort of sexual relevant stimulation but has no appeal or cognitive arousal to it. Then perhaps feels wrong for having an erection when he thinks he “shouldn’t be.”

Both male and female bodied people experience arousal nonconordance. However, they experience it in different quantities.

This information is gold.

This teaches us that we are not damaged and there is nothing wrong with us if we aren’t having genital arousal when we feel a desire for sex or having a physical arousal response to something sexual relevant but not appealing. There are a lot of circuits running in our bodies all the time and they are not black and white.

Arousal non concordance should be one of the things we are taught in sex education. It helps us to understand our body’s and all their incredible nuances. It helps us to have more empathy and love for ourselves and our partners, to not put pressure on ourselves or partners to be or perform a certain way.

Not to mention, it can teach us a lot about ourselves! If we take time to observe the instances when our genitals are not responding how we might want them to or at times when we are experiencing unwanted arousal, we can get cues and become more attuned to how our bodies and minds are responding to sexual relevant information. This helps you to know more about what is and isn’t working for you, where you might make some next requests to your partner, or where you can experiment to create desired shifts with yourself.

In service to healing and liberation,

Naema is a holistic reproductive health educator, somatic bodywork & pelvic floorhealer and a fierce supporter of women’s reproductive justice. To find out more about her work, visit her website.

How To Throw Your Pooch A Party