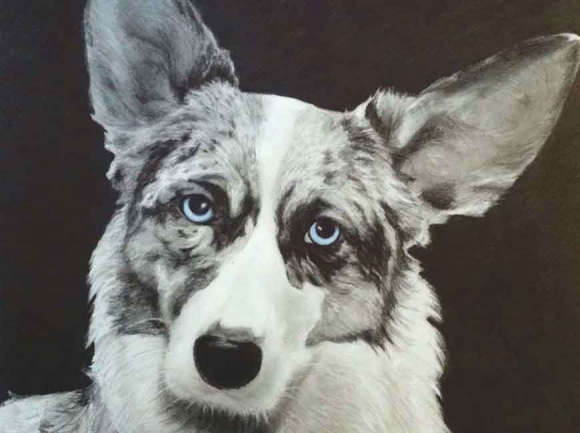 A work by Michelle Railey.

That next level was for the couple to be able to make and sell their artwork as a full-time gig, something that could not only pay the bills, but also fulfill the duo’s creative urges. Michelle is a longtime painter, while Robby has been a potter since he was a kid.

“I was four or five years old the first time I touched clay. Took some ceramic classes in high school and outside of school,” Robby said. “But, I stopped doing all ceramics after high school and became an electrician for 14 years.” 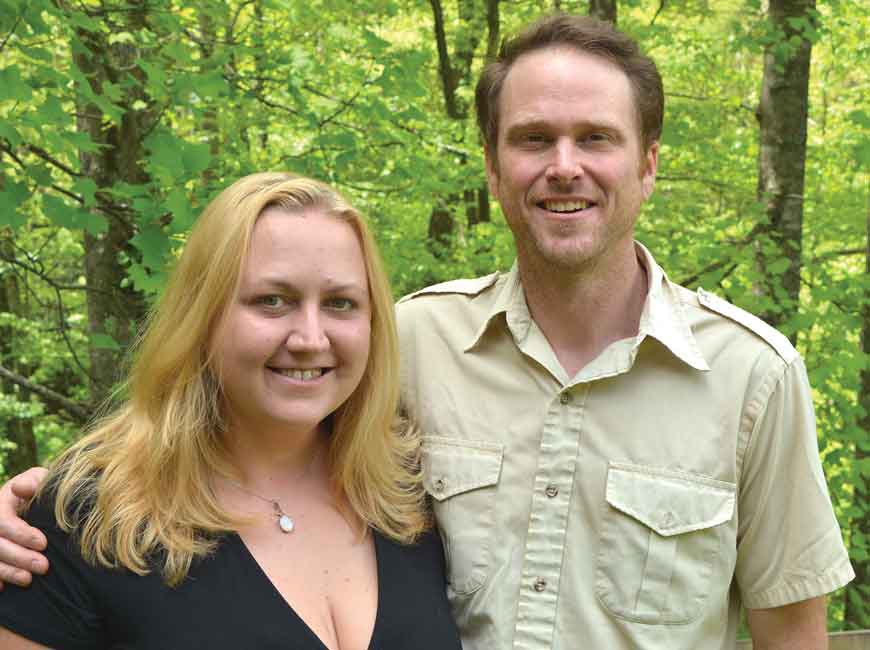 Living in Florida hustle and bustle that is Orlando, Robby was getting tired of the 9-to-5 workday. He missed being in nature, and he missed creating with his hands. When his mother said she was moving to Western North Carolina, Robby quit his electrician gig that exact day and headed for the hills — to start fresh, and to create.

“I love being in the mud. I love getting dirty,” Robby said. “You can form anything out of air with clay. I can just take a block of clay and put a face on it, making it all come alive. I get inspiration from everywhere, so does Michelle — we’re sponges for ideas of what to create from what we see and experience.”

A resident of Haywood County since elementary school, Michelle had always wanted to be an artist, finding a deep passion for painting early on.

“I enjoy painting because it’s so forgiving,” Michelle said. “There’s not a lot of pressure when I’m doing it. If I paint something I don’t like, I just start over. Scratch this and start fresh — it allows me to see what I feel in my head and put it on the canvas.”

And though she dabbled in painting for years, it wasn’t until she crossed paths with Robby in Waynesville that the couple combined their art, hopes and dreams into one solid effort at making a living doing what they love.

“It’s about making enough money to just pay the bills and buy art supplies — clay, paint, canvas, and gas in the car to get to the next art show,” Michelle said. 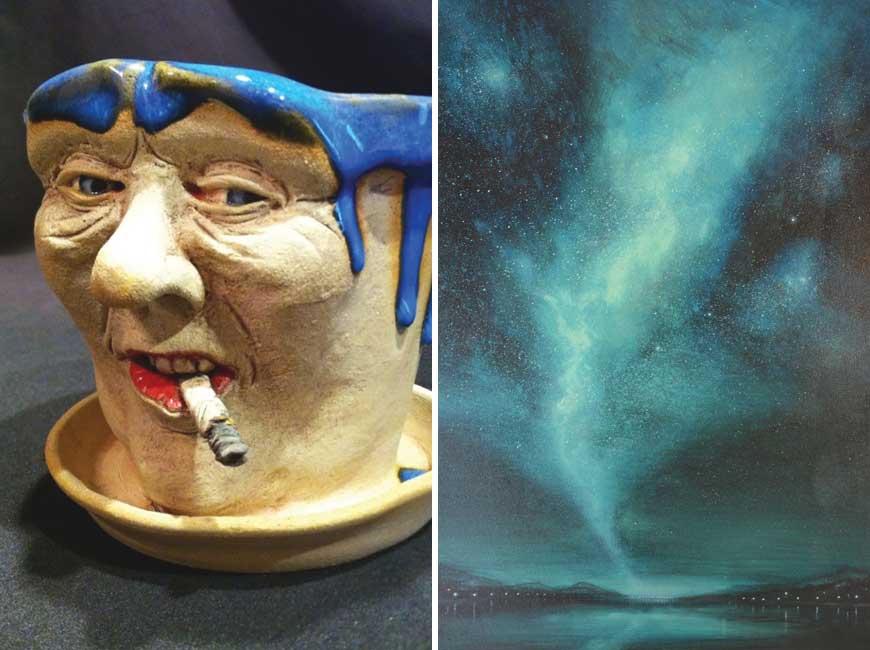 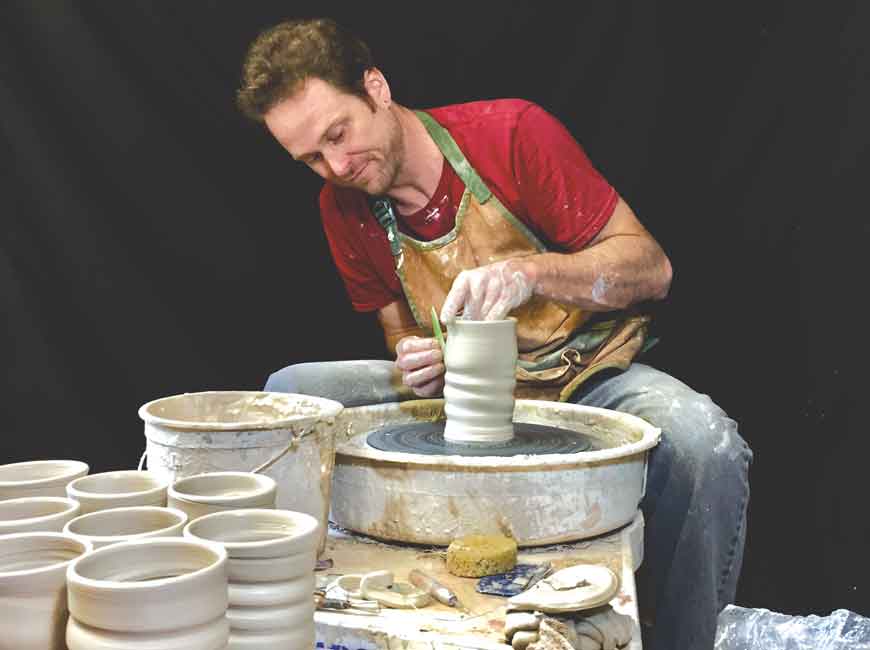 The Raileys work out of their home, a quiet and peaceful abode tucked high up along a mountain ridge, just off a dirt road in the depths of Haywood County.

When they’re not on the road selling their wares at local farmers markets and regional art shows, Michelle is inside painting, Robby outside firing up the kiln. Recently, they’ve started collaborating on pieces, with a new sense of togetherness now discovered.

“It’s all happening right now — and we’re happy,” Michelle said. “Art helps you feel a flood of memories and emotions. It grounds people. It’s important to have art and artists in our community. It’s give you feeling and a response outside of the day-to-day grind — it’s an outlet.”

“We’re going to do this, hell or high water. There’s no option for us to go back and get a day job. I’ll be broke and starve to death before I have to work for somebody else — we love it, all of it,” Robby added. “Things will always work out, so long as you keep doing what you’re supposed to be doing, which is your true passion and calling in life. For us? It’s creating, and doing so together.”