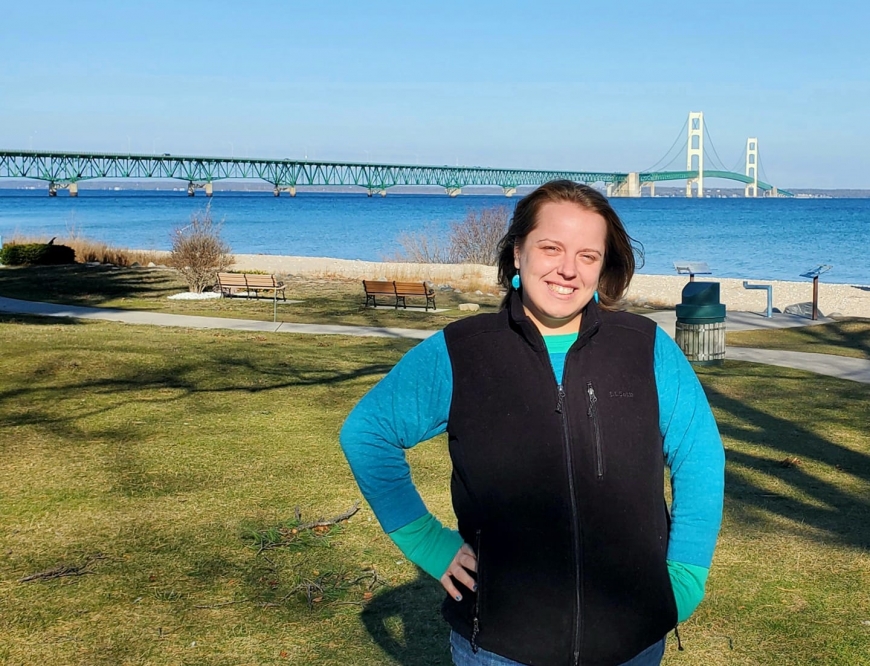 Editor’s note: In recognizing World Autism Awareness Day April 2, we typically think of parents’ stories of challenges and triumphs after their child is diagnosed. But when Heather reached out to me with her story, it resonated and I wanted to share it with other women.

While children are being diagnosed at a higher rate these days, we must remember that many adults today may be living on the spectrum — some diagnosed and some not. We need to be aware and willing to understand the challenges of having a relationship with someone on the spectrum. I appreciate Heather sharing her story, and though her relationship didn’t make it, she hopes her experience will help other women in their own relationships.

When I met the man I would marry, I was working in a cafe and he was ordering a coffee.

I thought I recognized him from a dating app, so I told him, "I know I haven't caught your name, but you look so familiar to me." He stared at me blankly, turned and walked out to his car. I saw him stop just as he was opening his car door. He shut it back. Sat his drink on top of the car and quickly walked back inside.

He said, "Do you know me from a dating platform?! My name is Michael, by the way." And he left again. He came back to my cafe a few times over the next week before he finally gave his number to one of my coworkers to give me. When we started talking, he told me that he was raised to think that he was supposed to find a nice, religious girl to settle down with and have a family; and that’s where he was at.

I informed him that I am not religious and that I am a career-oriented woman that does not plan to birth children because I would rather adopt a pair or group of siblings in need; and this was far off in the future once I'm finished building my resume and my savings account.

We were still somehow perfect for each other. The only hiccup we had in the beginning was, he was still hung up on a previous relationship and it was not even a super serious one; just a long-term dating situation he was in and he could not stop talking about her. I was quickly hearing more about her than about himself; 10-to-1.

I set a boundary. No more comparing and contrasting her and I, from henceforth I wanted to hear about him only. Life progressed, we got engaged, then married and before you know it, we had built quite the savings with our frugality and still had fun while doing it. Life was great. I did notice throughout the years that he had reprogrammed himself to not talk about his ex, but he did not have any stories about himself.

He would awkwardly tell other people's stories and our mutual friends would nicely gloss over his commentary because no one knew the person he was referring to and what he said didn't really keep conversations going. In loving him so much, I chalked it up to him being nervous and just socially inept. He clung to me as much as he could when we were together and also while we were apart.

He talked about me constantly and built his identity around being my husband above all. Over the years, he learned about me and my personal experience stories became our stories, but he seemed more relevant because people knew me and he felt more acceptance as his additives and commentary started landing better. I say better because he still had problems because in his tendencies to "state the obvious" and he came across as judgmental, abrasive or flippant.

He worked 50+ hours a week. I worked and attended college full-time. When we had a few hours in the evenings and our days off together, life was good. When he complained about his drive and expressed anger at other drivers for pretty much existing on the same highway, I concluded that he needed to be closer to his new job; and I made it happen.

I transferred to a new location with my company, found a house to rent and he went to work one morning; came home that night with all of our stuff moved into the new place he had never seen. At least that is how he saw it. And I relished in it; took pride in it. My self-starter, problem-solver, go-getter, storytelling, life-loving personality loved to tell the tales of our triumphs and strides.

I didn't mind that all of my research and communication with landlords to find the perfect place, for the best price was glossed over and packaged into an efficient account of our recent accomplishment. In reality, I spoke extensively with my husband to communicate what my thoughts were and I always gave him a chance to tell me his feelings about what I was trying to accomplish. I was concerned about my partner's feelings and would constantly address and soothe any insecurities he might have.

He played video games in any spare time he had and left all of the details and future planning to me. I felt trusted with all the decision-making. His words told me that he was on board with everything I wanted to do. His actions, in hindsight however, never did. I chalked it up to him working all the time and that he was exhausted or just plain lazy.

When in reality, he was "checked out" most of the time and having trouble adjusting to change. Over the course of our relationship, I made tons of changes to our scenery, my appearance, and our lives. At times, I felt I was "reeling him back in" from some fantasy or showing him a glimpse of our reality. Because he didn't seem to put any forethought into his decisions and would repeat mistakes, angry with himself for it and seemingly incapable of applying the same lesson to a new situation.

He was so easily influenced by others too, if he asked someone for advice and it could remotely fit his situation, he would do as others said he should and then have them to blame if it did not work out. So, not only was I his wife but I was his only friend, until one day when he approached a divorcing, adulterous boss of his and expressed annoyance at me hanging out with one of my male friends.

Mind you, throughout the course of our relationship, I've had the same friends, hung out with them freely and I rarely saw them anymore since we moved so far away from them. His former boss told him exactly what to do. He was to come home, demand my phone, see what my reaction was, verify that there's proof of wrongdoing on my phone...and he didn't give him the rest of the instructions. I was so amazed and lost watching this man, that I had known for almost a decade had been reprogrammed against me AND it was THAT easy!

Little did I know, I saw his thought process in the first 4 minutes of the interaction with him and could have seen that he would operate in hindsight for the entirety of our relationship. That incident was my wake-up call.

I threw my hands up after that incident and our entire relationship fell apart because I realized that I was the only one holding it up. We had never addressed his autism as an adult and that it was affecting his impulse control. He hated talking about school as a kid because he was in special classes or small homeschooling environments; then thrown into a Miami public high school and being on the spectrum is not something you can just grow out of.

I knew he had been medically assessed a million times, and I saw all the paperwork. It was "proof" of his issues, but I always thought because his dad was a Christian therapist that he had been over-diagnosed and made to believe he had more serious problems than he actually did. You can label the shit out of someone but how it that helping? It seems like solidifying or fulfilling a prophecy if you do not get through it, if that makes any sense. Now I know better.

Heather Nation is originally from Northeast Georgia and recently moved from North Carolina to Michigan to manage a corporate cannabis dispensary.