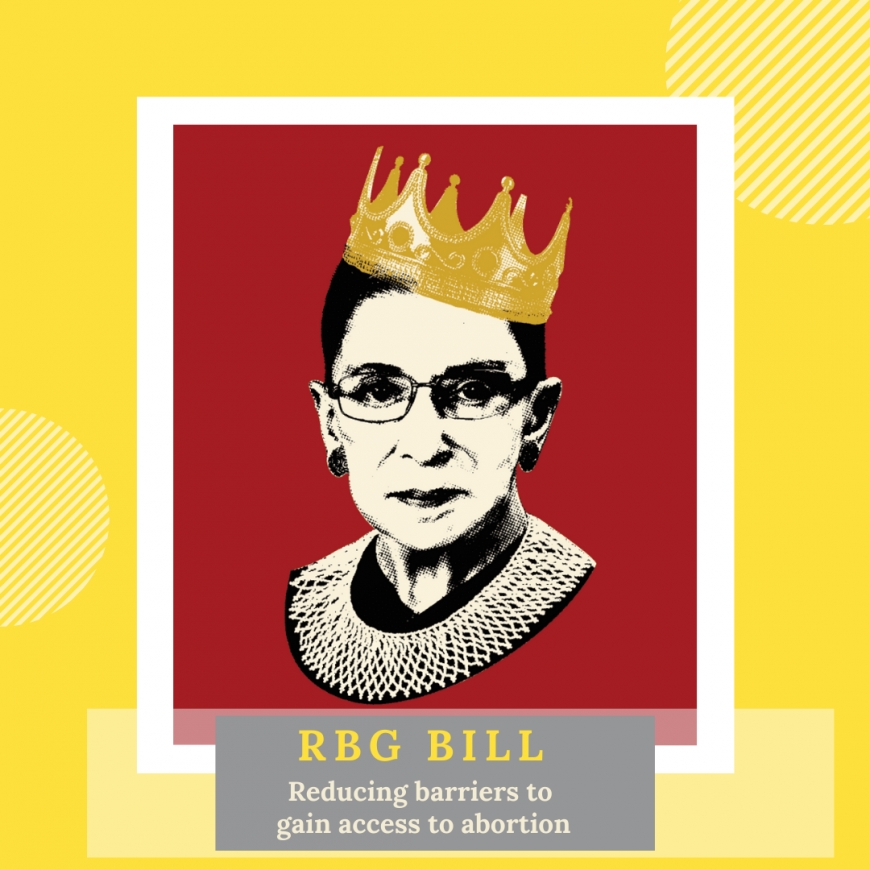 On the first day of Women’s History Month, North Carolina legislators filed the RBG Act, or the Removing Barriers to Gain Access to Abortion Act. The bill is named for the late, great Supreme Court Justice Ruth Bader Ginsburg who believed a woman’s right to bodily autonomy is paramount equality. The bill is intended to reduce barriers to abortion in North Carolina, by repealing prohibitive legislation.

According to a new report from the Center for Reproductive Rights entitled Evaluating Priorities, North Carolina has the fourth highest number of abortion restrictions in the entire country. Those restrictions disproportionately affect marginalized groups of people.

“These barriers serve absolutely no medical purpose, and instead interfere in patients' decisions about whether and when to have a child,” said Rep. Julie von Haefen, D-Wake, co-sponsor of the bill.

According to Mars Earl, director of engagement for the North Carolina Abortion Fund, rural areas of North Carolina are impacted particularly hard by restrictions to abortion care. There are no abortion clinics West of Asheville, and only one in Asheville. Similarly, there are two clinics in Fayetteville, with nothing east of that outside of Wilmington.

The bill would also seek to allow nurse practitioners, physician assistants and certified nurse midwives to provide abortions within thier scope of practice; repeal the ban on medication abortions provided via telehealth; and repeal insurance and funding bans that prohibit abortion coverage in the affordable care act plans in North Carolina, the state employee health plan, local government employee health plans and Medicaid. The bill would not require these entities to cover abortion care, it would simply prohibit or remove the prohibition in providing that coverage option for abortion care.

“These obstacles serve no medical purpose. They're created by politicians, mostly men, who think that women cannot or should not be permitted to decide for themselves when, and whether they need an abortion,” said Sen. Natasha Marcus, D-Mecklenburg, co-sponsor of the bill.

Dr. Erica Pedigree participated in the press conference with North Carolina representatives and senators announcing the bill. According to Pedigree, a family physician in Hillsborough who practices fullscope, primary care as well as public health, lifting restrictions on the telehealth for abortion care and the mandatory 72-hour waiting period would greatly improve access for rural counties.

Women in rural areas must currently travel great distances to receive care. Creating access through telehealth, increasing the number of practitioners available and removing the 72 hour waiting period so women don’t have to drive a great distance, and possibly miss work, twice - would make a big difference for women seeking care in rural areas.

“The RBG act is a necessary piece of legislation that will make reproductive healthcare safer and more accessible to North Carolinians across our state, no matter their race, their income, or where they live,” said von Haefen.

Most of the legislators sponsoring the bill are from the Triangle area and Eastern North Carolina. However, Democratic Reps. Susan C. Fisher and Senator Julie Mayfield, both of Buncombe county, are both sponsors.