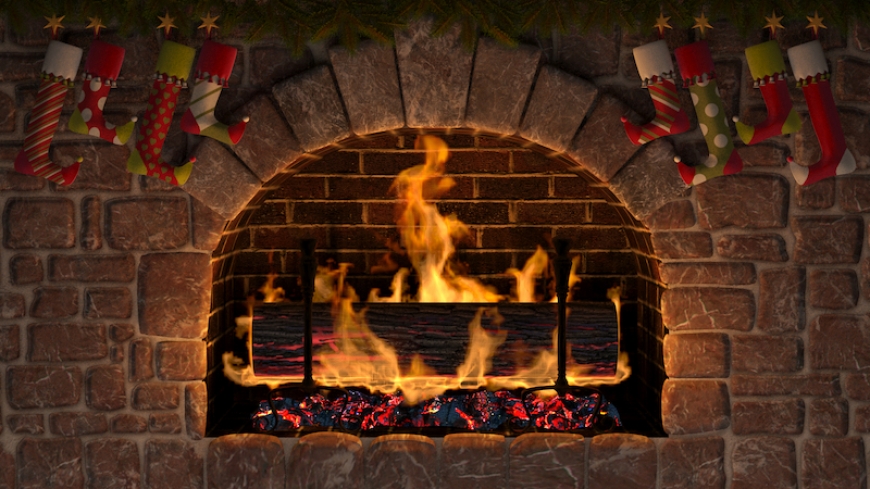 At the end of the year, a lot of different celebrations are happening for various reasons. Hanukkah, Christmas, Kwanza and Winter Solstice, or Yule. When people use the phrase, "The reason for the season," I immediately think the reason for the season is well… the season! The winter season. The Yuletide, which means the time of Yule.

Yule usually falls on Dec. 21, when the earth's axis is at its maximum tilt away from the sun. It is the longest (darkest) night of the year and marks the midway point of our coldest season. The following day, our days become longer and brighter. Yule is typically celebrated by those who follow earth-based traditions. A celebration of the winter solstice.

Often people are surprised that many of their Christmas traditions originated from Yule or the Yuletide holiday. Bringing an evergreen tree into the home was a tradition to remember that even as the earth was resting, it was still alive and well. Wreaths were also used to symbolize the wheel of the year and signify another completed cycle. Bells were rung during Yule, often in the morning.

Elves first became associated with Yule as it was believed that the elves had a hand in the return of the sun and longer days. Caroling has always been a popular Yule tradition, children would go door to door honoring the winter solstice with song. Candles were another way to have the eternal flame within the home, to represent the sun and its return. Most people have heard of the yule log. Traditionally this was a large Ash tree, cut down and brought into the home to be burned. It was believed that the longer the yule log burned, the faster the sun would return.

Yule, as well as all earth-based traditions, is a time to remember and honor our connection with the earth. In particular, Yule is a time to rest and reflect. It is an opportunity to look back at the year, see what worked, and what changes need to be made. Be that in farming the land for harvest or working on our emotional well-being. Yule invites us to go inward, to contemplate, reflect and release. A perfect time to let go of what is not working for our highest good and to plant seeds of intention for the upcoming year.

In our home, we celebrate Yule in simple, yet poignant ways. We have a yule tree. We have set up an intentional space to place candles as well as various objects that represent winter solstice and the return of the sun to us. On the night of Yule, we will have a special dinner, filled with winter foods (apples, nuts, winter squash, etc.) We will drink wassail (a traditional Yule drink) and most importantly we will enjoy being together and will focus on the intention of rest and relaxation of the holiday.

That night we will light the yule log, sit by the fire, and write on small pieces of paper what we wish to release as well as what we plan to create for our lives in the coming year. We will focus on releasing old patterns that no longer serve our highest good and bring positivity into our lives. This year, in particular, we will focus on letting go of the negative energy COVID-19 has brought to our lives and focus on the lessons learned. Those little pieces of paper will go into the fire as symbols of letting go as well as intentions to invite all things that bring harmony.

I encourage you to look to the next year's cycle with hope and happiness this Yuletide holiday. Blessed Be.

Dee Burrell is a master herbalist and energy worker who lives in Waynesville.