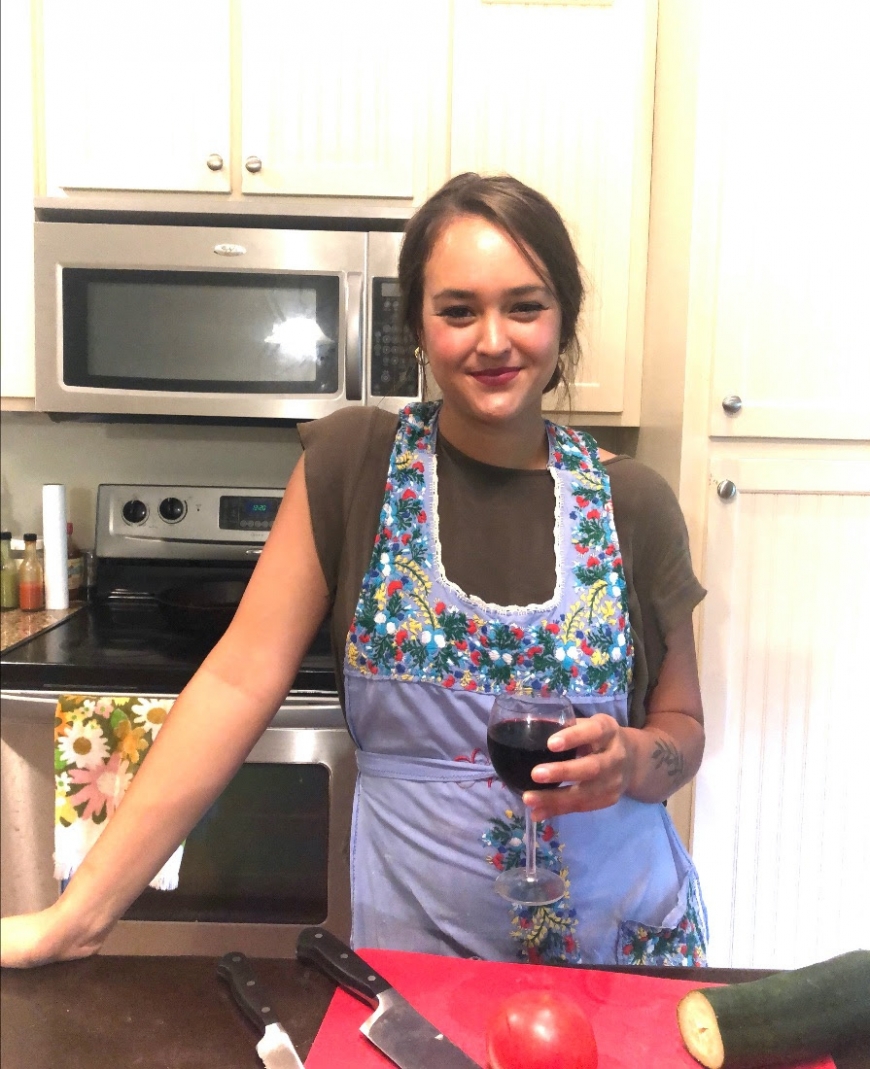 My sister was married last month in a small ceremony in Waynesville.

I have been looking forward to the day she would be married for so long now. My sister is a human bursting with enthusiasm and kindness, intelligence and determination. As a child I followed almost directly in her footsteps, and in growing this way I always understood what the person she would marry would be getting. A partner in adventure, a cheerleader, someone always pushing you, helping you to be the very best version of yourself. Megan is the gift of a lifetime.

That’s something that me and Sam, her now-husband, share. And there are few others in this world — my brother Liam, my parents, a few of her closest friends — that understand what that gift means.

I think this is what made her twice scaled-down wedding so special. It is certainly what had me in tears the whole time. Joy, pride, gratitude, all swelling beyond my emotional capacity.

Megan had decided months ago that she wanted to have pies at her wedding instead of cake, and she wanted family and friends to make them. An exciting and personal element to the wedding that was never in danger of being canceled or postponed no matter how small the event became. The pies were here to stay.

Baking is not my forte, so the practice began months ago. I tried everything.

All the while with the looming knowledge that Sabra Faires, Sam’s mother, was without doubt the most qualified baker in our soon to be family, and that she was making chocolate pecan pie. Arguably the best pie that exists in the pie universe. (I’ll skip to the good part, it did not disappoint. I think everyone at the wedding could have eaten a whole Sabra chocolate pecan pie on their own, I know I could have.)

Soon it was the Thursday before her Saturday wedding and I still didn’t have a plan.

In the end it was Megan who saved me, as she always does. Earlier in the week I had sent her a picture of all the peaches I had gathered from the lone peach tree in my boyfriend’s front yard and Thursday she suggested peach pie.

My mind did somersaults and landed on peaches and cream pie — something I’ve never made, or eaten before, but was perfect in my imagination. What could go wrong? Peaches are quintessential late summer, seductive and delicious. I had cut up, peeled and frozen all the peaches I had gathered from that peach tree during August.

This pie was a real labor of love, and for love. It turned out delicious and yet, all wrong in some ways. I invite you to take a gander. I promise, no matter how you do it, it will taste sultry and sensual, warm flavors in a chilled pie. Perfect for the end of summer days.

Fun Fact: Did you know peaches, and other stone fruits ( plums, apricots, and nectarines) gather sweetness only while they are attached to their branch? Other fruits like apples, bananas, kiwis and pears gather starch while connected to their plant, and sweetness after they are separated.

Peaches - about 1 lb. peeled and sliced

Pie crust - homemade or out of the package, cook all the way through before you assemble because this is a no-bake pie. For this recipe, we’ll take for granted that the pie crust is already done.