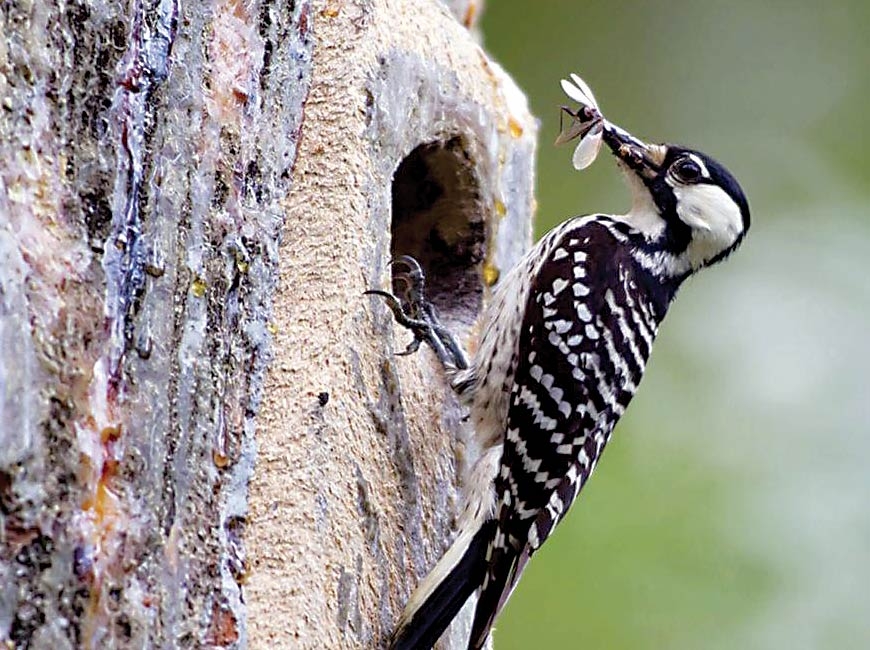 The red-cockaded woodpecker has been listed as an endangered species since 1969. USFWS photo

The red-cockaded woodpecker could be downgraded from an endangered species to a threatened species if a proposal from the U.S. Fish and Wildlife Service is adopted, and a public hearing slated for 6 to 9 p.m. Tuesday, Dec. 1, will give citizens a chance to weigh in.

The virtual meeting will feature a presentation from 6 to 7:30 p.m. and public comment from 7:30 to 9 p.m. Written comments will be accepted through Monday, Dec. 7.

The woodpecker was listed as endangered under the Endangered Species Conservation Act of 1969, when there were estimated to be fewer than 4,000 clusters of the birds. Today, the FWS estimates there are nearly 7,800 clusters in 11 states ranging from southern Virginia to eastern Texas. A cluster is a group of cavity trees used by one or more woodpeckers. More information is available at https://bit.ly/3lq3uke.

To attend the meeting and provide oral arguments, follow the instructions at https://bit.ly/3poh4vm. The proposed rule was published on Oct. 8, opening up a 60-day public comment period that ends Dec. 7. Read the rule or offer written comment at https://bit.ly/3ltb4j6.