There was a problem rendering your image gallery. Please make sure that the folder you are using in the Simple Image Gallery Pro plugin tags exists and contains valid image files. The plugin could not locate the folder: media/k2/galleries/30839 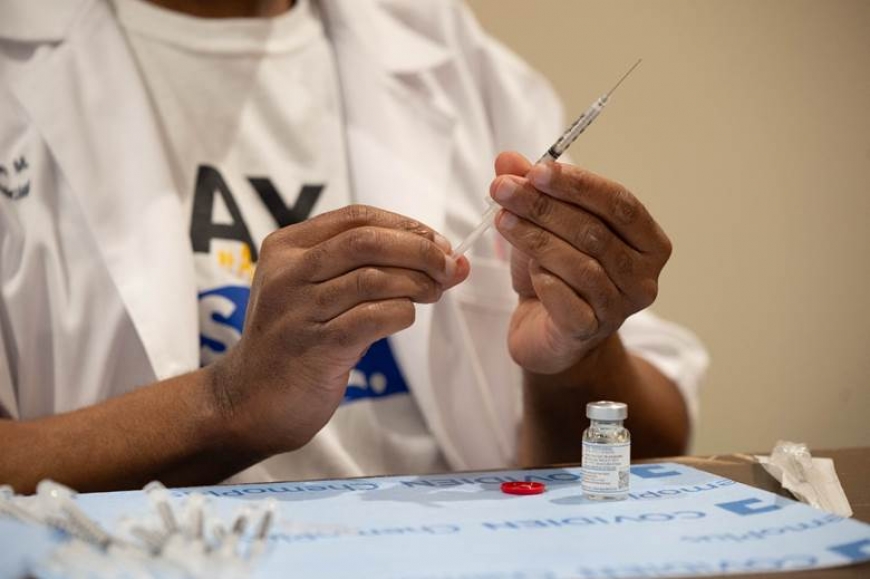 Western Carolina University is one of four University of North Carolina System campuses that has opened or will soon open a community clinic for COVID-19 vaccines.

WCU had planned to hold an initial drive-in vaccination event on Friday, Feb. 19, at the Health and Human Sciences Building on Little Savannah Road. However, due to widespread winter storms, shipment of the doses to be used that day has been delayed. WCU hopes to reschedule the debut clinic for a new date next week.

The clinic aims to administer 500 vaccines at the initial clinic in partnership with the Jackson County Department of Public Health, as well as at a second clinic the following week, pending vaccine availability.

“We are proud to serve our communities in this way,” said WCU Chancellor Kelli Brown. “And we are especially proud to work initially with Jackson County to reduce the backlog of county residents who are eagerly waiting to be vaccinated. We will then expand vaccination efforts to the university’s entire WNC service region.”

The clinic’s first priority will be to help JCDPH clear its backlog of people from Groups 1 and 2 who are still on the waitlist. Once that waitlist is clear — likely in two or three weeks — WCU will begin taking new appointments and will focus its vaccination efforts on the entire Western North Carolina region. Details on the appointment process will be released at a later date.

UNC campuses across the state will be operating vaccine clinics in the coming weeks and months with an emphasis on reaching underserved and rural populations. Along with WCU, UNC Asheville and UNC at Pembroke were planning clinic launches this week. N.C. Agricultural and Technical State University launched its vaccine operation Feb. 11 and will administer up to 700 doses per week in conjunction with Cone Health.

UNC Asheville has joined with Mountain Area Health Education Center to open a clinic starting this week and continuing through May at the UNCA Reuter Center. It will initially operate on Fridays, Saturdays and Sundays, eventually offering up to 1,950 shots per week.

“The faster we can distribute these vaccines, the faster we can get North Carolinians back to work, back to family gatherings, back to normal life,” said UNC System President Peter Hans. “Our public universities will do everything in their power to bring that day closer.”

The clinics are coordinated in partnership with the N.C. Department of Health and Human Services and N.C. Emergency Management. Universities also worked with county health departments, local emergency managers and health care systems in their areas.

Earlier this year, the UNC System, working through UNC-Chapel Hill’s NC Policy Collaboratory, acquired freezers capable of storing and transporting vaccines at sub-zero temperatures. Fifteen campuses received a total of 62 freezers, including 29 mobile units that can distribute the vaccine across North Carolina.

Besides the four new clinics, other UNC campuses are planning similar efforts to host vaccination sites or assist local health agencies. In addition, UNC Health has administered more than 150,000 vaccines at its clinics around the state, including a large site at the Friday Center in Chapel Hill.