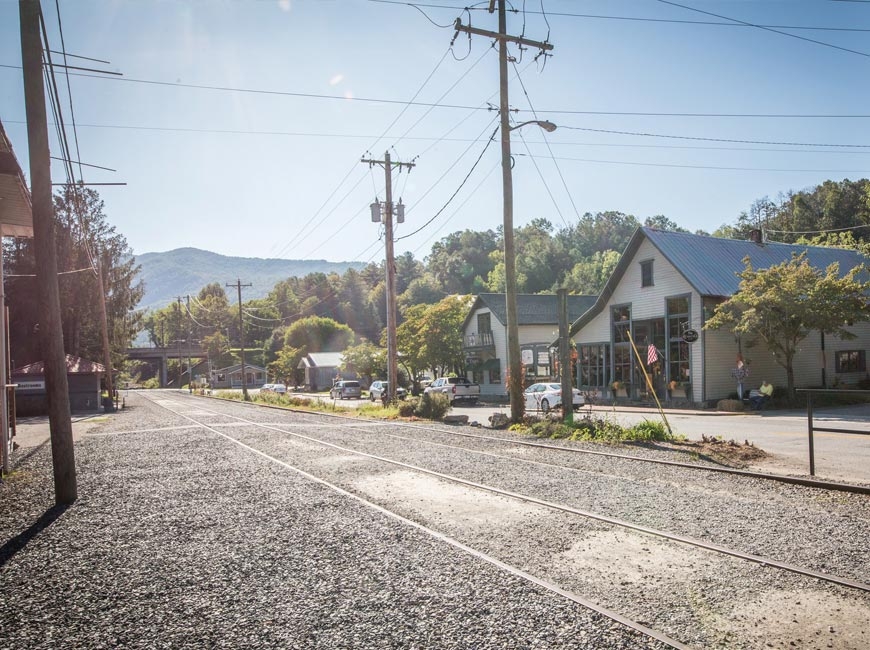 In the 2016 revaluation, Dillsboro was the only township whose total value did not show a decline from pre-recession values. File photo

Tax values for Jackson County properties are set to rise next year as the county enters the final stages of its process to revaluate property values last set in 2016.

While the total value of taxable properties in Jackson County fell by 23.4 percent between 2015 and 2016, preliminary figures show an increase of 12.7 percent between 2020 values and anticipated 2021 values. However, projected 2021 values are still lower than the $11.16 billion valuation used in 2015, the last year the county used the schedule of values adopted prior to the Great Recession. The 2021 reappraisal review is currently only 70 percent complete and subject to change, but the projected value gives a solid indication as to where the final value will land.

During a work session with commissioners held Tuesday, Sept. 8, Tax Administrator Tabitha Ashe said she plans to ask the board to call for a public hearing on Tuesday, Oct. 6, and hopes to see a schedule of values adopted Oct. 13. The adjusted property values will become effective Jan. 1, 2021, with notices mailed out in February. A several-month process during which property owners can dispute appraised values will follow.

The new values will aim to reflect fair market value as of Jan. 1, 2021. Because most properties won’t actually be for sale on the market at that time, the final values are “more of a hypothetical,” said Ashe, based on characteristics of the individual home and property as well as recent market data from sales of nearby properties. In completing the revaluation, staff conducted 8,844 field reviews and 31,159 office reviews of Jackson County properties.

In 2016, Jackson County finished its first revaluation process since the Great Recession of 2008. In that instance, the county waited the full eight years allowed by state law to conduct the revaluation because leaders feared that if they stayed on the four-year schedule used prior to the recession, the gulf between land values calculated pre- and post-recession would require them to choose between massive budget cuts and hefty hikes to the tax rate.

In 2016, tax values declined in 16 of the county’s 17 townships — Dillsboro town was the only exception — with overall value declining by 23.6 percent. Values on higher-end homes dropped the most, with lower-value homes seeing much less of a swing. To make up the difference in the budget, commissioners voted to raise taxes from 28 cents per $100 of value to 37 cents per $100 of value, a 32 percent increase. The hike was due not only to the revaluation but also to increased funding requests from Harris Regional Hospital and the Glenville-Cashiers Rescue Squad, plus a slew of capital projects on the horizon. The current tax rate is 38 cents per $100.

This time around, the county is in a nearly opposite situation. Values are projected to increase in every single township, with an overall projected growth of 12.7 percent compared to 2020 values. Webster Township is projected to see the least growth, at 1.77 percent, while Cullowhee is projected to have the most, at 26.99 percent.

“A lot of that is driven by apartments in Cullowhee,” said Ashe.

That growth has resulted in an increase in taxable value in Jackson County, with total value growing from $8.54 billion in 2016, when the last revaluation took effect, to $9.03 billion in the current year and a projected $10.18 billion for 2021.

Residential structures are responsible for the overwhelming majority of property value in Jackson County, at 72.4 percent of all value. Of those, 35 percent are single-family homes built on a permanent foundation valued at $250,000 or less, while 23 percent are valued at more than $750,000 and 20 percent are worth between $250,000 and $750,000. The remainder consists of other residential structure types like manufactured homes, condos, townhouses, duplexes and tiny homes.

After this revaluation is complete, Ashe hopes to make the next process even shorter, aiming for a 2025 revaluation. This would move the county back to the four-year revaluation cycle it had been on prior to the recession. Doing revaluations more frequently makes it easier for staff to keep up with the market and lessens the sticker shock factor for property owners, she said. It also better serves the ultimate purpose of a revaluation — establishing the fairness of tax burden between residents.

If commissioners decide to keep tax rates the same following the revaluation, most Jackson County property owners will see their tax bills rise when their property values are adjusted upwards, resulting in an overall increase to the county budget. Conversely, commissioners could decide to lower the tax rate in order to keep the total tax bill — and the county budget — closer to its current size.