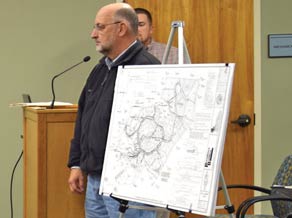 Plans for a brand new residential subdivision in Franklin will move forward after the town board of aldermen approved a special-use permit for Scenic Ridge Properties. 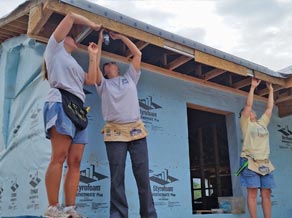 With the holidays currently underway, there’s plenty for all of us to be grateful for living here in Western North Carolina. A roof over our heads, food in our bellies, a warm bed to climb into each night, a beautiful mountain view to awaken us each morning.

River Walk Apartments, an eight-building complex in Cullowhee, will get a waiver on the $16,500 it paid in solid waste fees this year, Jackson County commissioners decided unanimously last week. 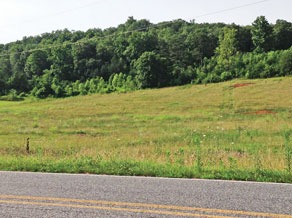 The Charlotte developer behind a 488-bed student apartment complex planned for Cullowhee could face criminal charges, pending the outcome of an Aug. 27 hearing.

State of housing in Cherokee to be surveyed

A federal study researching housing conditions on Indian reservations across the U.S. will include the Eastern Band of Cherokee Indians.

In 2009, Congress mandated that the Department of Housing and Urban Development assess housing needs among people living on reservations. The study will determine need based on demographic, social and economic conditions.

The goal is to amass “clear, credible and consistent information that can inform Congress,” according to a resolution approved by Tribal Council last week.

Although all tribes can complete surveys online, the Eastern Band is one of 40 randomly selected tribes whose enrolled members have a chance answer more in-depth household surveys. Selected participants will receive a $20 gift card for their time.

The in-person household survey will ask questions such as: how many people live in each residence; reasons multiple people are living in the same household; and what features the home includes.

Although only a handful of enrolled members of the Eastern Band will fill out in the in-person survey, researchers are collecting multiple types of information to give a more complete picture of life on reservations. They will look at readily available information such as Census data, conduct in-person and phone interviews, and involve background interviews and literature reviews.

Data collection began in January and will continue until January next year, with preliminary findings scheduled for completion in June 2014. The results will not affect how much funding individual tribes receive but could influence overall allocations for the federal Indian Housing Block Grant program.

In an effort to increased accuracy and transparency, meetings of the Eastern Band of Cherokee Indians’ Tribal Council will now be captured with a verbatim transcript.

Council Member Tommye Saunooke presented a resolution to council last week asking that all discussion at budget and Tribal Council meetings be transcribed word for word to keep an accurate history of what happened.

“I don’t want a summary. I want verbatim,” Saunooke said.

The resolution suggested hiring a court reporter for the job.

Council Members Terri Henry, Bo Taylor and B Ensley all voiced their agreement with Saunooke. However, Ensley questioned whether the tribe needed to hire outside help.

“I agree with what Tommye is trying to do here,” Ensley said. “But I am opposed to contracting someone to do this.”

Council’s monthly meetings are already broadcast on the tribe’s own cable channel as well as online, and are widely viewed.

Cherokee will be the only government entity in the region that offers complete transcripts of government proceedings. Towns and counties keep minutes of meetings, which are written as summaries of what transpired and vary in how comprehensive they are.

The story is all too familiar.

A property developer buys a large swath of land with grand plans to build high-end homes and sell them for a substantial profit. But the housing bubble bursts. The lots don’t move. The property sits empty, and eventually, the developer can’t repay the bank loan used to purchase the land. It falls into foreclosure and becomes an artifact of the U.S. real estate market crash.

What was once a construction scene characterized by luxury, mountainside housing and second-home developments has a newcomer at the table. The latest construction project in Macon County are not mini-mansions in the highlands but a low-income apartment complex in town.

A House Plant For Every Type of Home