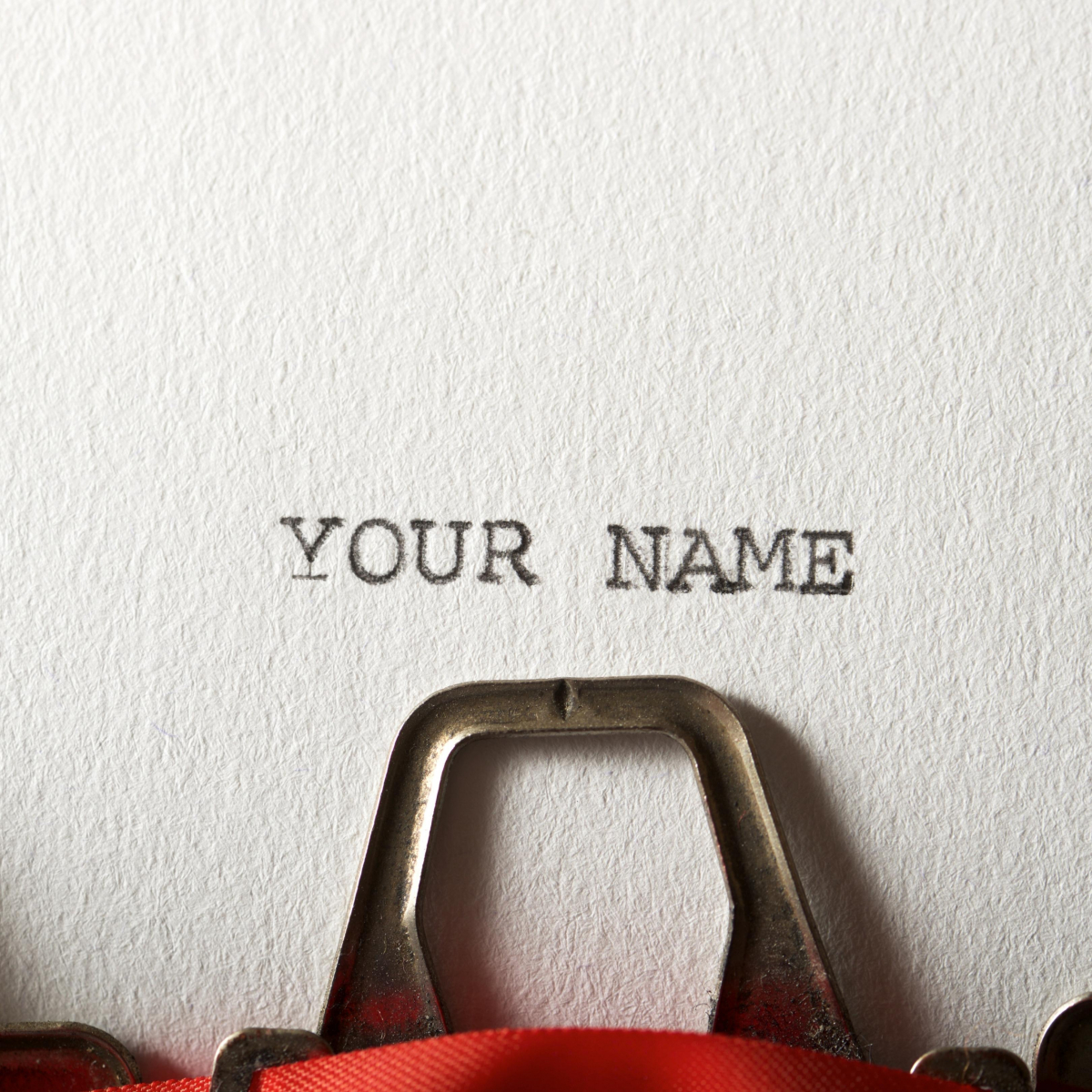 Have you ever heard the song A Boy Named Sue by Johnny Cash? It’s hilarious! This young man makes it his life’s mission to find his father and personally thank him for naming him Sue. By thanking him I mean, kicking his ass. In his ballad he describes how hard his life was growing up because of that name. He would respond to the jeering from the boys with his fists and from the girls, with shame and hurt. He says point blank in the song that he “grew up quick” and he “grew up mean.” The story ends with his dad letting him know that he knew he wouldn’t be around for his son. The only way he could ensure his son would survive without him was to give him a name that would help him to develop a thick skin and a strong spirit.

What we call someone emphasizes a vibration that has an energy about it. All things vibrate. Changing that sound, changes that energy. When we meet someone for the first time, their name makes an impression on us. Based on the energy we feel when we are with them, that name begins to represent that energetic exchange. When we later recall that person in our mind’s eye, we start to associate their characteristics with that same vibration. Don’t believe me? Think of a bully you knew in school, and say their name aloud. How does it sound? Did you say with a light hearted enthusiasm or more likely with disdain? Whenever I hear the name Colleen, I immediately think of a mean girl I knew in middle school. We both liked the same boy, and she was not happy he chose me. She made diligent efforts to get other kids to be mean to me. Rest assured, if I had birthed a baby girl instead of boys, I would have rather stabbed myself in the eye with a pencil than name my sweet baby girl Colleen. Should I meet another Colleen in life that is kind and warm hearted, that could change. Now… when I think of my first crush Miles, well my heart swells and I naturally grin ear to ear. Very different vibe.

The letters of your birth name have a spiritual significance that can be measured by a numerical formula designed by the Greek philosopher Pythagoras. Basically, he created a chart that gives each letter of the alphabet a corresponding numerical value that when added together and distilled down to a single digit, has an energy. That energy can be harnessed to manifest in the world or changed if it is impacting you in a negative way. Once you have the values you can learn about your lifepath, your personality and your soul urges.

Have you ever met anyone that didn’t answer when you called them by their name? Almost as if, it wasn’t their name? This is because their spirit could not resonate with that vibration. It felt out of alignment for them and consequently, they did not hear it. What do you do when you feel like your name does not suit your energy? You guessed it. You change it! Actors do this all the time especially when another actor already has their given name. They might use their middle name or choose a new name altogether! My own mother was born Sandra and lived a very challenging life as a young person. They had a good life, but not a lot of money. When she moved out on her own, she decided to be called Sandy. Boom bada bing…new way of life! She met Mort, an aspiring pilot, and proceeded to have four children and live in a beautiful home complete with crystal chandeliers and marble fireplaces. As you can see from this example, you do not have to choose a completely new name. The new configuration of letters changes the values and thus the energy.

You might be wondering if your birthname holds any significance once you start using your new name. The truth is, it still has an effect as this is the name you came in to this world with. However, the good news is that as long as you have the new name, it also counts and has significant weight as that is the name uttered day in and day out! Please remember that nothing is more powerful than the sound of your own voice. Each time you introduce yourself with your new name, you are directing your energy out into the world in a powerful way. And in the same token, each time you respond to the new vibration, you claim your new energy in a powerful way. This goes for putting the new John Hancock on a document or letter as well!

Have you ever been in a room with other people and sensed that something was amiss? You…

By Sabrina Matheny • To Reverse or Not to Reverse? I spent years reading only the upright…

If you feel like a boy named Sue, you do not need to spend your days plotting revenge. You can decide what you want to be called and take it from there. Once you do, you might notice that life begins to respond to you in a new way. How do I know? Allow me to introduce myself… I am now Bri Matheny. I noted that the name Sabrina Pearl Matheny carries the vibe of caretaker and quite frankly, that role no longer suits me. It does hold some value for me in my business life, but in my personal life I’m looking for the energy of an adventurer and my childhood nickname Bri fits the bill! I spent several years living abroad as a child, during college, and again after I graduated from college. Sabrina Matheny Shelton, my married name, did not hold the energy of stepping foot on foreign lands since the day she said I do. I felt pretty powerful when I divorced and took back my maiden name Matheny as my nom de famille. Now, to take back Bri makes me feel invincible! Something about losing someone else’s last name and those four little letters has me ready to rare my head back and let ‘er rip!

Sabrina Matheny is an intuitive designer, life coach and spiritual medium. Her passions include running, speaking french and traveling abroad. When she is not working, she is spending time with her sons and watching murder mysteries.  This email address is being protected from spambots. You need JavaScript enabled to view it..

Be a Good Mom, Not a Perfect One