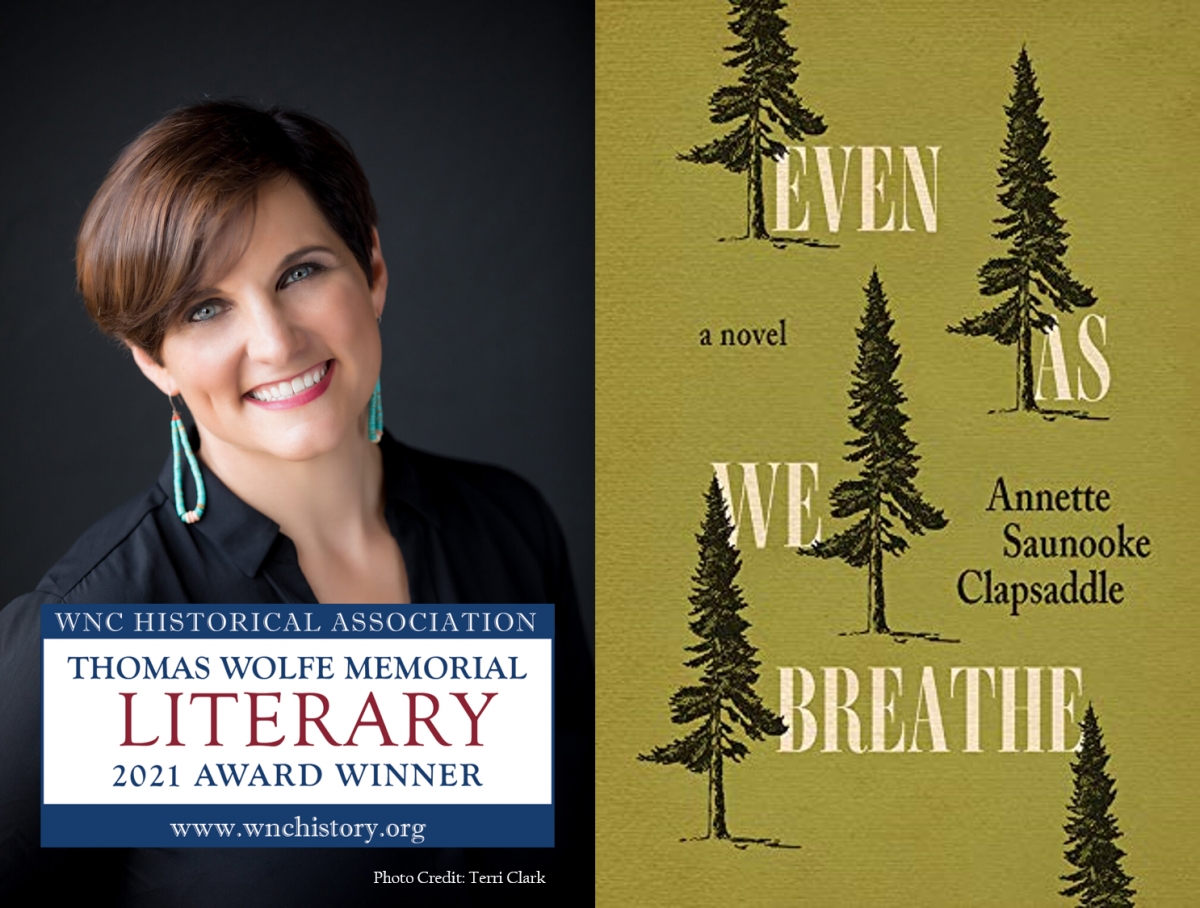 Of the novel, Catherine Frank, Chair of the selection committee, says, “Even As We Breathe immerses us in a specific place and time, Asheville’s Grove Park Inn when it was being used to house Axis diplomats and their families in 1942, and in the Qualla Boundary where Cherokee traditions are deeply embedded but in conflict with an ever encroaching outside world. But the story of Cowney Sequoyah and Essie Stamper is also timeless and universal, exploring what it means to lose innocence and to find ‘who we are supposed to be.’ Most importantly, the book is beautifully written, with convincing, well-drawn characters and compelling imagery that tie the various stories together. This first novel by an enrolled member of the Eastern Band of the Cherokee Indians exemplifies the quality of the most compelling regional writing.”

A prize of $2,500, supported by the Thomas Wolfe Memorial Advisory Board and Michael Sartisky, PhD, accompanies the engraved Literary Award trophy. Both of which will be presented to the author at the event, which will be held this year via Zoom on Thursday, December 9 at 6:30 p.m. Registration is available at www.wnchistory.org/events

The other finalists, who will also read selections from their publications at the event, chosen from 40 nominations, are:

Vicki Lane, And the Crows Took Their Eyes

Matthew Wimberley, All the Great Territories

The first award in 1955 was given to Wilma Dykeman for her landmark The French Broad. Last year’s winner was Dr. Sandra Muse Isaacs for Eastern Cherokee Stories: A Living Oral Tradition and Its Cultural Continuance. Others who have received the award over the years include such notables as Robert Morgan, Charles Frazier, John Parris, Gail Godwin, John Ehle, Robert Brunk, Michael McFee, Lee Smith, Ron Rash, Wiley Cash, Wayne Caldwell, Fiona Ritchie, and Doug Orr.

The WNC Historical Association is a nonprofit organization with a mission to preserve and promote the history and legacy of Western North Carolina through interpretation, education, collection, and collaboration. For more information, call WNCHA at 828-253-9231 or visit www.wnchistory.org.

Check Out These Top Fall Festivals