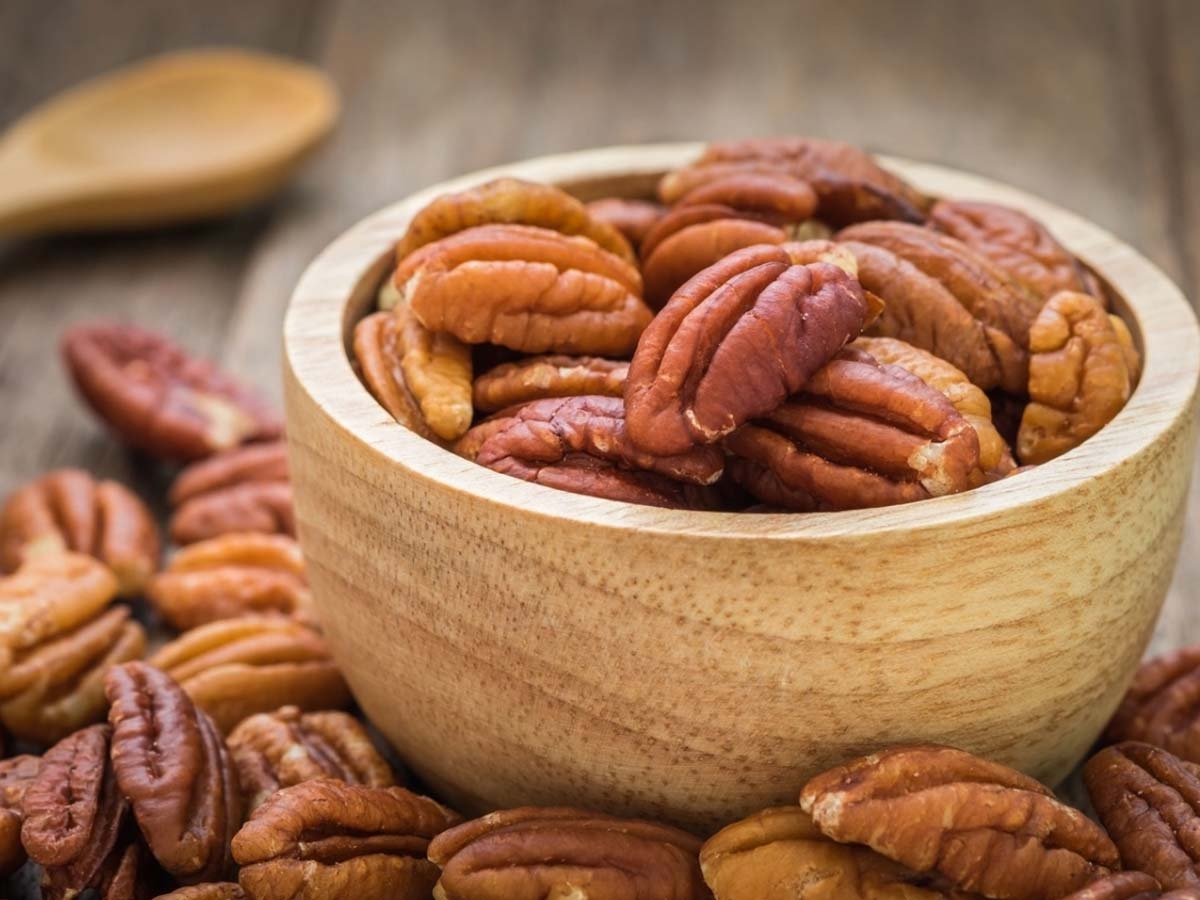 Pecans, and all the delicious recipes that come with them are a particularly North American affair. Pecans are native to North America and as such have been used by Native Americans for millennia — from what is today the southern United States to the river valleys of Mexico.

The English word pecan comes from the French word  “pacane,” which is the French pronunciation of the Algonquin word for “nuts requiring a stone to crack.”

Pecans were an important part of the diet for native people as they have high nutritional value. Their value extended beyond nutrition though as they are thought to have been used as currency in trade between native bands. Native people also used pecans to make a type of fermented nut milk called “powcohiccora,” thought to be the origin of the word hickory. Pecan trees belong to the hickory genus (genus Carya).

Reliance on pecans for nutrition and trade spurred widespread cultivation of the plant. When colonists began coming to North America, they quickly capitalized on the plant, using native knowledge to cultivate orchards and export the nuts around the world.

Growing pecans takes patience though, considering it takes almost 10 years before a pecan tree will produce nuts. Once the trees start producing, they will continue to do so for over 100 years.

There’s no telling how far back the origins of pecan pie go. The nut’s flavor lends itself well to both sweet and savory dishes. By the 1870’s and 1880’s pecan recipes were popping up in cookbooks in Texas and in 1898 the first record of a pecan pie recipe was published in a charity cookbook in Saint Louis, submitted by a Texas woman. The dish must have been widely popular by the mid 1920’s because that is when Karo Corn Syrup began printing a pecan pie recipe on the label of its corn syrup bottles.

Karo was, and still is, a national brand and likely filled in the gaps among any places, people and communities not yet familiar with pecan pie.

The dish remains highly popular today, though recipes vary and can be as hotly debated as the pronunciation of the word pecan itself. Whatever the recipe or the pronunciation, we don’t have to wait for a special occasion to enjoy the flavors of pecan pie. This recipe for pecan pie almond butter is an easy way to get the warm, nostalgic flavors of pecan pie along with the nutritional benefits nut butters provide. Enjoy this recipe throughout fall and beyond.

3 cups pecans/almonds (use half pecans and half almonds, or any combination of the two to equal 3 cups)

1.Toast nuts, if not already roasted, in the oven at 350º F for 10 minutes, until fragrant and crisp.

2. Blend the nuts in a food processor or blender until smooth, 3-5 minutes.

3. Add cinnamon, vanilla and maple syrup to the nut butter and blend for 30 more seconds.

What is Watergate salad?