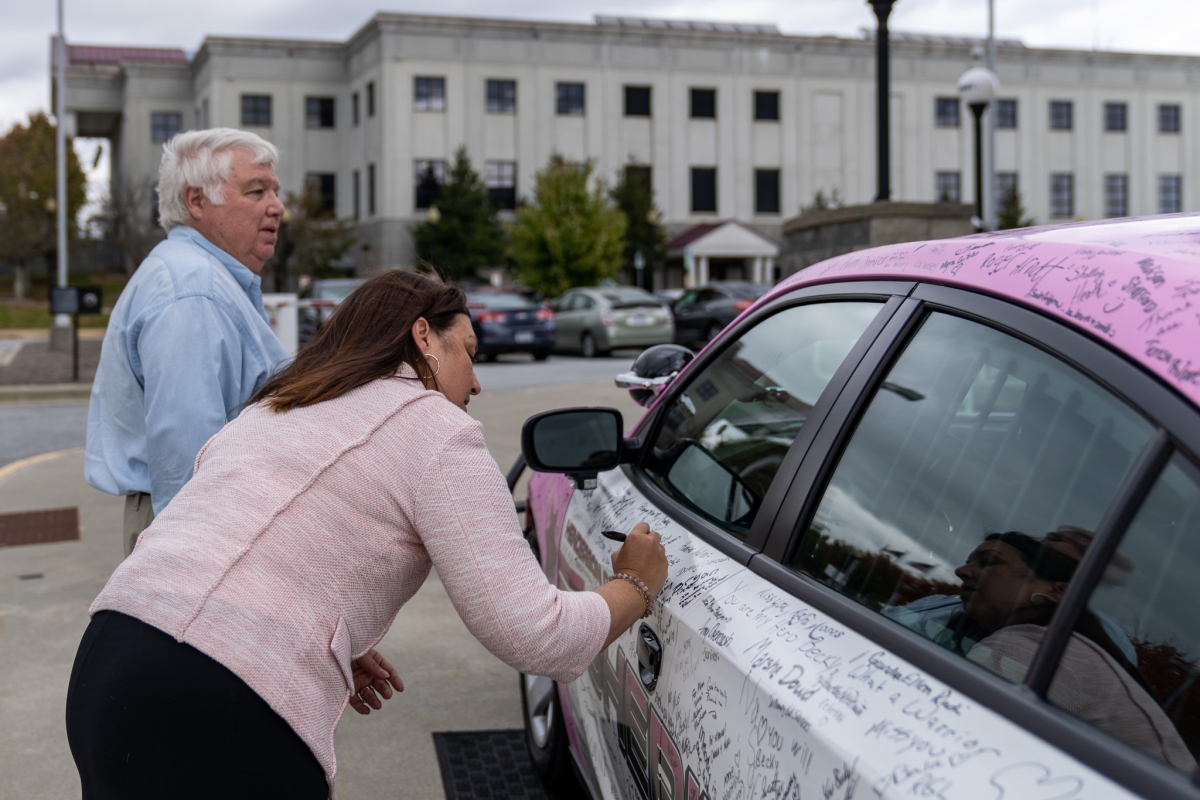 District Attorney Ashley Hornsby Welch signs car with her father, Dr. Ty Hornsby, by her side

District Attorney Ashley Hornsby Welch traveled to Henderson County this week to add her signature to those of other cancer survivors on a pink-wrapped squad car.

Welch is a Hendersonville native.The pink car is part of Henderson County Sheriff Lowell Griffin’s and his department’s efforts to bring attention to breast cancer. October is Breast Cancer Awareness Month.“I applaud the Henderson County Sheriff’s Office for their efforts to raise awareness. I hope the pink patrol car helps to remind and encourage women to get mammograms,”Welch said. “And, not just in Henderson County, but in every county.”Welch is the top prosecutor for the 43rd Prosecutorial District. She oversees seven counties: Haywood, Jackson, Macon, Clay, Cherokee, Graham and Swain.Nearly 270,000 women and more than 2,000 men in the United States are diagnosed each year with the potentially deadly disease. Through a routine mammogram, Welch learnedin 2020 that she, too, faced battling the disease.Welch received treatment in Henderson County through Pardee Cancer Center.“I can’t speak highly enough about staff members’ kindness or the exceptional level of care I received,” she said.