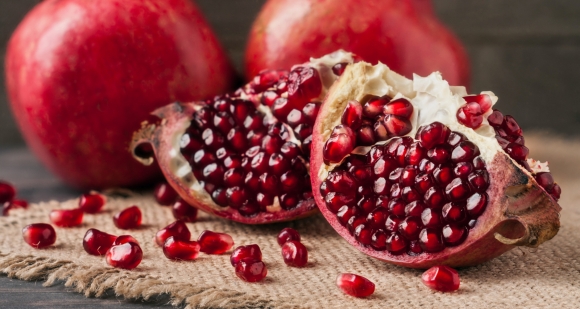 Aphrodisiacs have a long and sexy history. Named for the Greek Goddess of love and beauty (associated with Venus in Roman mythology), an aphrodisiac is any food or substance that increases sexual desire, arousal, behavior, performance or pleasure.

The primordial deities Gaea (earth) and Uranus (heaven) gave birth to the 12 Titans, one of whom was Cronus. Uranus was a horrible father, and an even worse partner to Gaea and so eventually a fight broke out for power over Uranus. Cronus, with a stone sickle created by Gaea, cut off Uranus’s testicles and threw them into the sea. They were so potent that they caused the sea to foam, and from the foam Aphrodite was born.

For much of human history, people have believed aphrodisiacs functioned like that of Uranus’s testicles - use as directed, and something very sexy will ensue. Grind tiger testicles or rhinoceros horn into a powder and consume, eat fruits and vegetables that appear even slightly phallic or yonic, spritz whale puke perfume (ambergris), eat a sea cucumber, piranha soup, baboon urine, skink lizards, leaf-cutter ants, oysters, chocolate, strawberries, champagne, avocado (from the aztec word for testicle - ahuácatl)… the list seems endless.

The big question is, does any of it actually work?

The answer isn’t so sexy - yes and no.

Some ancient aphrodisiacs like ground rhinoceros horn and tiger testicles have been proven not to be good for you. However, other foods people believe to work as aphrodisiacs do have health benefits. Certain foods work to relax blood vessels and improve blood flow, essentially the same process as viagra.

As fall rolls into the mountains, so too does the season for soups, stews and chilis.…

Healthy skin is sold to us every day. Bottles and jars of every shape and size contain… 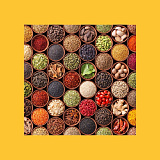 One of the spices I love most is cayenne pepper which has capsaicin in it. Capsaicin is…

The amino acid L-arginine, found in foods such as pumpkins, walnuts, beans and beef, is converted to nitric oxide in the body, which increases blood flow. So do foods with high omega 3 fatty acids, including salmon and avocado. Another helper is quercetin - found in apples, berries, grapes, red wine, garlic and dark chocolate. Quercetin has anti-inflammatory properties that can improve blood flow.

However, according to Lauri Wright, spokesperson for the US Academy of Nutrition and Dietetics, only people with compromised blood flow would see any improvements to sexual function by eating these foods. Someone with good circulation isn’t likely to see any changes.

One difficulty with understanding the truth about aphrodisiacs is understanding what it is people want from them. Better sexual function, heightened desire, intensified arousal and pleasure are all things people associate with aphrodisiacs. Those are mostly subjective traits and difficult to measure accurately.

But, nutrition science is clear, eating better improves overall physical health, which in turn improves libido and sexual function. It all compounds from there. Eating well can improve mood, hormone function and all around self-confidence. These are all factors that play into sex.

“Desire is physical, psychosocial and relational, and involves a lot of variables,” said Nan Wise, psychotherapist and sex therapist at Rutgers Univeristy.

There is also the strength of the placebo effect to consider.

“If you believe a certain food increases desire, the psychology of the placebo effect affects our capacity to get turned on or off,” Wise says.

The unsexy truth then is that healthy eating leads to better overall health, of which sexual health is an important part.

In the animal kingdom, many species of spiders catch flies to present to a female in order to mate. Perhaps the best aphrodisiac is to ensure your partner is happy and well-fed.