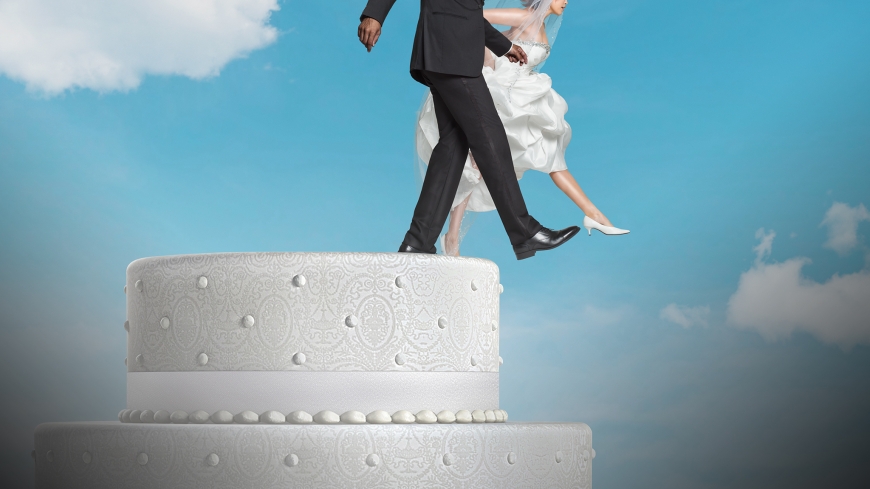 Am I the only one who is obsessed with the show “Married at First Sight?” I’m so intrigued by this social experiment.

If you haven’t seen it, here is the premise — men and women literally sign up for a team of relationship experts to match them up with their future spouse and once a match is made, these people agree to walk down the aisle and marry someone they’ve never seen, spoke to or actually met before.

My first thought was, how freaking crazy are these folks? How desperate do you have to be? This will never work. This is all for shock value. But I’m glued. I can’t look away. I just sit and wait for them to hit all the roadblocks. The new husband will unknowingly say the wrong thing and I yell out, “Oh no he didn’t! Here comes the first big fight!”

My husband rolls his eyes at my fascination with this reality TV show. It’s become the show I can watch when he’s at work (so I am not judged).

Now that I’ve watched a couple of seasons, my thoughts on the show have changed somewhat. When I sat down to write this column about marriage, I couldn’t think of what wisdom I could impart that you all haven’t heard before or that you haven’t learned for yourself. The truth is we’re all making it up as we go along — and that’s OK.

The truth is the people on this show aren’t any crazier than I was when I married Matt after 9 years of dating. Do we ever really know someone? Chances are that the person you’re married to at 50 won’t be the same person they were at 25. People change and they should be given the space to grow and change. Sometimes people grow apart.

Marriage is a gamble — a 50/50 gamble according to most statistics. It’s amazing we get married at all with those odds. But hey, that’s love, that’s vulnerability. Being in a relationship with someone we love is the most vulnerable thing we as humans can do.

It’s beautiful and messy, but to get the beautiful moments you have to take the shitty moments too. Sure, it probably helps if you know the person before walking down the aisle, but it doesn’t ensure your marriage will last either. At least the people on the show get a team of experts to basically walk them through the first few months of marriage and sometimes force them to communicate. Hell, we could have all used that!

No matter who you choose as your partner and how much you love them, it will never work out if you're not first and foremost committed to being committed. That commitment will be tested… over and over again. You’ll want your spouse to do better, be better, stop doing something, start doing something and it will make you so angry sometimes that you think being alone with your cats would be better.

You know deep down that’s not true because who would clean out the bathtub drain and cook for you (maybe that’s just me) but the thought will cross your mind. And that’s when you need to turn inward. Many of the women who offered advice on relationships this week mentioned this one piece of advice: work on improving yourself.

Me? But I’m perfect! He needs to change, not me!

I hear you, I’ve said it. But it’s just not true. You cannot rely on your partner to make you happy. Being a better person makes you happy. Learning to love yourself unconditionally allows you to let yourself love others unconditionally.

Mic drop. I know, you may need a minute.

So back to the show. I’m always amazed how wrong I end up being about the fate of some of these couples. At the beginning I think they’ll never make it but they end up being the most likely to succeed couple at the end. On the other hand, the couples who had crazy chemistry in the beginning end up fizzling out and then don’t have anything else behind the physical chemistry.

Of course, this doesn’t mean they’ll make it long term. This show has had 12 seasons on Lifetime. As of the end of 2020, 12 couples (less than half) are still together and five have started families together. But you also have to take into account that some of these people perhaps were more interested in being on TV than actually wanting to have a long-lasting marriage.

I encourage couples to watch it because 1) it’s easy to see other people’s mistakes than our own and 2) you can get great free relationship advice from these experts so you don’t make the same stupid mistakes some of these people do.

Continue to be vulnerable. Love is always a risk, but you should do it anyway.

Rub Some Dirt In It