A fresh look at the life of Evelyn Waugh 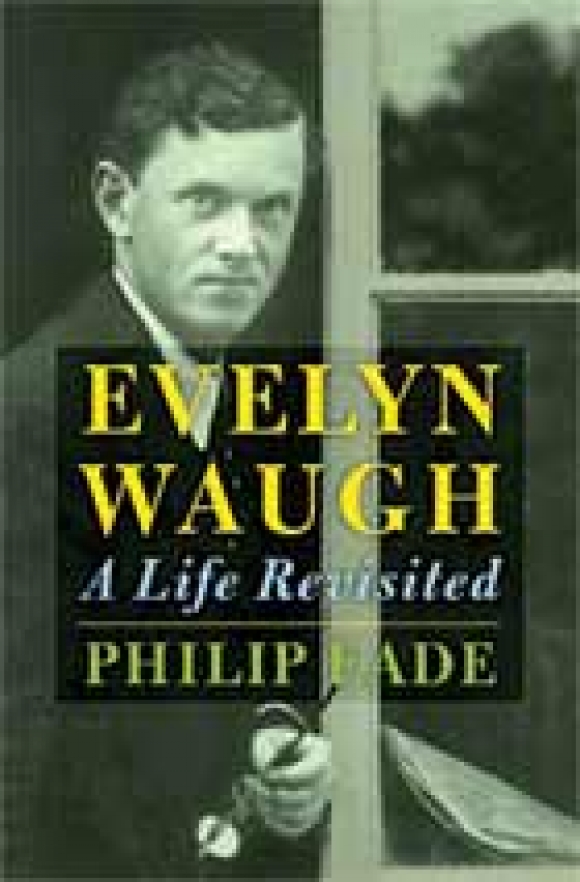 Fifty years ago this past spring, on Easter Sunday, Evelyn Waugh died of a heart attack in his home in Combe Florey, England.

Both during his lifetime and in the years following his death, Waugh’s literary reputation underwent several transfigurations. Though Waugh was regarded in mid-life as one of the greatest writers in the English language of his time, his later work was attacked by many critics as being out of step with the times. In the 1980s, with the BBC production of Brideshead Revisited, Waugh’s star once again began an ascent to place him rightfully among the literary geniuses of the twentieth century. Decline And Fall, A Handful of Dust, Brideshead Revisited, his World War II trilogy, Sword Of Honour: these and most of Waugh’s other writings have not only stood the test of time, but are well worth a visit from readers unfamiliar with his work.

In addition to collections of his letters, journals and essays, several biographies of Waugh have appeared in the last 40 years. (If you are looking for wit and humor, I particularly recommend The Letters of Nancy Mitford and Evelyn Waugh). These biographies — the two volume set by Marin Stannard, the Christopher Sykes and Selina Hastings biographies, the accounts of his life by several relatives — are all worthy of the attention of Waugh’s readers.

If, however, you are looking for a readable and updated examination of this author’s life, you might turn to his latest biographer, Philip Eade, and his splendid book Evelyn Waugh: A Life Revisited (Henry Holt and Company, 2016, 404 pages, $32).

In taking readers through Waugh’s life, Eade steers away from analyzing Waugh’s books, focusing instead on the major events of Waugh’s life and the influences of his family and friends. Eade takes us from Waugh’s youth, when he felt his father and older brother were bound together in a way that excluded him, to his time as a dandy at Oxford where he performed poorly in his studies but carried away material and ideas that would serve him well in his later writing.

We see him deftly make his way through the world of the Bright Young Things of the 1920s, which he would satirize in his novel Vile Bodies. Though crushed emotionally from a failed first marriage — his wife, who was also named Evelyn, deserted him to become the lover of another — he eventually married Laura Herbert, a young woman who became the mother of his seven children, one of whom died in infancy. Though middle-aged and with a family, Waugh fought in the Second World War and continued to write until his death in 1966.

Though I have read much by and about Evelyn Waugh, I enjoyed Eade’s look at Evelyn Waugh’s personal life. In some anecdotes, both here and in the other studies, Waugh comes across as a monster, out to insult and terrorize those around him, including his family and friends. He had a reputation for being conservative (he was), for despising the modern world (he did), for misanthropy (mixed opinions here), and for a sharp tongue and acerbic wit that could, as his son Auberon Waugh once wrote, “quail” even generals and chancellors of the exchequer. Once, when asked by a friend how as a convert to Catholicism he could be so nasty, Waugh responded: “You have no idea how much nastier I would be if I was not a Catholic. Without supernatural aid I would hardly be a human being.”

Yet as Eade demonstrates, Evelyn Waugh was extraordinarily generous to his friends, to many of his fellow writers, and to various Catholic charities. He wrote letters commiserating with friends who suffered divorce, bad reviews and other personal setbacks. (Eade doesn’t mention it, but Waugh gallantly defended Earnest Hemingway’s Across The River And Into The Trees when many reviewers savaged that novel). When Catherine Watson, an American Catholic convert who was married with five children, came to visit Waugh with her lover, the novelist Graham Greene, she wrote ahead to Waugh and asked if the visit would “embarrass” him. He replied, “Please believe that I am far too depressed by my own odious, if unromantic, sins to have any concern for other people’s. For me it would be a delight to welcome you here.” Her visit was a success and helped strengthen Waugh’s friendship with Greene.

Eade corrects some of the distortions about Waugh’s character by mining new documents, letters and unpublished memoirs. Alexander Waugh, Evelyn’s grandson, is now editor-in-chief of the Oxford University Press’s Complete Works of Evelyn Waugh, with the first of 43 volumes due out in 2017. Alexander Waugh encouraged Eade to write this biography “to mark the half-centenary of his grandfather’s death” and generously shared with Eade “the most comprehensive Waugh study archive in the world.” These papers have shed light on Waugh’s obsessive love for Teresa ‘Baby’ Jungman, his relationship with his first wife, and his dealings with Alastair Graham, an intimate from his Oxford days who likely served as the model for Sebastian in Brideshead.

In his Preface, Philip Eade writes that his is not a “critical” biography, “but aims to paint a fresh portrait of the man by revisiting key episodes throughout his life and focusing on his most meaningful relationships.” In this endeavor Eade has admirably succeeded.

(Jeff Minick can be reached at This email address is being protected from spambots. You need JavaScript enabled to view it..)