Kind hearts, allow me to introduce Police Detective, Harry Hole. Let me warn you in advance, he is an alcoholic who manages to keep his job in the House of Pain (Oslo’s Robbery Division) by cunning and a talent for catching elusive criminals — a fact that pleases his superiors and angers many of his career-minded peers. Harry prefers to work alone and has a reputation for using “unorthodox methods.” Although acquaintances frequently describe him as “tall, sullen, blond ... and ugly.” (He maintains relationships with women that tend to be perverse, passionate and/or downright disturbing.

At the present time, the Norwegian author, Jo Nesbo, has completed a half-dozen thrillers that feature Harry Hole. As a result, Nesbo has become the most popular detective fiction writer in Europe. Due to the complexities of publishing (and translating) Norwegian fiction into English, Harry Hole’s following in America has been delayed. The first novels — The Redbreast, The Devil’s Star, The Leopard, The Redeemer and Nemesis — have become astonishingly popular throughout Europe and although they are now available on Amazon, some titles are still difficult to acquire. The advance sales demand for Nesbo’s last two books, Snowman and Phantom, have already made them bestsellers, even though they will not be released in America until May (Snowman) and June (Phantom).

Amid a lot of promotional hysteria that calls Nesbo “the new Steig Larsson” (in this reviewer’s opinion, he is much better than that) and critical essays about the “Norwegian Invasion of crime literature,” it is clear that the Harry Hole novels herald an innovative and appealing development in crime literature. But how are these novels different? Is it Harry’s unique character or Nesbo’s gift for descriptive details?

This review focuses on Nemesis simply because this is the only Harry Hole mystery that this crime fiction fan could find. (The others are on back order.)  Nemesis is third or fourth in the Harry Hole series and as a result, a new reader may feel like he has entered in the middle of a movie. There are references to events that occurred several years ago, including the unsolved murder of Harry’s lover, Ellen Gjelten — a tragedy that is partially responsible for Harry’s dark moods and alcoholism.

There are also a number of recurring regular characters: Inspector Tom Waaler, a sinister police officer who has created a kind of vigilante squad of maverick cops and who hates/fears Harry (Tom may be involved in Ellen’s death), and Rune Avarsson, an envious administrator who bitterly resents Harry’s success in solving crimes.

In Nemesis, Harry Hole must solve two murders: the first involves the shooting of a female bank employee, Stine Grette, during a robbery. Harry is perplexed by the fact that the murder appears unnecessary since the surveillance cameras in the bank revealed that the masked robber had acquired the money ...yet he shoots the bank employee anyway.

The second murder is a bit more personal. A former girlfriend of Harry’s, Anna Bethsen (an unstable, failed artist), invites him to dinner. During the meal, he is drugged and dumped outside Anna’s apartment. When he regains consciousness, Harry has no memory of his dinner with Anna. When he returns to Anna’s (locked) apartment, he finds her dead in what appears to be a suicide. Notifying the police with an anonymous call, Harry silently watches as an inept investigation closes, finding the cause of death to be suicide. Although Harry suspects that Anna was murdered, he also realizes if the case is reopened he will be the prime suspect.

Adding to the intricate threads of the plot, Harry finds that the burglary division has recently employed  Beate Lonn, the daughter of a murdered policeman who possesses a rare talent called “fusiform gyrus,” which means that she can recognize and recall the details of every human face she has ever seen. Beate is assigned to work with Harry. (Yes, she may have seen Tom Waaler someplace he should not have been.) In addition, Beate has a condition called “Setesdal Twitch,” which I will refrain from defining since it would definitely spoil the conclusion of Nemesis.

Gradually, Harry begins to suspect that the two murders are connected. As he delves into the history of bank robbing in Oslo, he discovers that the most successful robberies have been carried out by gypsies. In fact, the leader of Oslo’s most efficient bank robbing team, a man called Roskol, continues to plan and execute robberies from prison where he sits  each day playing chess. To complicate matters further, Harry learns that Roskol allowed himself to be convicted for a crime that he did not commit because he is doing “penance.” At this point, Harry begins to ponder the close association between vengeance and love, especially in his own life.

There are far too many tension-ridden episodes in Nemesis to discuss in this review. However, among the most riveting are Harry’s “unofficial” trip to an unpleasant little town in Brazil to find a mysterious gypsy who may (or may not) be Roskol’s brother. Also, shortly after Anna’s death, Harry begins receiving taunting emails from someone who knows all about his dinner with Anna as well as a disconcerting amount of personal information about Harry. A further complication develops when Harry’s arch-enemy, Tom Waaler, develops an interest in Beate and decides to seduce her (while “Purple Rain” plays in the background). At the same time, Waaler devises a “foolproof” plot to destroy Harry. The plot becomes a complex series of boxes within boxes within boxes.

Perhaps what is most interesting about Nemesis, is Nebo’s ability to capture the lives and personalities of his characters through dialogue that blends discussions about suicide  (Albert Camus), American movies (“The Shining”, “BayWatch” (David Hasslehoff), the Horse-head Nebula, and Sun Tzu’s “The Art of War.” In fact, the discussions of music, abnormal psychology and a wealth of tantalizing knowledge definitely serve to make this Harry Hole thriller “a thinking man’s (or woman’s) murder mystery.” I guess I’m hooked. 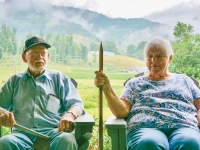 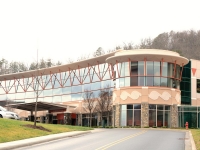