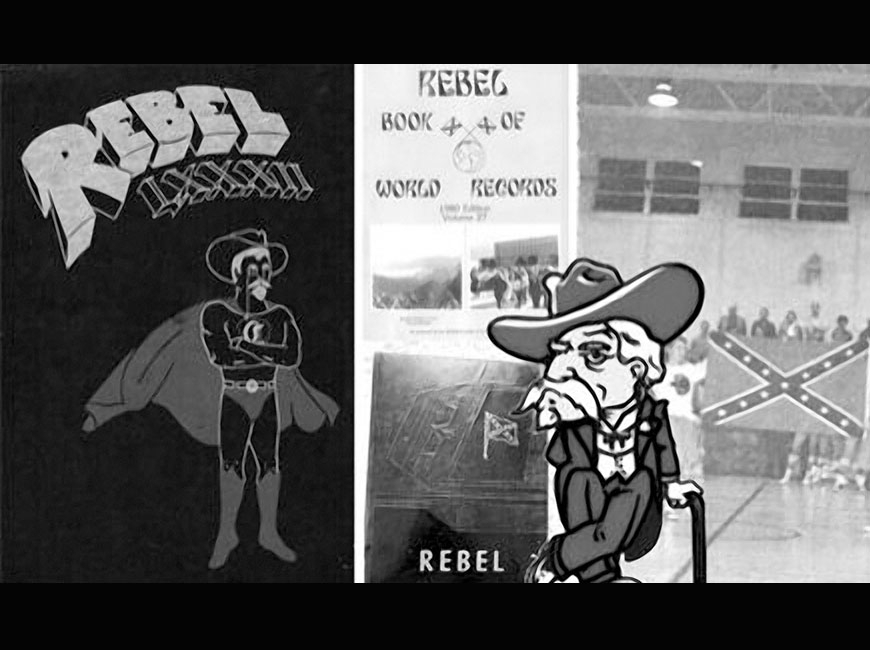 Cullowhee Valley School will no longer be represented by the Rebel mascot, which is personified by an old, white, confederate general.

After two rounds of public comment in opposition to the mascot, and a petition with over 900 signatories, the Jackson County School board decided Tuesday, Jan. 26, to discontinue use of the controversial name and symbol.

Over the past year, CVS graduates in Jackson County and around the country wrote letters to school board members and started a petition to engage the Jackson County community. They also began fundraising efforts for new signage and renovations needed if a new mascot could be decided on, and created education platforms in support of a new mascot.

At the school board meeting Tuesday night, Kelle Dinkelmeyer spoke in support of retiring the mascot. Though she is not from Jackson County, she says, she grew up immersed in southern culture. She said that in speaking to her daughter and her daughter’s friends, who attend CVS, she knows that many of the students there see the mascot as a symbol of hate.

“It’s not really a mascot, it’s a piece of adult nostalgia,” said Dinkelmeyer.

Annie McCord Wilson previously campaigned to change the rebel mascot when she was an eighth grader at CVS. At that time, the image of the rebel colonel was prominent in the school, painted on the walls in the gym, lunchroom and hallways. Her daughter now attends CVS and, McCord says, the image is more toned down these days.

McCord was one of the organizers of the group “retire the rebel,” that restarted the movement to change the mascot last year.

“I think that the cultural and political climate recently, gave us a good platform to encourage us to help the community make this change. There has been lots of awareness recently about racial injustice. People are confronting those parts of ourselves that we don't really like to confront, and people are educating themselves about implicit bias and ways that, even without thinking, we could be acting in a way that's discriminatory or making other people feel uncomfortable,” Wilson told SMN last October after she presented the petition to the Jackson County School board.

Speaking to the board during that October meeting Wilson said, “there is much that could be said, but I wish to keep it simple. The rebel mascot divides. An inclusive environment requires a non-controversial mascot that all CVS students can cheer for.”

Emily Virtue, a parent at Cullowhee Valley and a professor of education leadership, presented the petition with McCord.

The decision by the board to discontinue the Rebel mascot on Jan. 26, passed with a unanimous vote.

The motion stated that the mascot, name and logo at CVS be discontinued and that the students at CVS be permitted to select a new logo by no later than the start of the 2021-2022 school year. The timeline and process for selection by the student body will be left to the discretion of the superintendent and the administration of CVS.

Because there are such broad implications to changing the mascot for a school, the “retire the rebel” group has been fundraising for several months now to provide economic assistance for the change. The group hopes that the process of changing the mascot can be a learning experience for CVS students.