One more for the good times: The Dirty Soul Revival to rock Sylva 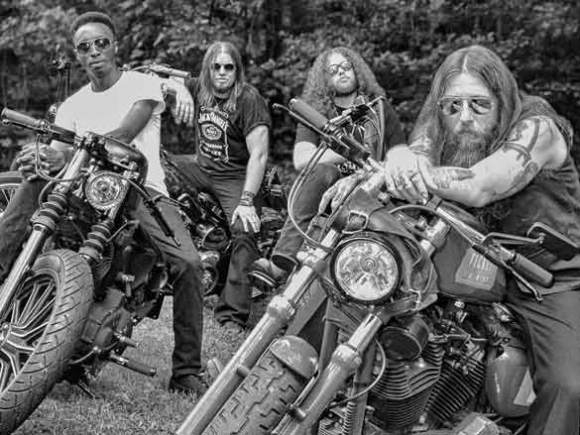 Rock-n-roll. In an era when sugar-coated pop stars and polished country acts are atop the charts, one wonders if there is any shred of real rock swagger and attitude anymore. Where is that sound and tone that pushes sonic barriers and actually challenges you to think outside the box with lyrical content that isn’t about riverbanks and moonshine, but rather focuses on the raw elements of the human condition?

Sure, if you look below the surface of the mainstream, you’ll find exactly what you’re looking for — the real deal. And when one digs deeper to see what’s out there in Asheville and greater Western North Carolina, The Dirty Soul Revival rises to the surface.

“I think that Asheville’s attitude is very cutting edge and avant-garde and is one of the only places I’ve been where music is celebrated for being unique and weird without question,” said lead singer/guitarist Abraham Anderson.

Alongside Anderson, Brandon Hill (guitar), Jason Taylor (bass) and Jerard Sloan (drums) make up the quintet. They’ve been rolling their way through every sticky floor barroom and back alley dive in Southern Appalachia with their hard edge brand of rock. Think of a darker, dirtier version of The Black Keys, or perhaps, if The Allman Brothers leaned more towards Steppenwolf, all with a steadfast motto of “no compromise.”

“It’s a bit trite to say, but honestly I just want to play the songs that I write with the amazing group of guys that I play with to be heard,” Anderson said. “At the same time, I would like to be able to do what I do without compromise and have people like it and have it just left alone by the industry. I think the first thing ‘the industry’ does is take the things that make a musician or songwriter or band great and start chiseling away at it to make it fit within the mold of what people are used to hearing, or what format best sells ad space.”

And with the melodies spinning around his head, Anderson looks to put to paper the quirks and daily instances that may bother others, but he looks at as creative energy.

“Anger, and things that annoy me in the world would be probably the largest well I draw from lyrically,” he said. “As far as music, I just try to come up with stuff that I would like to listen to that hasn’t been played yet, which is difficult at times because it has all been played before, and written, and sung. The only thing that makes any music original anymore is that fact that it comes from inside you, because people always play things differently, even when they are not trying to — and that’s what makes it new.”

Pointing to the key rock influences of the golden era of AM radio, Anderson and his group aim to pay homage to those heroes, and also preserve their legacy through live performance and studio recordings.

“Musical heroes used to range anywhere from Elvis to Sinatra to Hendrix. Now they are Beiber, Beyonce and Swift. Not saying there is anything wrong with it, it just doesn’t really inspire me personally,” Anderson said. “Music is a byproduct of human existence and I think it generally reflects the culture and mood of times it is written and I think that is only going downhill. I think there was an honest belief that people could change the system and make the world better then, now I think we are to preoccupied with technology to even live in this moment, to even be a real part of one another’s lives.”

Onstage, The Dirty Soul Revival shoves the listener to the back wall, where you start gyrating in ways you figured didn’t occur anymore. Hand gestures with your index and pinky fingers in the air. This isn’t your run-of-the-mill Saturday night broken beer bottle tribute band playing worn-out rock classics. This is rock-n-roll, in its purest form.

“Music is to me the single greatest thing man has ever done. To be a part of that in any way is a great thing to us,” Anderson said. “You can be the most skilled musician, or the most talented singer, but without putting yourself out for the world to see, it really doesn’t amount to much. What I respond to in music — and I think most people do — is not skill or talent. It’s when you genuinely feel that they are letting you in on something personal. Letting you be a part of an experience that they had. Whether it is sad, or triumphant or shameful. It’s when somebody really bares their soul to the world that really powerful music is made.”