Jackson County leaders are moving ahead with plans to open a liquor store in Cashiers, despite up to $200,000 in start-up costs that could take more than five years to recoup before seeing a profit.

Currently, Cashiers residents, vacationers and restaurant owners must make the half hour or more trip into Sylva to buy liquor at the ABC store there. But last year, voters approved a ballot measure to legalize the sale of beer and wine countywide — and to pave the way for county-run ABC stores.

In the lead up to the vote, county commissioners indicated Cashiers would be a ripe location for opening an ABC store if the measured passed. It did, and now less than a year later, plans are in the works to do just that.

“Now they are looking for a location,” County Manager Chuck Wooten said. 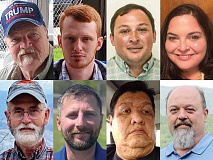 If they can’t find an existing space to lease, they will build a store, Wooten said.

County commissioners hoped a Cashiers ABC store would be up and running by summer — ideally by the Fourth of July when the summer resort season is in full swing. That now appears to be overly optimistic.

“There is a possibility we would not have a store in operation this year,” Wooten said.

Even if the county could lease rather than build from scratch, employees would have to be hired and trained, computer systems bought and merchandise stocked on the shelves.

All that will cost money — an estimated $160,000 to $200,000. The county would front the ABC board the start-up costs. The county would be paid back over time, but over how much time is a wild card. It would be a few years at least and depends on how well the store does.

“The big unknown is how much their sales will be,” Wooten said.

Commissioner Chairman Jack Debnam said an ABC store will have an economic impact on the entire Cashiers area.

“We realize we aren’t even going to break even maybe the first two to three years,” Debnam said. “But it is not all about the profit part.”

People buying liquor would need ice and mixers and probably some steaks to go with it, he said. And other shops could capitalize on the foot traffic an ABC store brings.

Debnam said the Ingles grocery store in Cashiers saw increased sales across all departments after they started carrying beer last year following the passage of countywide alcohol sales — not just increased sales from the beer itself.

Opening a Cashiers ABC store is also about the convenience factor for that population, Debnam and other commissioners have said.

Once start-up costs are recouped, ABC stores can be a modest moneymaker for the towns and counties that run them.

In Jackson County’s case, any gains in Cashiers would be partly offset by a loss of sales at the Sylva ABC store. The town of Sylva splits 50 percent of its ABC profits with the county.

If customers are siphoned off Sylva’s store, the county will lose $1 in the profit-sharing arrangement in Sylva for every $2 it makes at its own store in Cashiers.

The real boon, however, could be capturing market share that is now leaving the county. No one knows exactly how many people venture into neighboring Macon or Transylvania counties to hit the ABC stores there, or how many second-home owners simply stock up at home before their stay in the mountains, Debnam said.

Stocking the shelves would comprise the biggest piece of the $160,000 to $200,000 in start-up costs, since inventory must be bought and paid for upfront from the state’s warehouse. ABC stores also must use a specific computer system that links with the state’s controlled liquor warehouse for placing orders and tracking shipments and sales. 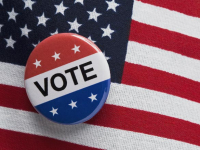 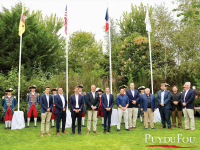 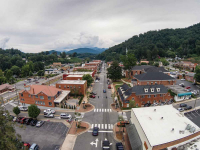