The dark side of Mill Street 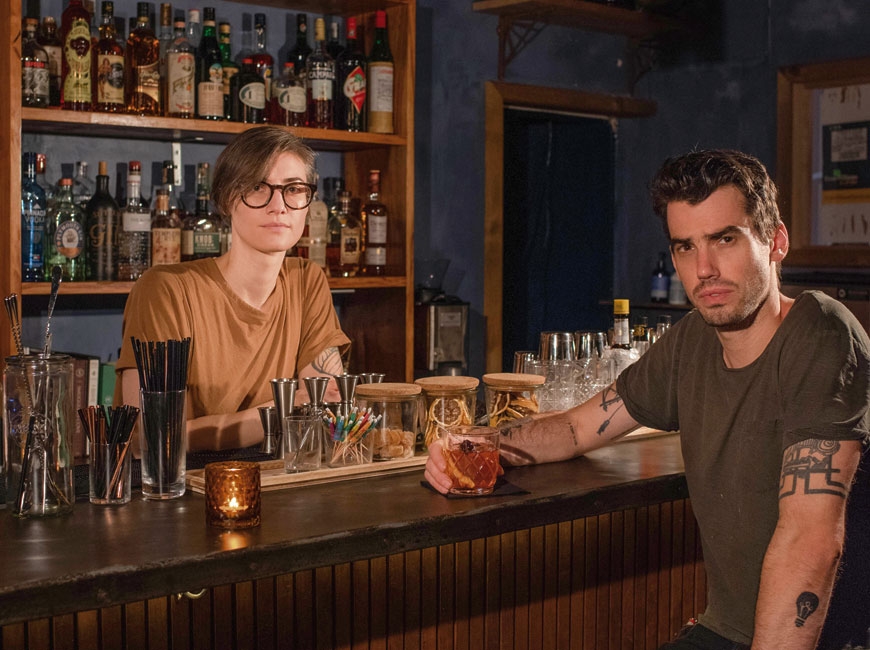 Crossing the threshold of the White Moon café in downtown Sylva, one is immediately drawn in by the scent of culinary delights and unique beverages. But, against the back wall is a nondescript door. There’s no sign on it, nor is there any indication that the entryway serves any more of a purpose than a broom closet.

“I enjoy coming up with all of these different kinds of craft cocktail recipes, carefully measuring out everything and making sure everything is perfect in presentation and taste,” Panicko said. “There’s no cutting corners with our craft cocktails — your Tuesday drink will taste the exact same as your Saturday drink.”

In terms of the current pandemic and state mandates, all safety protocols are being followed. Dark Moon will offer limited capacity seating, as is already the case with White Moon. And even though Dark Moon was conceived before the shutdown (and constructed in recent months), White and Panicko were steadfast in keeping their vision alive, now coming to fruition.

“We’re all in uncharted territory right now as business owners, but we knew we needed to adapt and not standstill — we needed to evolve and ensure our survival,” Panicko said.

“We didn’t close a single day during the shutdown,” White added. “We survived for months simply barricading the front door and taking online orders. And what’s really great is that during that time, the local community started to catch on to what we’re doing — we’re very appreciative that people love and appreciate us.”