Play by your own rules: A conversation with Sam Bush 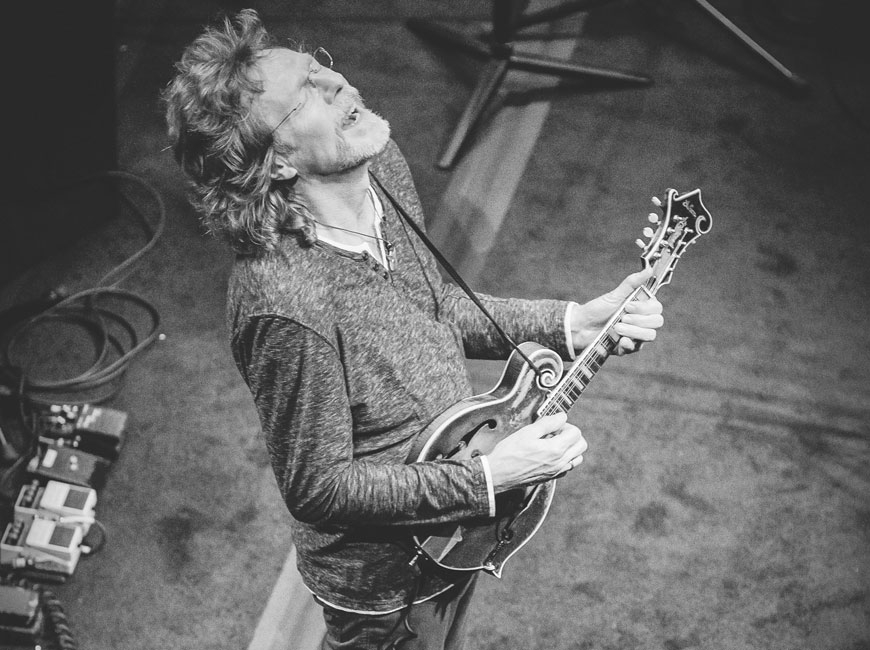 Fresh out of high school in 1970, Sam Bush was a teenager in Bowling Green, Kentucky, with aspirations of being a touring musician.

With his mandolin and fiddle in hand, he took off for the bright stage lights of Louisville, teaming up with bluegrass guitar wizard Tony Rice as part of the iconic ensemble that was The Bluegrass Alliance.

Just a year later, Bush would form New Grass Revival, a groundbreaking string act that would forever change the landscape of that “high, lonesome sound.”

Incorporating influences from all aspects of their backgrounds, NGR would seamlessly blend the traditions of bluegrass with more contemporary and experimental styles. This year, the group was rightfully inducted into the IBMA Bluegrass Hall of Fame.

Now 68, Bush has been hitting the stage with The Sam Bush Band for several decades. Regarded as a pillar of bluegrass music, Bush remains a torchbearer for not only the past and its deep roots, but also the bright future and ultimate survival of string music in the 21st century.

Smoky Mountain News: You’ve been on the road touring for decades. During the shutdown, what was it like to actually have to stand still?

Sam Bush: That’s been its own challenge. I always wondered what it’d be like to maybe be retired. Well, I found [out] pretty early on that I’m not ready to retire. I just love playing music and I’ve never appreciated it more than perhaps in the last 10 years. I’ve learned a new appreciation over the years and I’ve always felt fortunate to get to do this for a living.

SMN: What is it about that last decade that’s really circled back and brought it home to you?

SB: I guess it’s just getting to a certain age, you know? I’m now 68 and as I was approaching [60] it was just like, “Wow. I’ve really been doing this a long time.” I started traveling for a living since I was at 18.

[Right] out of high school, moved up to Louisville, Kentucky, from Bowling Green and just started playing music for a living. It’s hard to believe that you’ve done something so long. But, on the other hand, I’ve always gotten to make a living doing something that I truly love to do.

SMN: When you think back to 50 years ago when you made that move after high school, what sticks out most? What you were thinking about with that first big leap?

SB: Well, what I was realistically thinking about at the time was the fact that I got to leave a job as a bus boy at the Holiday Inn in Bowling Green and move up to the big city of Louisville and play music.

Back then, the normal job you’d have would be to play four or five nights in a club. And so, that was the first thing I got to start doing when I moved to Louisville, playing bluegrass music for a living five nights a week.

Festivals were in their early infancy then in 1970. As the festival scene grew, we would still play all winter in these clubs. You get to play in the clubs and it was as if going to festivals was our reward.

I remember when I was in The Bluegrass Alliance and we had been playing in the clubs a little bit, a couple months. And it got to be October. We drove up from Louisville to Michigan and played a festival. Michigan in October — it was spitting snow on Sunday afternoon when we played.

And that’s where I [first] met Del McCoury that weekend. Matter of fact, Tony [Rice] borrowed Del’s guitar for that [Michigan] set. And look how you’ve made friends for life — that’s happened for us in playing music for the last 50 years.

SMN: That’s one of the things I love most about working not only in the music industry, but especially with bluegrass, is that when I do cross paths with those people, it is the most embracing and welcoming genre.

SB: Well, it always has [been]. As I was learning to play bluegrass music, the audience for bluegrass was such a small club to get to be in — we all knew each other. And we’re all making friends out in the audience.

Bluegrass style music is pretty unique, in that many people in the audience play an instrument and play the music — all the more reason that they’re an educated audience you’re playing for.

And when we got to those festivals, we knew that the people in the audience are knowledgeable about what we’re doing. That was a real boost over playing a loud club where you can barely be heard over the roar of the drums.

SMN: The majority of your life has been on the road and playing music, interacting with people from all walks of life. What has the culmination of those experiences taught you about what it means to be a human being?

SB: Well, it’s taught tolerance for people. We don’t all think alike and that can’t be expected. It’s taught acceptance of new ideas, ideas you haven’t thought of, that you didn’t know about at first. And forgiveness of things you don’t understand.

Overall, [it’s taught] a great sense of gratitude. Let’s face it, things don’t go like you want them to. This year is teaching the world more patience. So, maybe we can all be more accepting of different ideas as we progress through all of this.