‘Save Our Stages Act’ now in the hands of Congress 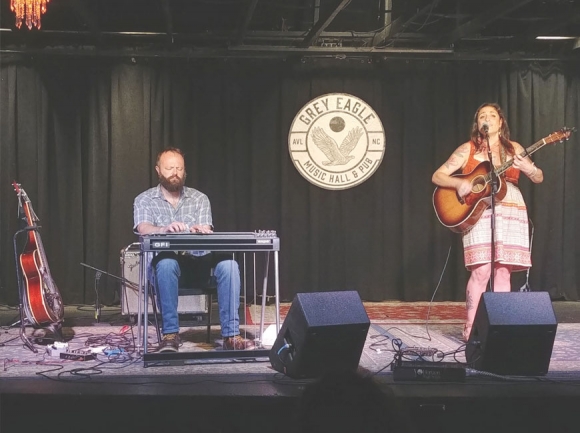 Standing in front of a microphone on Sunday evening, singer-songwriter Jane Kramer looked out onto the small, socially-distant crowd inside The Grey Eagle Music Hall in Asheville. Each table of patrons were several feet from the next table. Though masks covered the faces, the smiles and laughter could not be contained.

“What a beautiful occasion to play music in front of people — I can’t tell you how much I missed this,” Kramer noted between songs, making light of the moment all in attendance reveled in.

In the midst of the Coronavirus Pandemic and economic shutdown, the live music industry was the first to close, and will arguably be the last to reopen. Though small showcases are slowly returning to the stage, the live music business as a whole will not reappear for many more months, perhaps years, according to industry experts and health officials.

“When all live music stopped in March, I figured we would be open in some capacity for larger events by now,” said Russ Keith, owner of The Grey Eagle. “But, the [case] numbers [and state mandates] aren’t allowing for it, and I don’t see it getting better. At this point, I don’t see us opening back up to normal shows and a full calendar schedule until at least next year.”

During a normal year, The Grey Eagle plays host to over 350 performances from local, regional, national and international acts. The venue’s calendar has been pretty much wiped clean until next spring, with patio shows and the occasional limited capacity indoor gig dotting the schedule.

“Venues like The Grey Eagle are the heartbeat of a community and what it means to be part of an arts and cultural experience,” Kramer said. “These independent venues offer an intimacy between an artist and the audience that can’t be replicated. And what we’re starved for right now as a society is human connection, something that these stages provide — we can’t lose that.”

In the wake of the shutdown, The Grey Eagle (as with most venues) had to get creative to find new avenues of revenue to keep the lights on and the bills paid. Live streaming of performances has helped, so have donations and fundraising through online merchandise purchases. The Grey Eagle has even offered “The Golden Ticket,” which is a raffle (currently happening) for a chance to win a ticket for a year of free concerts at the venue. 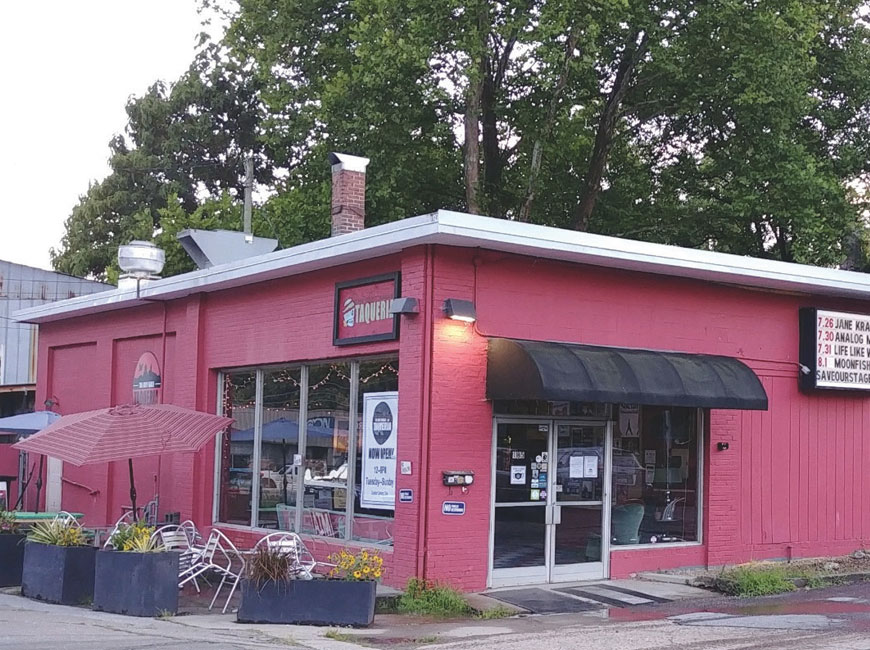 “Right now, we’re just going month-by-month. And we’ve been lucky to have such great support from the community thus far, but that can only last so long,” Keith said. “We’ve already lost one great Asheville music venue to these financial strains with The Mothlight [closing last month] — they probably won’t be the last one to disappear from our scene.”

On a national level, there are big strides being made to ensure the survival of independent music venues. Titled the “Save Our Stages Act,” the Congressional bill was introduced by Sen. Amy Klobuchar (D-Minnesota) and Sen. John Cornyn (R-Texas), which is also being championed by the National Independent Venue Association (NIVA). If passed, the bill would provide six months of financial support for venues and their employees.

“Our role as local, independent venues is an important part of the community, where our shows here bring in upwards of 500 people each night,” Keith said. “All of those [concertgoers] eat at the local restaurants and breweries, and stay at the hotels nearby — that’s a huge economic weight we won’t be able carry moving forward if we can’t get the help we need to be able to stay afloat and eventually reopen.”

Finishing up her set, Kramer set down her guitar and thanked the audience. Exiting the stage, she put on her mask and headed to the lobby to sell some merchandise and sign a few albums. Though sincere and genuine, the interactions are purposely at an arm’s-length. Kramer is grateful for the opportunity to once again step onstage, and do so within the hallowed walls of The Grey Eagle.

“Independent venues are the cornerstone of the Asheville music and art community,” Kramer said. “And for me, as an independent musician who makes my living playing shows, it’s these smaller venues across the country that give artists like myself a platform and a chance to perform and grow as a musician — these venues are vitally important to my quality of life and everyone’s quality of life.”

Supported by the National Independent Venue Association (NIVA), the “Save Our Stages Act” is currently making its way through Congress in an effort to get passed.

The bill is aimed at supporting and preserving beloved independent music venues across the country who are currently facing harsh financial obstacles in the face of the current pandemic and shutdown.

To learn more about #SaveOurStages and to sign the online petition, please go to www.saveourstages.com.

As well, The Grey Eagle #SaveOurStages Golf Tournament will be held at noon Sunday, Aug. 30, at the Omni Grove Park Inn golf course in Asheville. The cost to play is $125 per person or $500 for a team.

To register for the tournament, go to www.thegreyeagle.com and click on the “Calendar” tab (scroll down to Aug. 30).